I’ve always been fascinated by objects made by people thousands of years ago which survive in present-day museum collections. In particular, I’m interested in the material culture of the ancient Mediterranean, especially Greece, Rome, and Cyprus. So I was excited to have the opportunity, generously funded by the Society of Antiquaries of Scotland, to travel from Leeds to Summerlee Museum to explore the collections of antiquities there.

Some of these can usually be found on display at Summerlee, where you may have seen a group of ancient Roman lamps, and in Cumbernauld Museum and Kilsyth Library. Others are kept in storage. Unwrapping a box of stored objects, when you’re not sure exactly what you’re going to find, is always an exciting moment!

And there were certainly some treasures, many which can be traced back to the early history of Airdrie Museum, and beyond that to ancient Egypt and Cyprus. Pots such as this one had their tomb number painted on them soon after they were excavated: 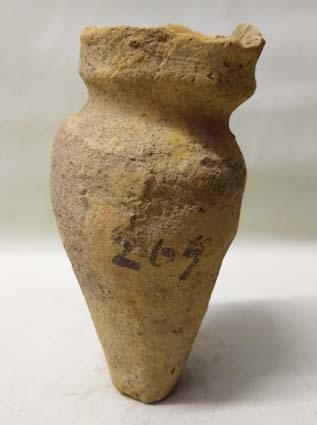 This allows them to be linked to the excavations conducted at Beni Hasan by the well-known Egyptologist John Garstang between 1902 and 1904. In February 1904 Garstang offered ancient Egyptian pottery free of charge to UK museums, an offer which was eagerly taken up by the committee of Airdrie Museum, who duly received 42 pieces of pottery, some of which still survive today. 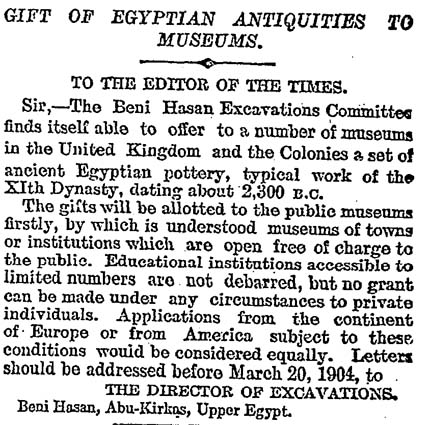 Letter from John Garstang to the The Times, 18 February 1904

The collection also spans a huge period of Cyprus’ ancient past. This elegant flask is a ‘spindle bottle’ dating from Late Bronze Age Cyprus (around 1550-1050 BC): 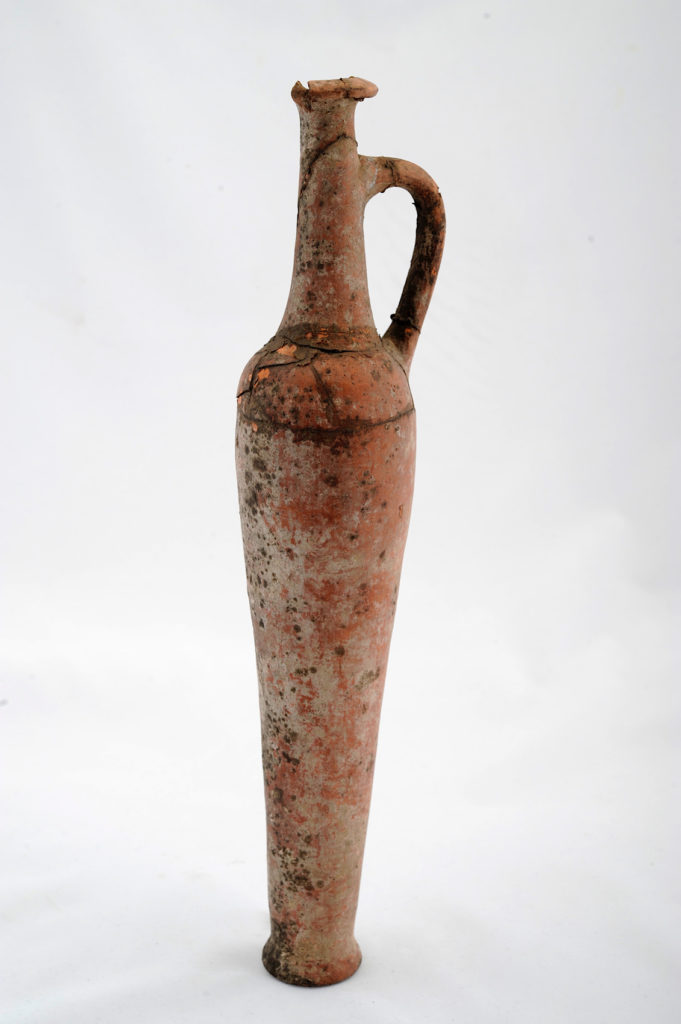 Around a thousand years later, this Roman lamp has a maker’s mark known as a planta pedis on its base, in the shape of a foot – you can just about see the toes! 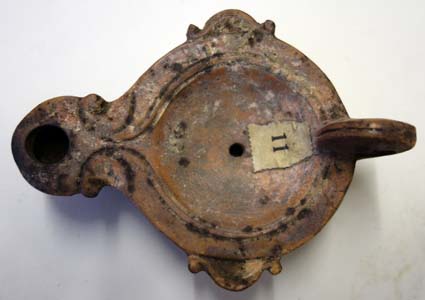 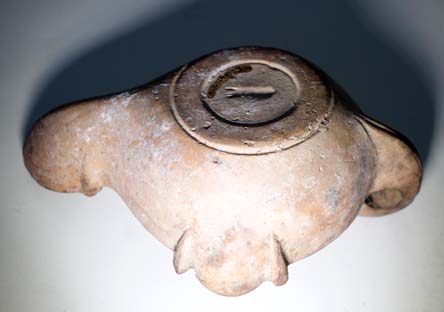 The underside of the lamp with maker’s mark in the shape of a foot.

A tiny feeder, maybe for a baby, stands less than 8cm tall and has a small, delicate loop handle and spout: 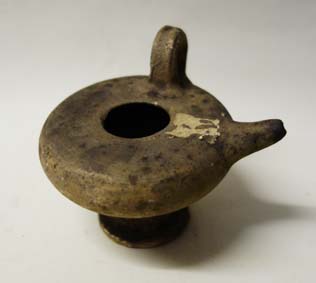 Feeder, possibly for a baby.

At the other end of the scale, a robust transport amphora is about 75cm long and would have been packed with hundreds like it to transport commodities around the Mediterranean:

Most likely these and many of their companions from Cyprus came to Airdrie Museum when it opened in 1895 as part of the ‘Braidwood Collection’ of Dr J.S. Hunter-Selkirk, who donated so many objects that he was honoured with the freedom of the Burgh. There are now plans to make more of these objects accessible online, so they can be enjoyed locally and further afield, and their stories can be explored which connect today’s collection to both the recent and the ancient past.

Anna Reeve is a researcher of ancient Cypriot museum collections, and lives in Leeds.