Go ahead, get your giggles out now because you are going to be saying these words in your head if you read further and I want you to be prepared.

As an American working with the curators through my work placement at the Summerlee Museum, I found that some of the words I am used to saying cause some sniggering if I am not careful. To me, “pants” meant “trousers” and “knickers” was a word I only heard in period films.  To avoid more embarrassment, I decided to look at names that museums use. As I searched through the collection databases of the V&A, National Trust for Scotland, Glasgow Museums and CultureNL I couldn’t find a consistent pattern in what underwear was called. The terms drawers, knickers, and bloomers were overlapping on similar objects and sometimes were just called “underwear”.

Here is a graph of the main terms for the underwear at CultureNL:

The confusion of what to call underwear doesn’t seem to be just a present day problem. Women have been negotiating the world of undergarments for a long time. I am not sure we can call it an “evolution of underwear” but a constant struggle between morally acceptable, style, and comfort.

The first divided leg underwear were drawers, named because of being “drawn on” to the body. Women’s drawers started as open-crotched due to toilet options and were very similar to men’s drawers. 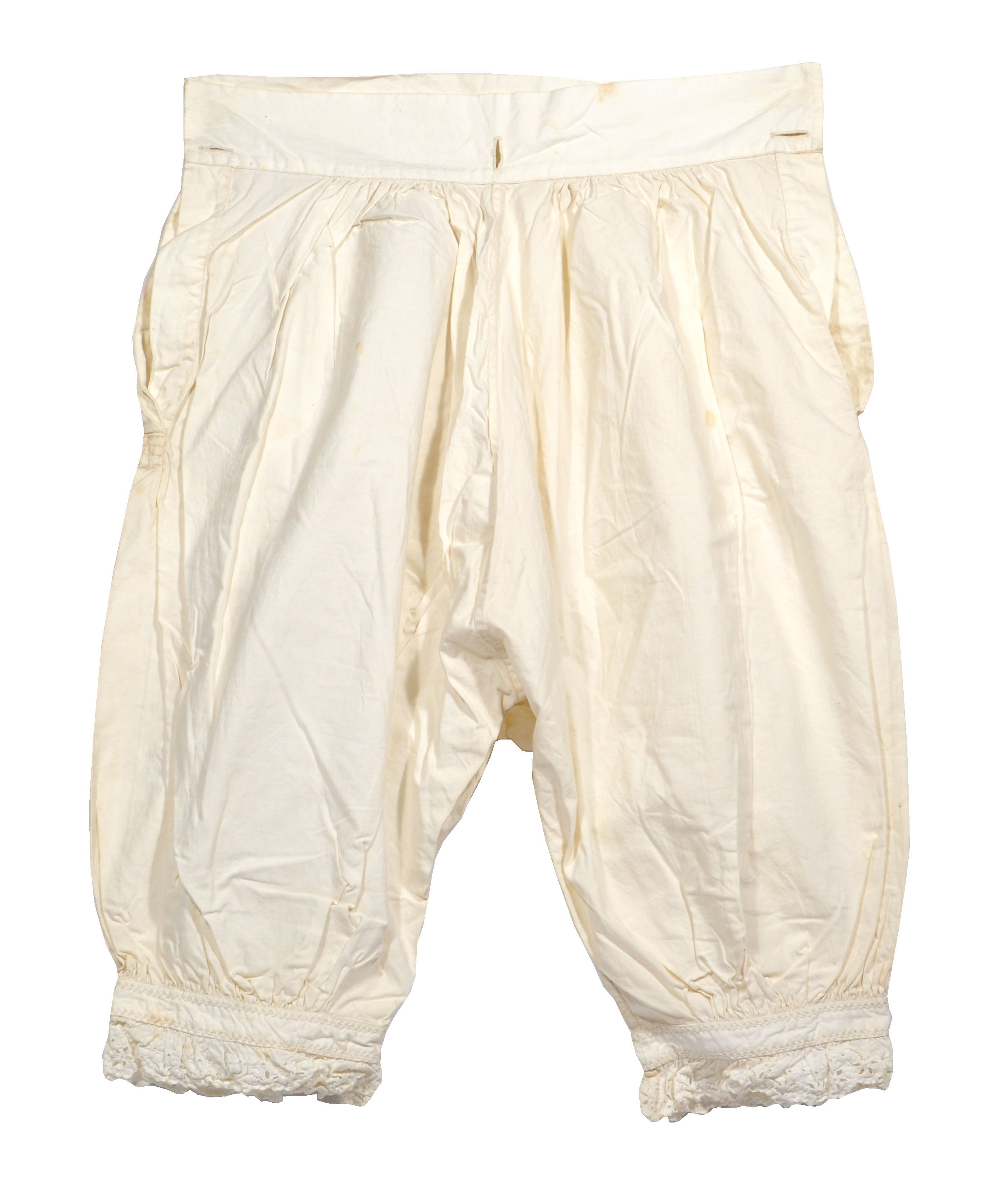 The drawback with the larger bell-shaped dresses in the 1800s was that there was more of a chance that an accidental fall could reveal everything while wearing open-drawers. The Victorian sensibility couldn’t have that, so closed-crotched drawers became common around the 1880s. Design features to give an option between open and closed drawers were button closures along the opening, or an attached narrow piece of fabric that could fill the gap when needed, with buttons at mid-point between the legs. 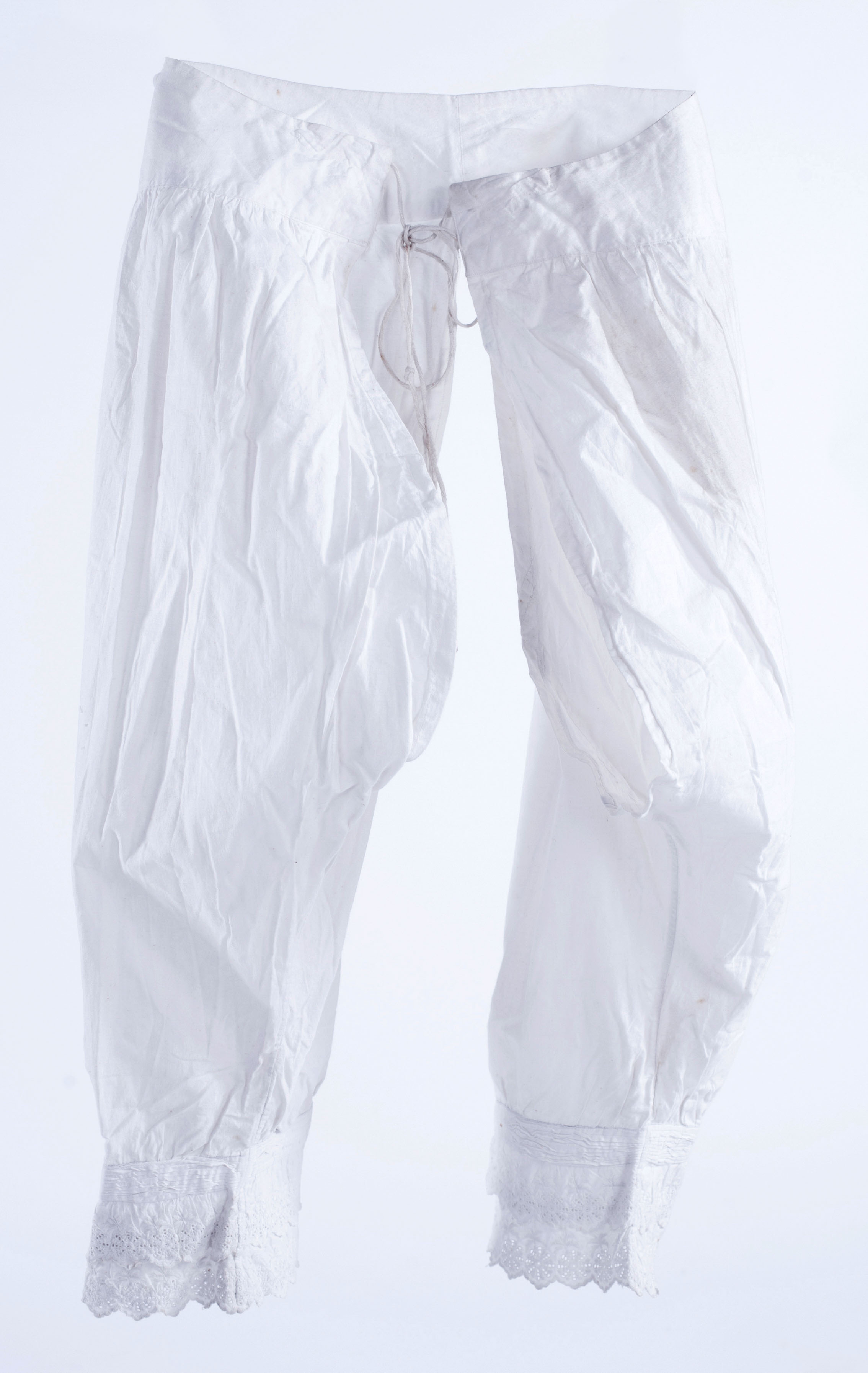 The length of longer drawers even came under scrutiny. Longer drawers were on a modesty seesaw. They covered more of the feminine leg, but they could also be. . . gasp! . . . seen below the hem, which was immodest. By the 1860s-1880s drawers became shortened to knee level and gained the name knickers. 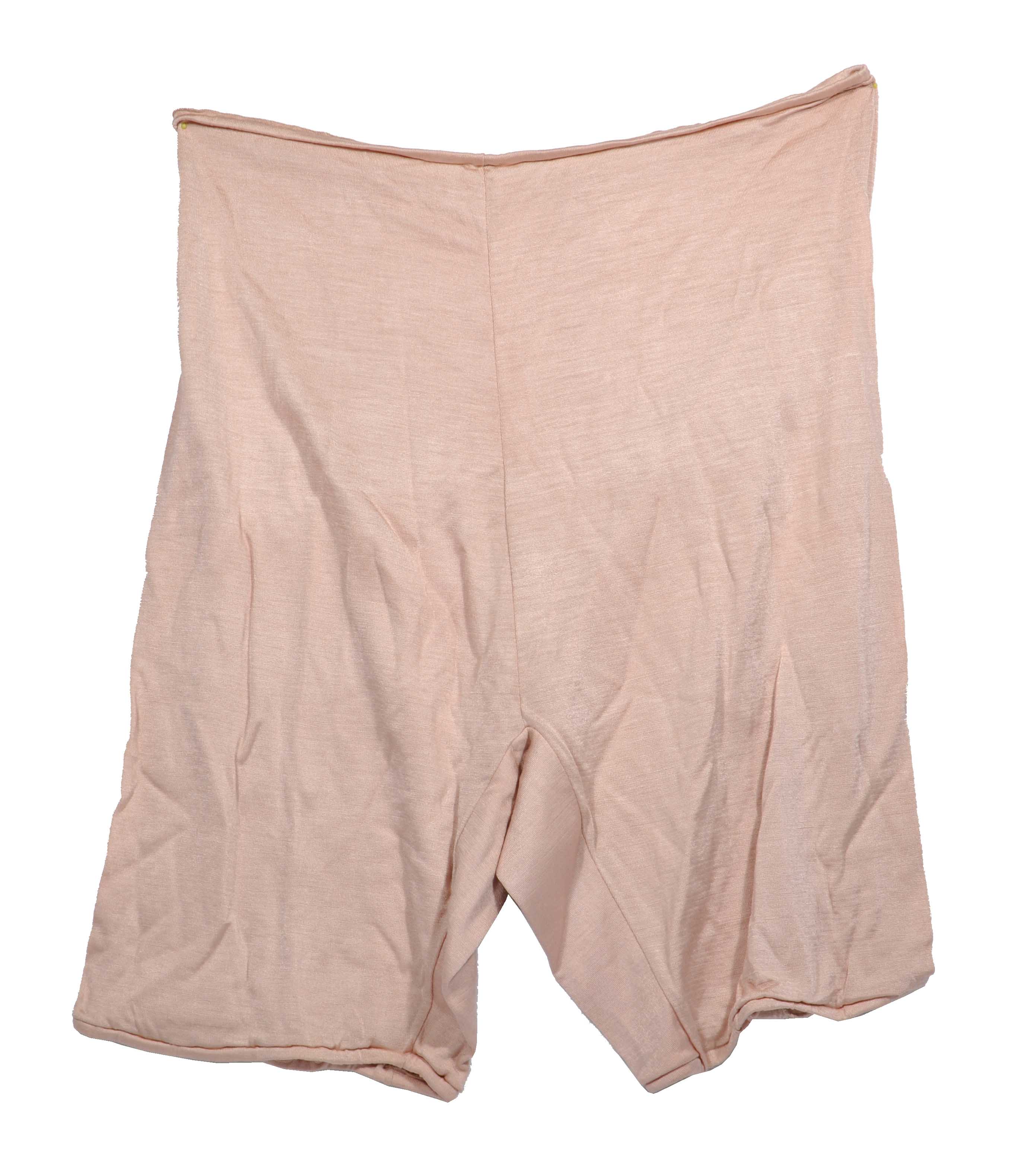 Even within the term knickers, there are many types such as the Directoire and the camiknickers that came out in the 1900s with the advent of easily manufactured and washable fabrics. I bet you can think of many different types just within Marks and Spencer’s.

“Bloomers” is another term that is used broadly. It seemed the word bloomers has become a catch-all term for historical underwear that can also mean drawers or knickers. Bloomers started as a part of a Bloomers Costume that fell to the ankle to be worn with a shorter dress but still covered the legs in a trouser-like-way. Later bloomers referred to active-wear trousers for women. See the above timeline for more on bloomers.

So, next time you have to choose between saying drawers, bloomers or knickers, I suggest using interpretive dance instead.

Amy Ollila graduated from Hamline University in 2009 with a degree in Elementary Education and Archaeology. She has been teaching, working in living history museums and was a commercial archaeologist for the state of Minnesota for the past 8 years. Currently she is finishing up her Material Studies and Artefact Studies Master’s degree through the University of Glasgow.