Andrew Muir was born and brought up in Garden Square, Airdrie. He became a policeman in the town around 1930. He left to serve as a Royal Marine during the Second World War but returned to the Airdrie Burgh Police Force again in the 1950s. 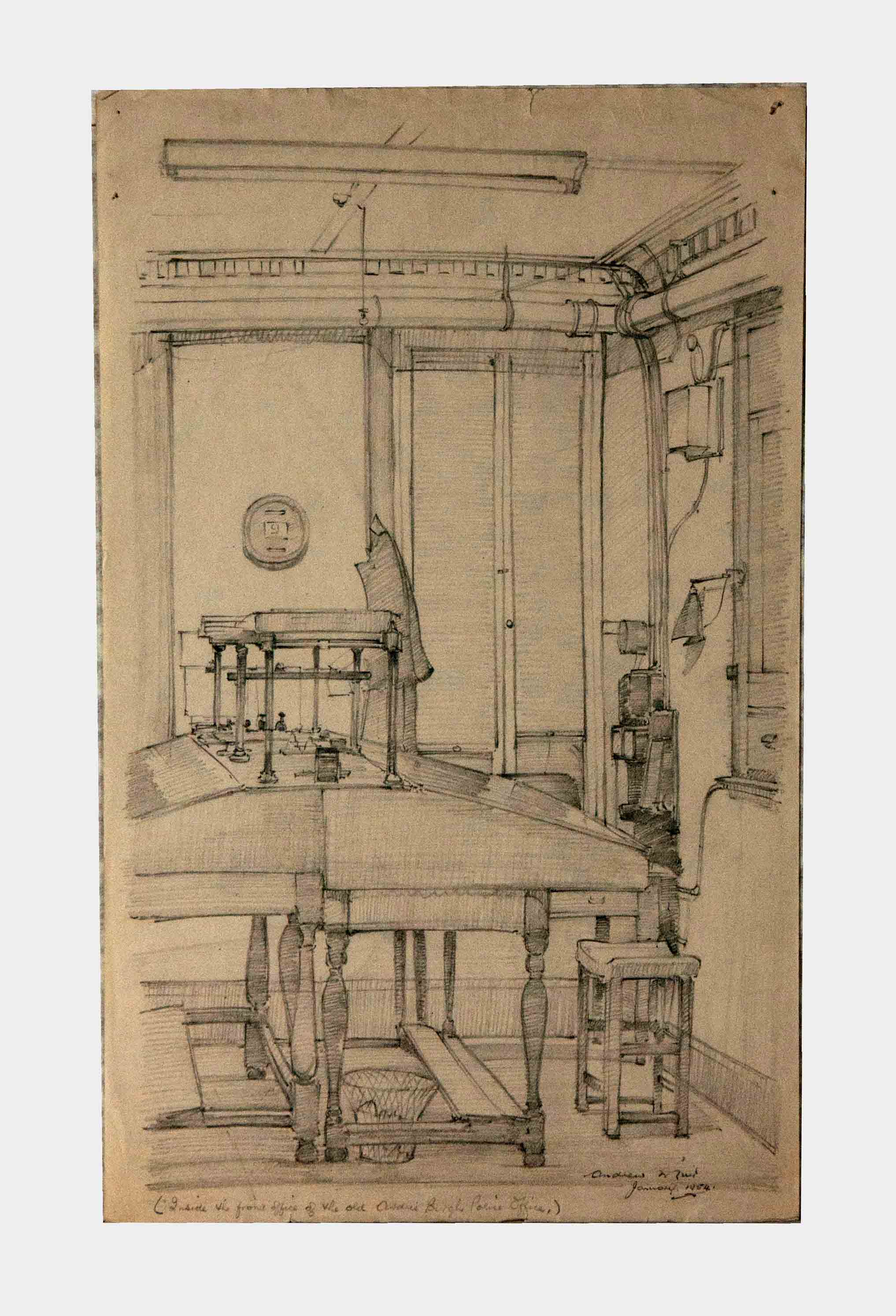 In addition to his day job, Muir was a keen amateur artist. He belonged to the Airdrie Academy Sketching Club, which held annual exhibitions in Airdrie Library. The club’s members were often seen sketching scenes around the town on Saturday mornings. 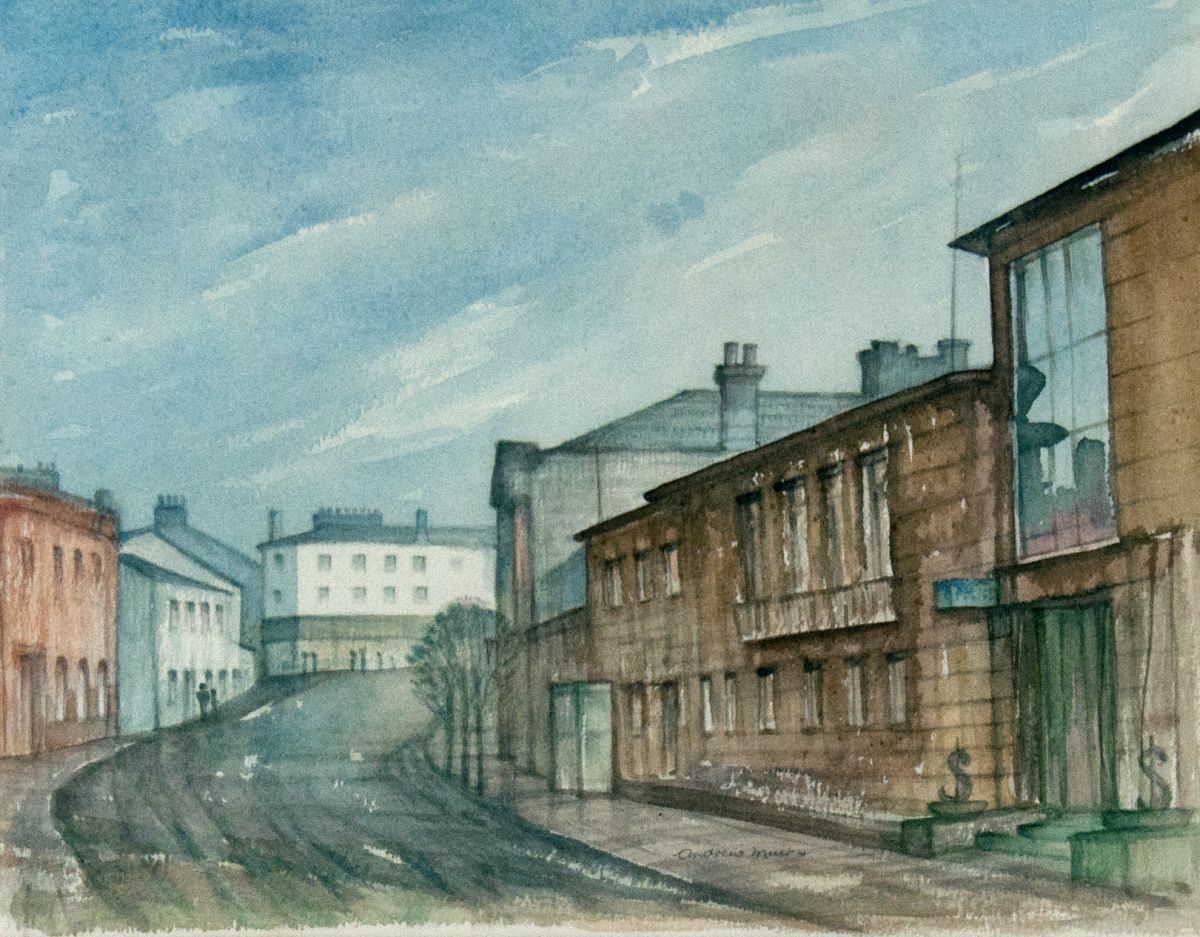 Around the 1930s to 1960s Muir took a series of photographs to document the streets, buildings and landmarks of Airdrie and the surrounding area.  He used these photographs as a basis for his scenic watercolour paintings. 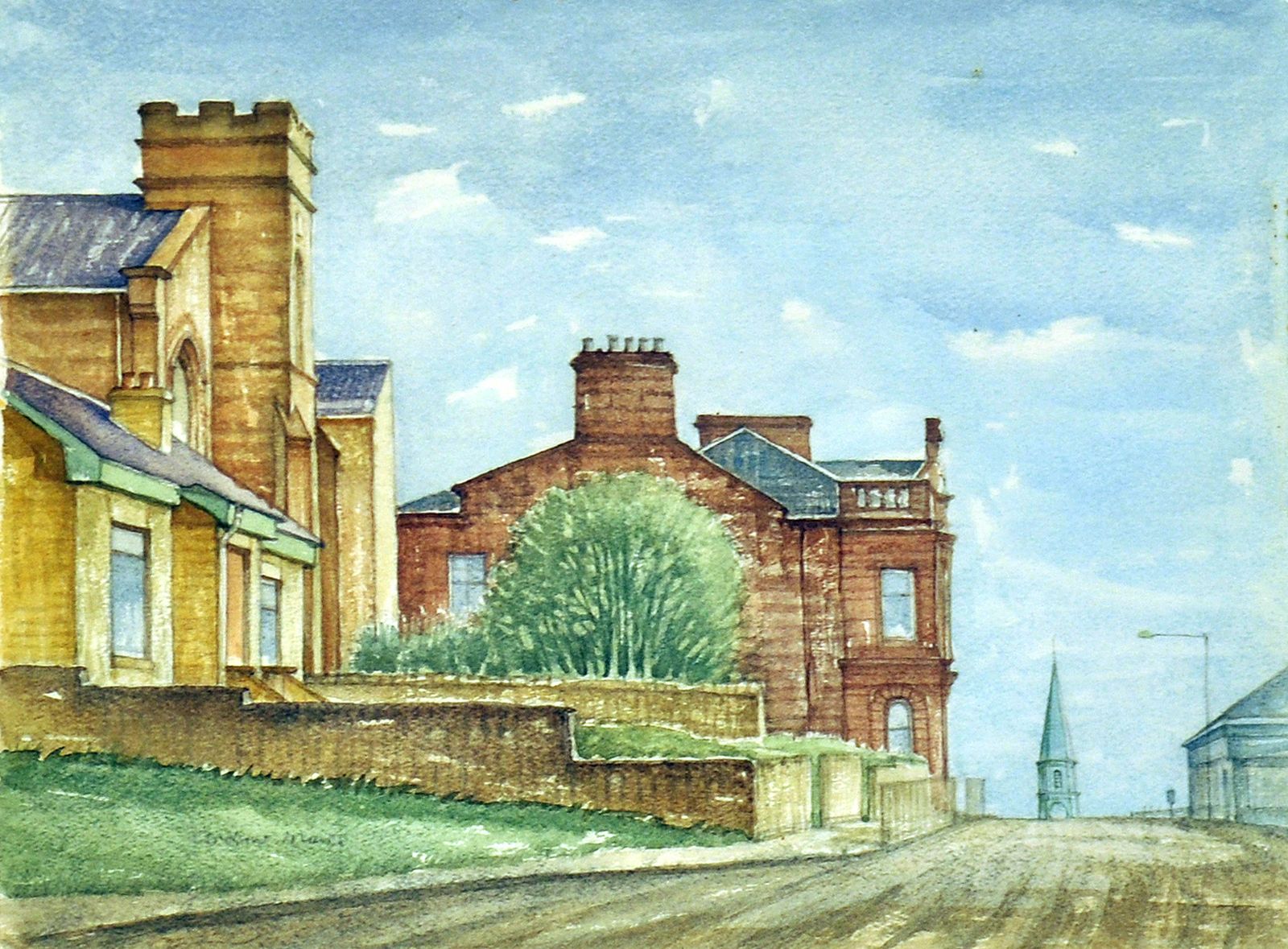 These watercolours now provide a wonderful pictorial record of Airdrie as it was prior to the major changes made to the town in the 1970s and 1980s. 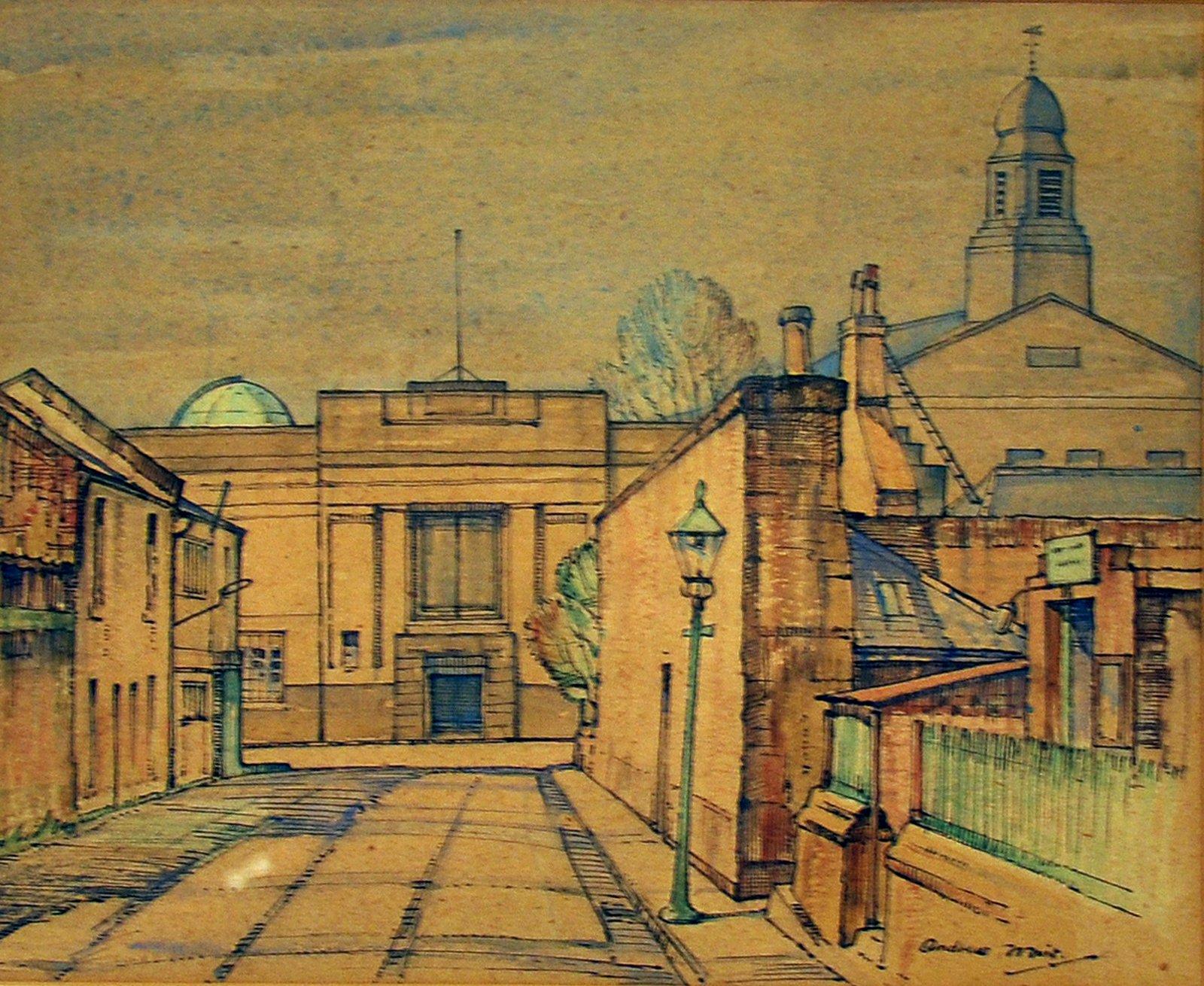 Muir was also the principal illustrator for The Book of Airdrie (1954). A number of these illustrations were reproduced in Airdrie: A Brief Historical Sketch (1971). 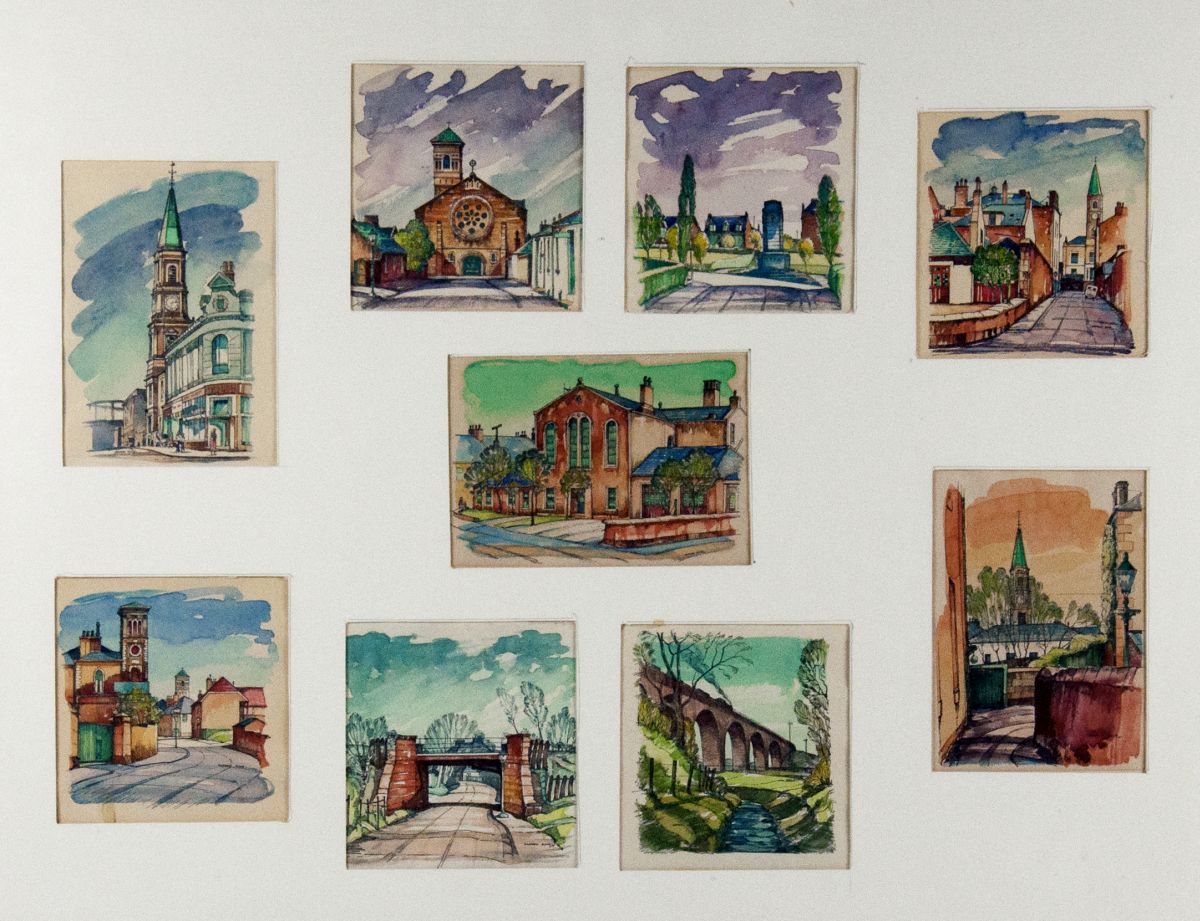 Scenes from the Book of Airdrie by Andrew Muir, 1953

A set of print blocks signed by Muir are held within the museum collections. They depict buildings and prominent landmarks from around Airdrie, including the war memorial and town clock, Burgh Police Office, Airdrie Library, Flowerhill Church and Coatdyke Railway Viaduct.

‘Steelopolis’: Motherwell and the Steel Industry