Charles Henry Sheldrake (around 1868-1950) was born in Egypt and spent his youth in Australia. After trying out a life at sea (his uncle was a ship’s captain) Sheldrake arrived in Glasgow and settled in Hamilton. He began an apprenticeship in the building trade but soon discovered his love of art while attending art and science evening classes at Hamilton Academy. 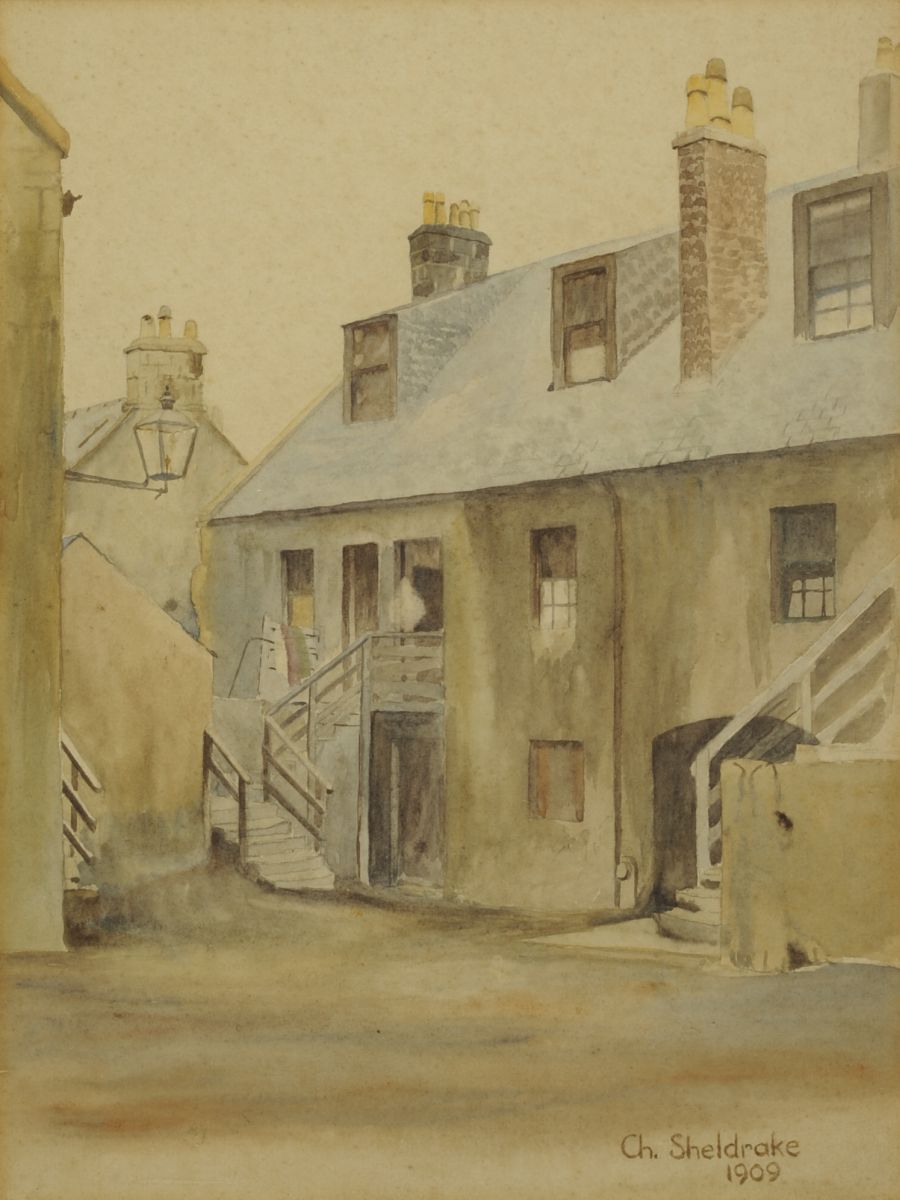 After pursuing his art studies, Sheldrake qualified as an art teacher and joined the staff at Airdrie Academy around 1900. He was highly regarded as art master at the Academy until his retirement in 1932, when he took on the role of Fine Art Curator at Airdrie Museum. 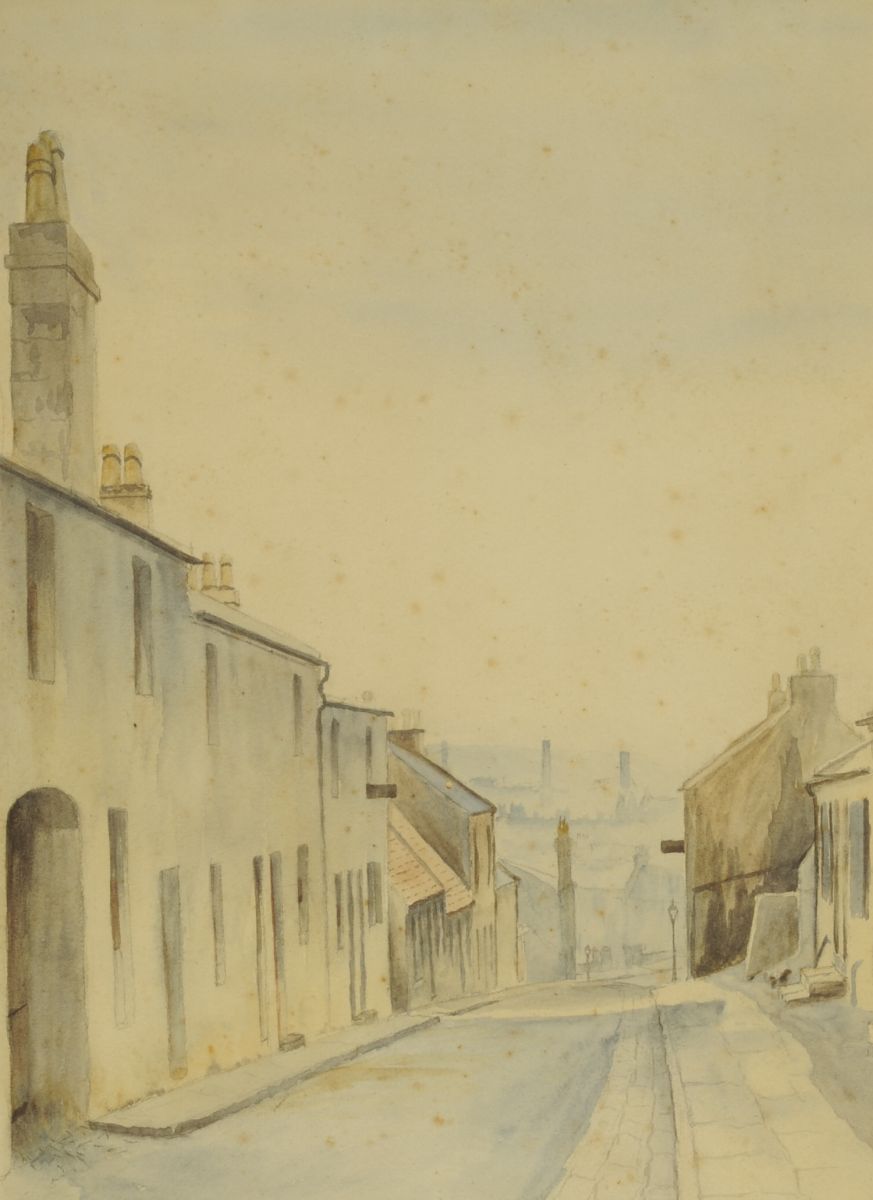 Sheldrakes’s watercolour paintings depict scenes of Airdrie in the early 1900s. The old weavers’ cottages were built for William Scoular in 1781 and then lived in by a succession of families including the Bairds and Sutherlands. The buildings later became the Weaver’s Cottage Museum and can be seen in Sheldrake’s painting titled Wellwynd (1909). 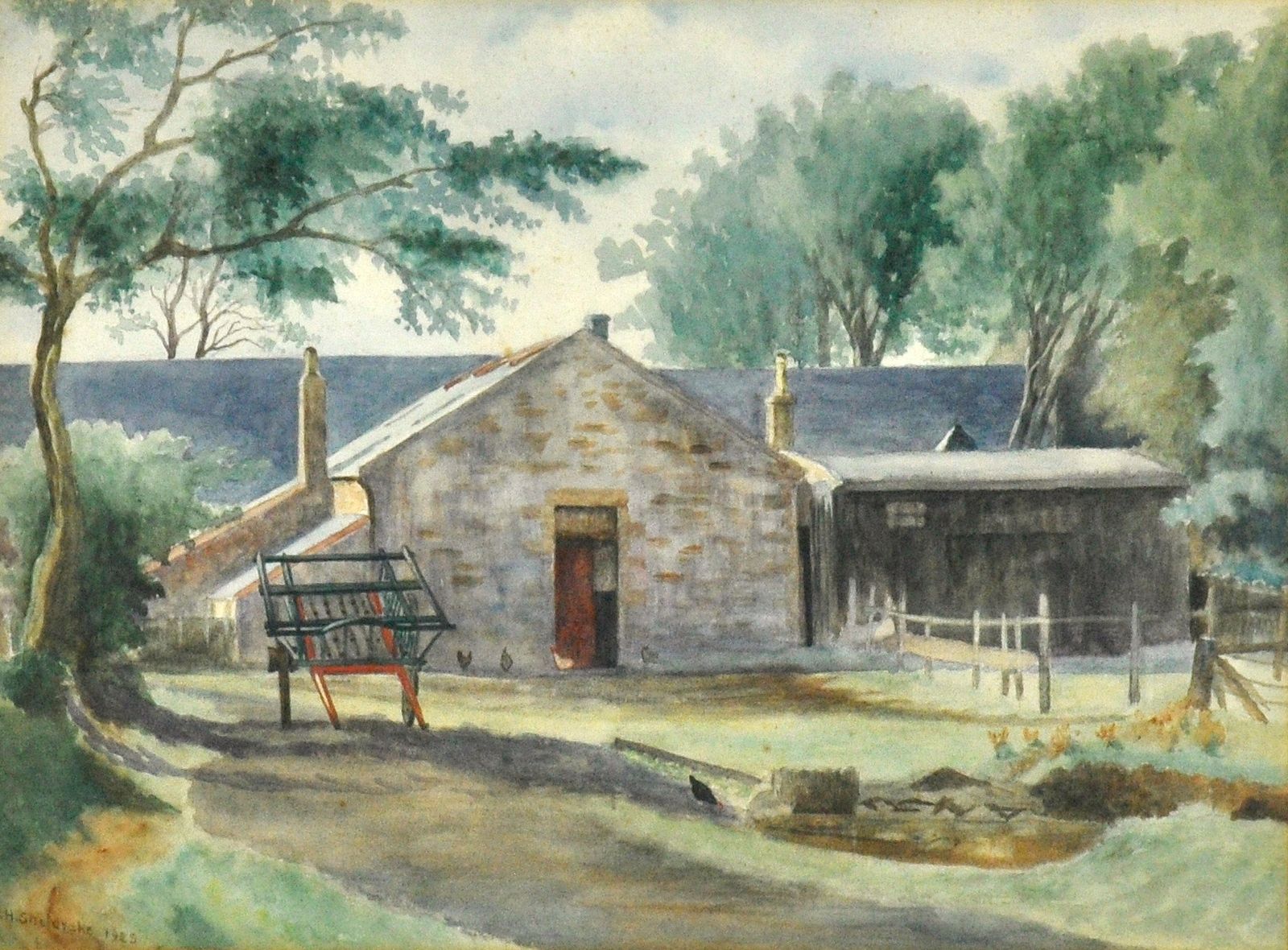 Sheldrake was well known and respected in the local community. He attended Flowerhill Parish Church, acted as a Boy Scout examiner in some of their tests, was a keen member of Springwells Bowling Club and became one of the oldest members of Airdrie Photographic Society. 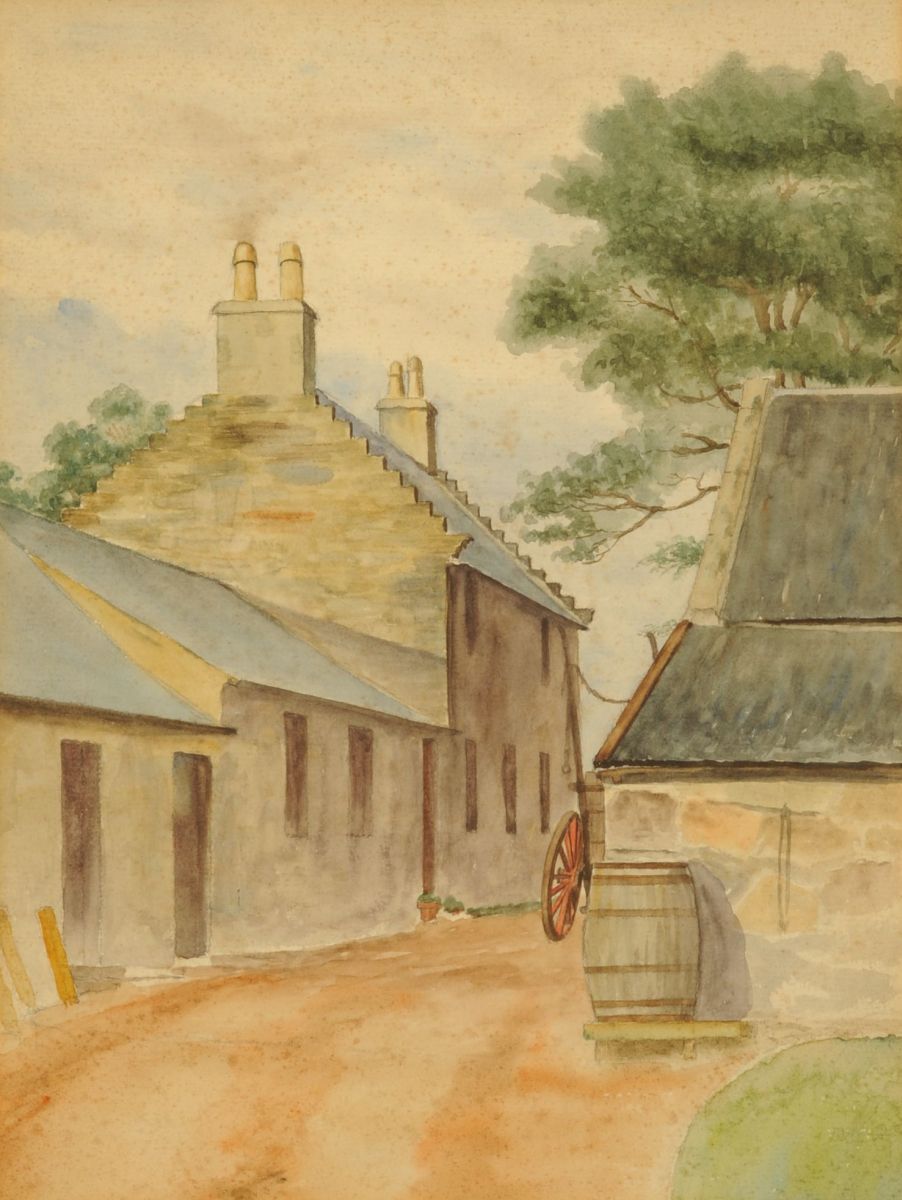 Charles Sheldrake died at home on 22nd March 1950, a year after his Hamilton-born wife, Agnes Smellie Sheldrake (nee Turner). He was succeeded by their younger son. Their elder son, Lieutenant Archibald Turner Sheldrake, served with the Royal Flying Corps during the First World War. He was killed in action, aged 23.