George Cunningham Stevenson was born in Edinburgh (birth date unknown; died 1963). He attended Edinburgh College of Art, with a brief break for service abroad with the 9th Royal Scots and King’s Own Scottish Borderers during the First World War.

In 1921 Stevenson began his career as an art teacher at Camborne and Redruth School of Art in Cornwall. He then took up several teaching posts in Scotland, including Hawick High School and the James Gillespie School.

Stevenson moved to Lanarkshire in 1927, taking up post at Hamilton Academy. In 1932 he succeeded Charles Sheldrake at Airdrie Academy, later becoming principal teacher of art. Stevenson retired in 1955 and moved to Pittenweem, where he embraced the artistic community and was visited by many former pupils. 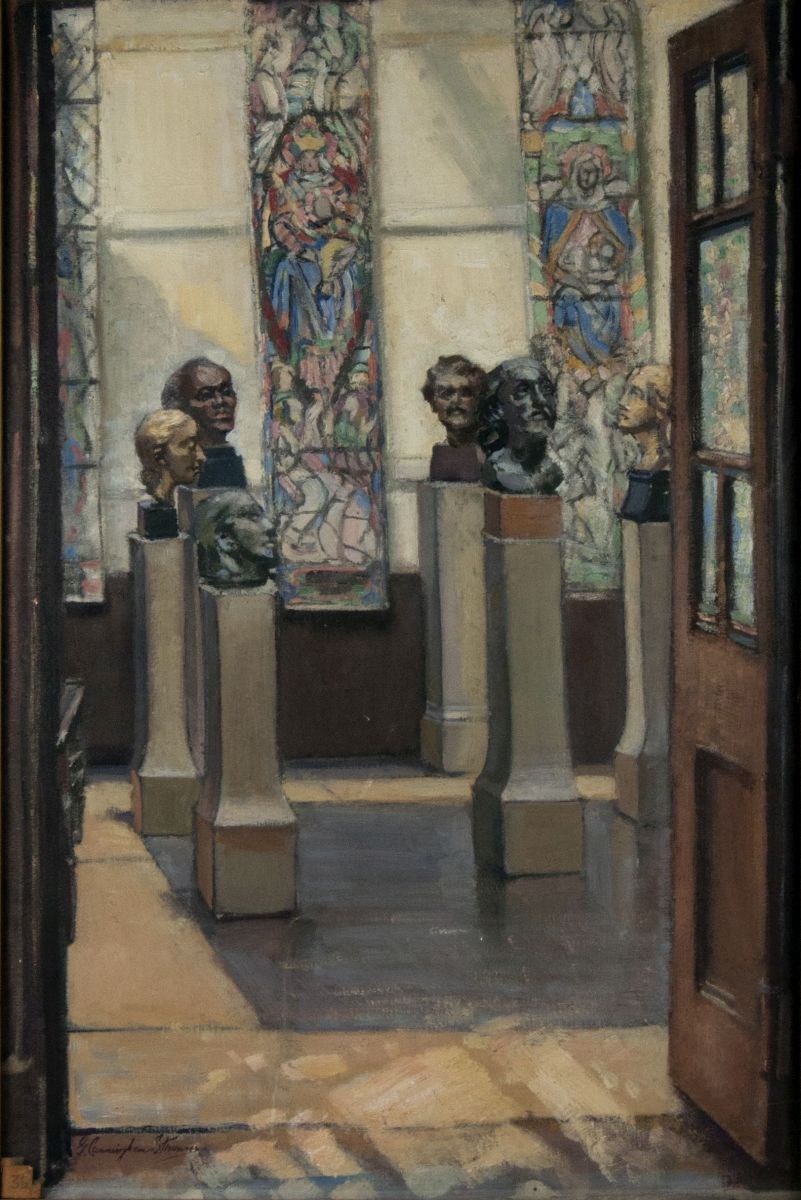 Busts in Airdrie Library by George Cunningham Stevenson (d.1963), around 1949

Stevenson was well-known in Airdrie for his enthusiasm towards art and for supporting other artists. He was leader of the Airdrie Academy Sketching Club, and a founding member and honorary president of the Monklands Art Club. He often displayed his work locally, one such example being a show in Airdrie Public Library in 1956. 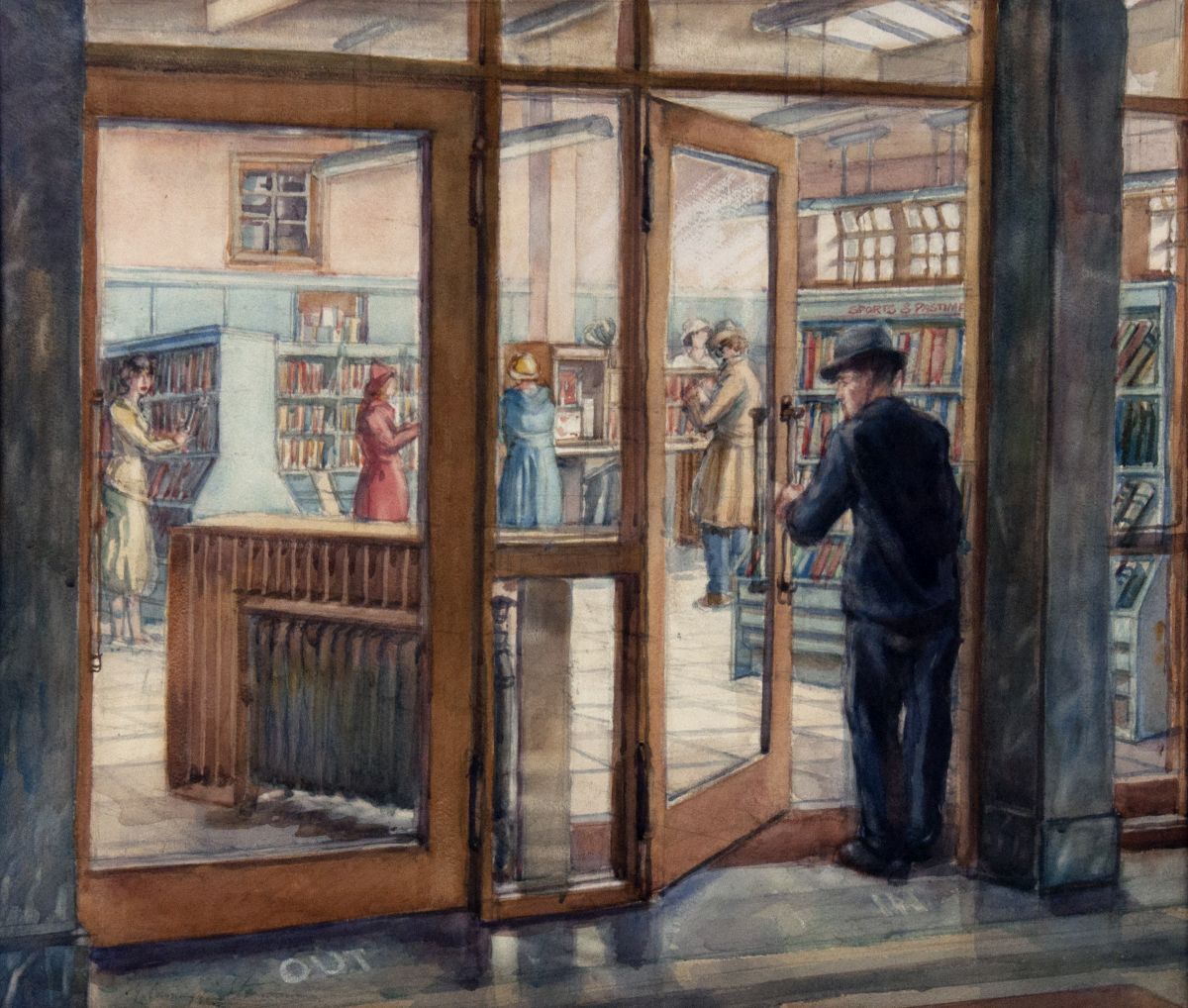 An artist of national standing, Stevenson was a frequent exhibitor in the Glasgow Art Club, and also exhibited artworks at the Royal Scottish Academy (RSA) and Royal Scottish Society of Painters in Watercolour (RSW).

Stevenson had several one-man shows in Edinburgh after his retirement. He died in hospital in Kirkcaldy in January 1963. The three Stevenson paintings featured in this article were exhibited posthumously in Monkland Art Club’s annual exhibition in 1965, two years after his death.

North Lanarkshire’s Cinemas: Wartime and Beyond