Throughout cinema history, projectionists have kept the pictures moving behind the scenes. As the 1900s began, 35mm-wide Edison film become standard, as did the 16-frames-per-second projection speed of the Lumière Cinématographe. Around 1910, key players such as Ross, Kalee, Gaumont and Pathé began producing purpose-built cinema equipment and small production companies expanded. During the First World War, longer programmes developed from one-reel to four-reel “feature films”. 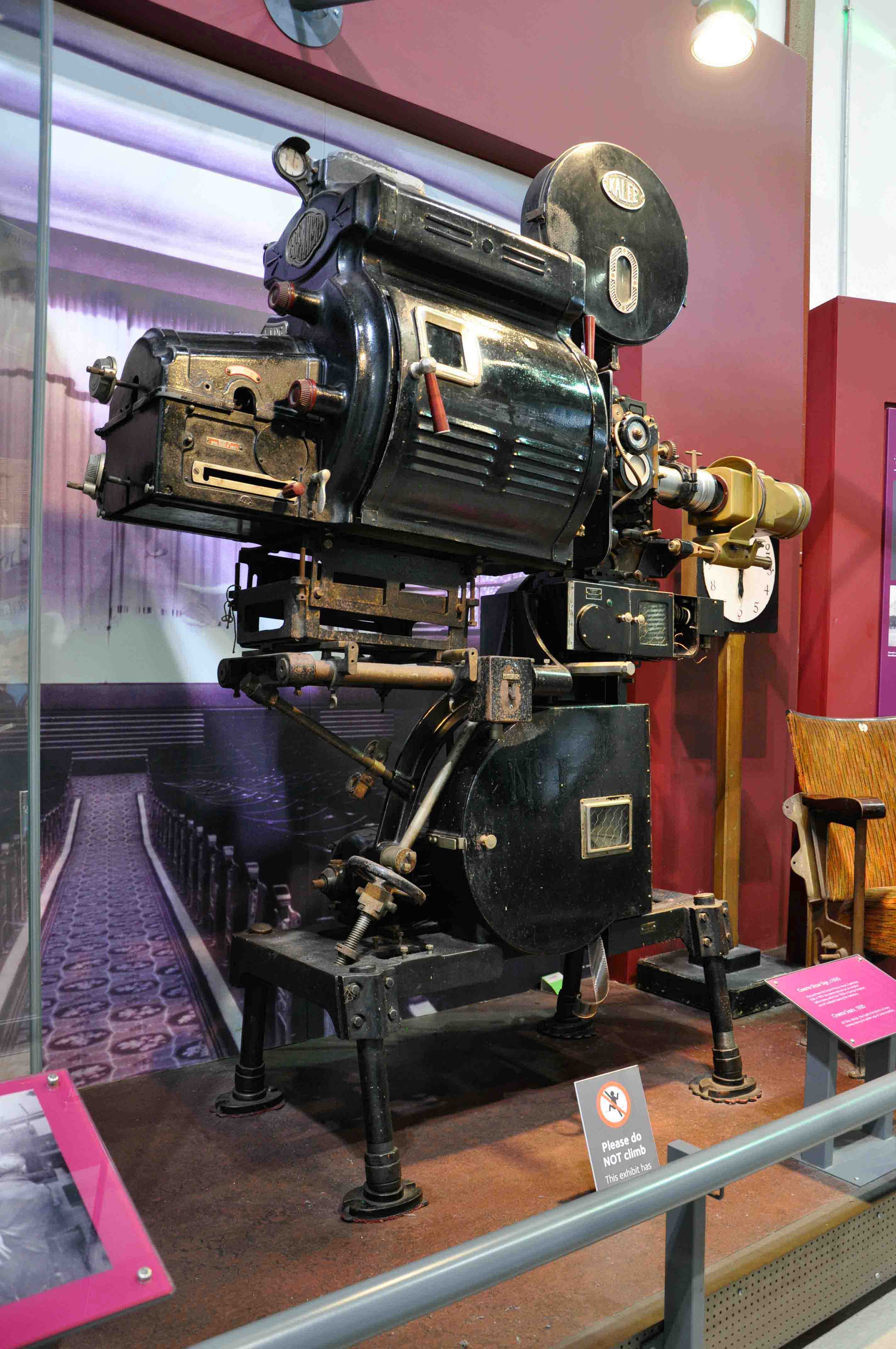 Don Juan (1926) featured a synchronised music score but The Jazz Singer (1927) was the first feature length film with synchronised dialogue . The “talkies” were born! The Alhambra in Bellshill was reputedly Lanarkshire’s first cinema to fit “talkie” equipment, screening the film in 1929. Another of the earliest picture houses to become equipped for the talkies was the Coatbridge Cinema.

Colour was also a major development, from single tints in the earliest films to a two-colour process to Disney’s Flowers and Trees cartoon in three-strip Technicolor (1932). The Pavilion Picture House in Airdrie screened a Technicolour version of the Coronation film A Queen is Crowned (1953) while many larger cinemas only showed it in black and white.

By the 1950s television was beginning to find its way into Scottish households. During this period wide screen processes were touted to ensure film held its own against television. Cinemas across the country were adapted to fit new formats such as Cinerama (launched at the Broadway Theatre, New York in 1952), CinemaScope (20th Century Fox, 1953 to 1967) and VistaVision (Paramount Pictures, 1954 to 1961).

Coatbridge resident David Brown help to fit CinemaScope screens in towns across Lanarkshire and further afield to Stirling during the 1950s. He worked with the maintenance team at night so that he could continue his duties as a projectionist at the Regal in Coatbridge by day. 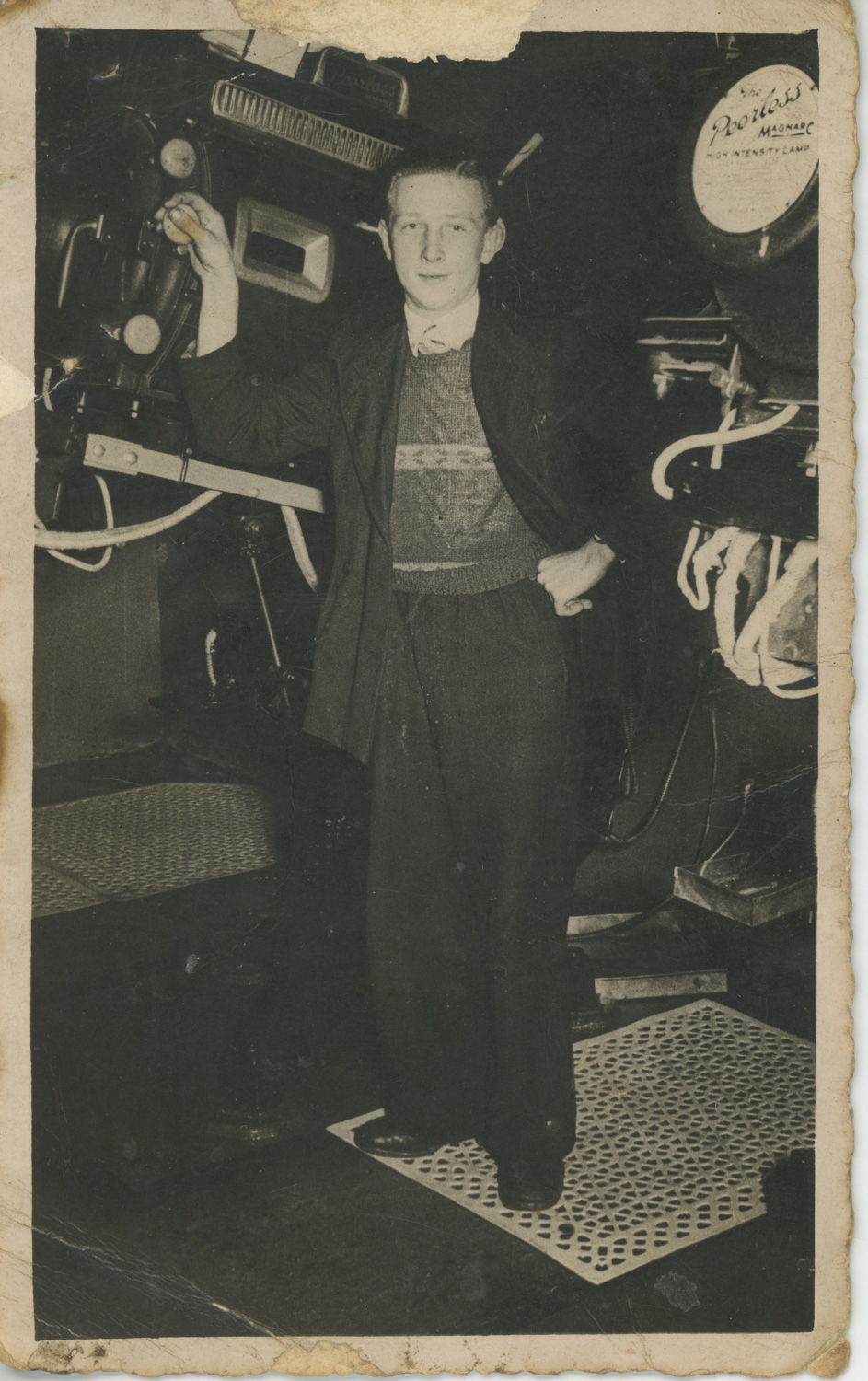 The George Bellshill was first to use CinemaScope but the New Cinema in Motherwell was only the second cinema in Scotland to show The Robe (the first being the Alhambra in Glasgow). Also boasting stereophonic sound, The Robe screened for an unprecedented four week run in 1954. Another CinemaScope film screened at the New Cinema was Three Coins in the Fountain (1954), with the title song sung by Frank Sinatra. Over in Airdrie, the New Cinema had a rear extension built in 1955 to accommodate a CinemaScope screen.

Some cinema proprietors were keen to keep up with the latest trends even when their buildings weren’t always best suited for the new formats. The Pavilion in Airdrie is a good example. Owned by Odeon between 1936 and 1967, the Pavilion showed CinemaScope films in the mid-1950s. However, in order to achieve the required screen ratio for widescreen format the top masking was simply lowered so the actual screen size was greatly reduced! 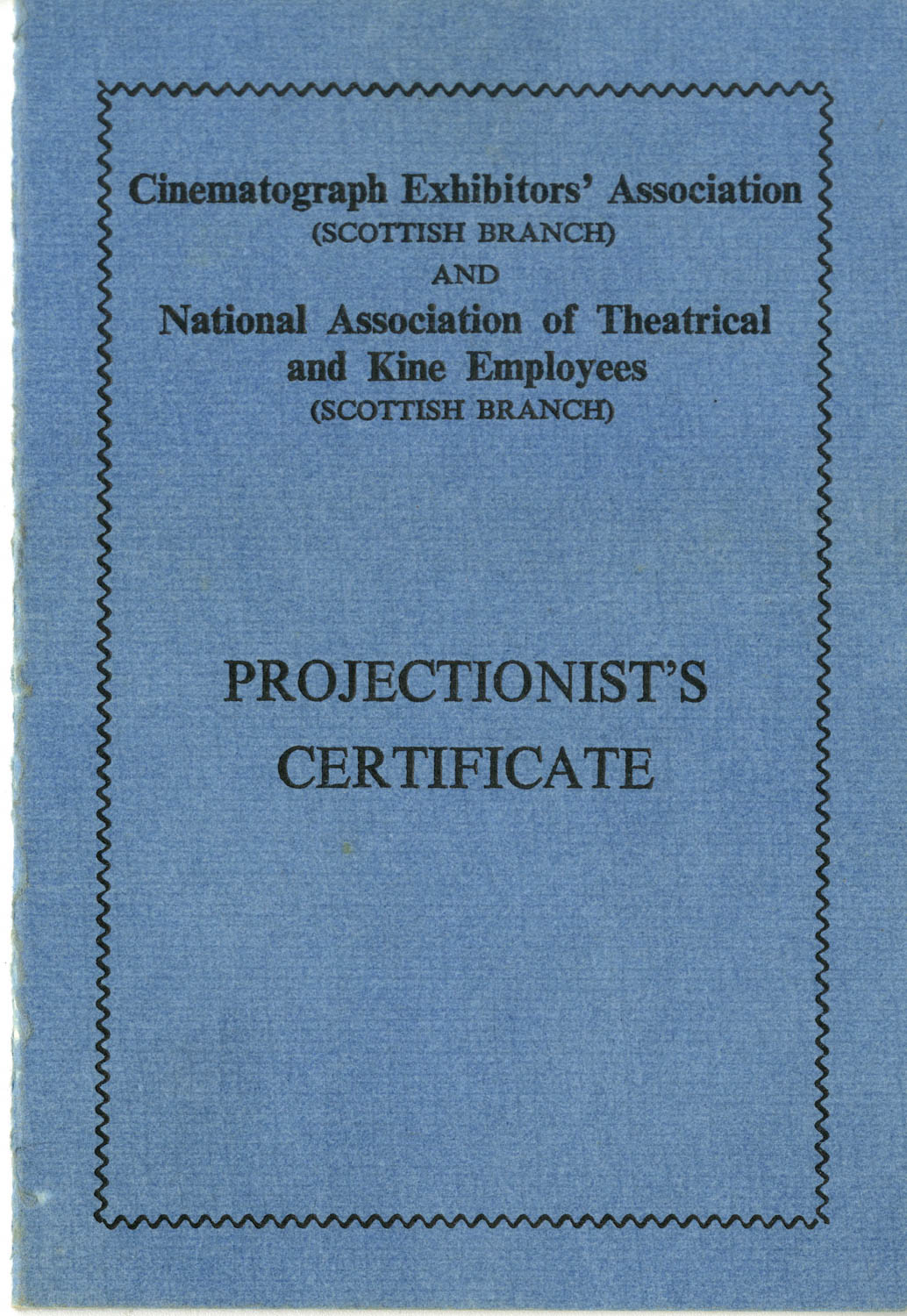 3D movies have recently surged in popularity. In fact, the first 3D films were created decades earlier, with titles such as House of Wax (1953) becoming popular in the 1950s. Special effects came to the fore with films like Frankenstein (1931) and King Kong (1933) and impressed audiences of later decades in films like Alien (1979) and The Fly (1986). Since Jurassic Park (1993), computer generated (CG) animation has astounded cinema-goers, with films like Avatar (2009) combining CG animation and 3D technology.

David Brown: From Apprentice to Projectionist

The Iron Boat: the Story of the Vulcan