The pictures provided a means of escapism for audiences during the war years, while Pathé newsreels provided regular updates about the action across Europe. Films and news items alike were subject to wartime propaganda, designed to boost morale and encourage citizens to support the war effort. Popular films during the Second World War included Mrs Miniver (1942), In Which We Serve (1942), Millions Like Us (1943) and, of course, Casablanca (1942).

During the First World War local cinema managers sometimes made films to boost the war effort at home. They used footage of fundraising campaigns, troops training for combat, military displays and governmental propaganda. 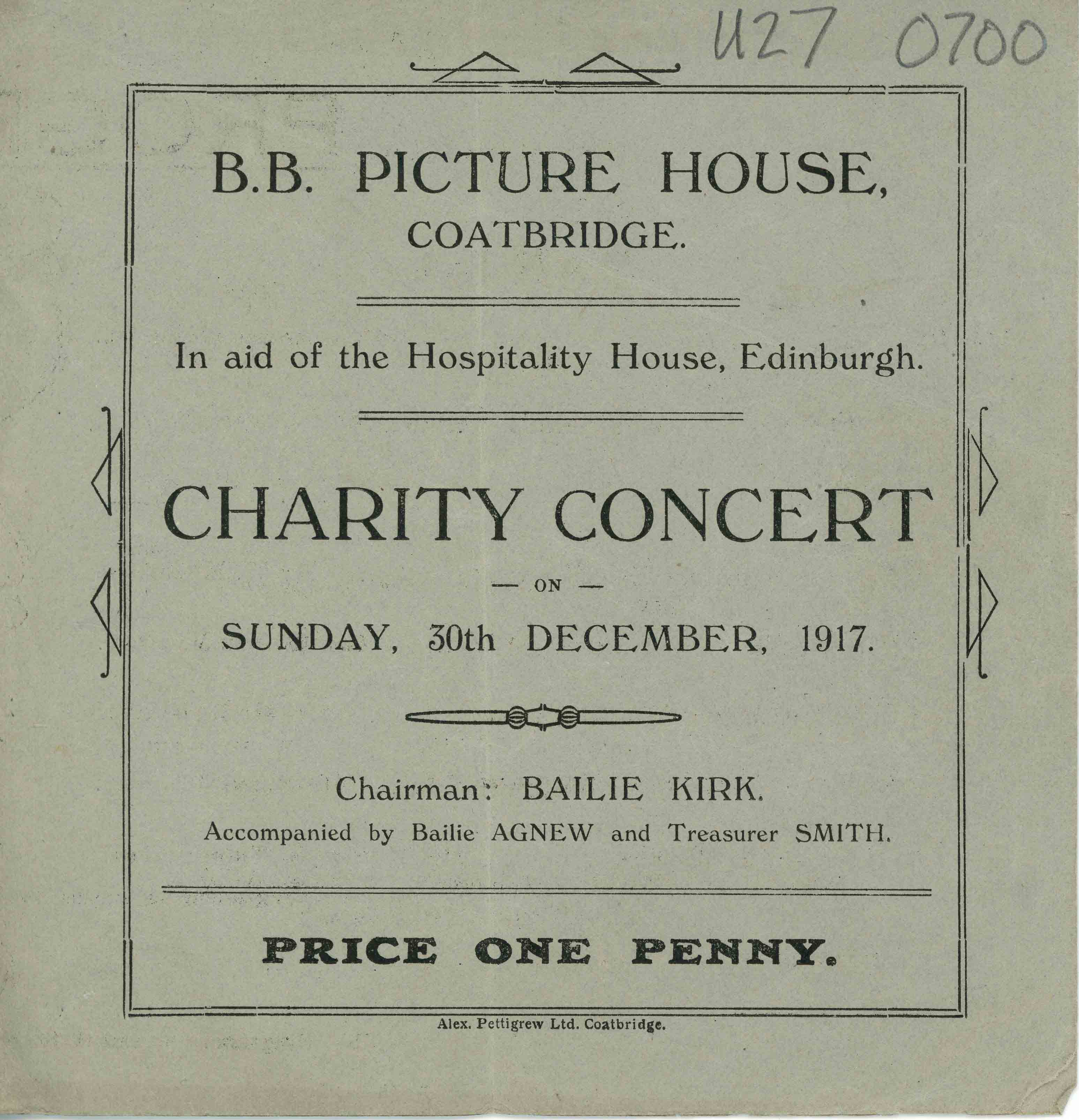 Cinemas also played their part in the Second World War. Picture houses like the New Cinema on Barrie Street, Motherwell hosted concerts to raise funds for the armed forces. In Coatbridge, the upstairs office of the ABC Regal at the Cross was requisitioned by the Ministry of Food and coupons from ration books were sent there to be counted. 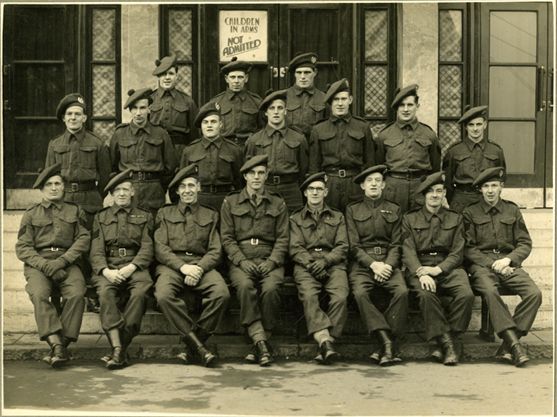 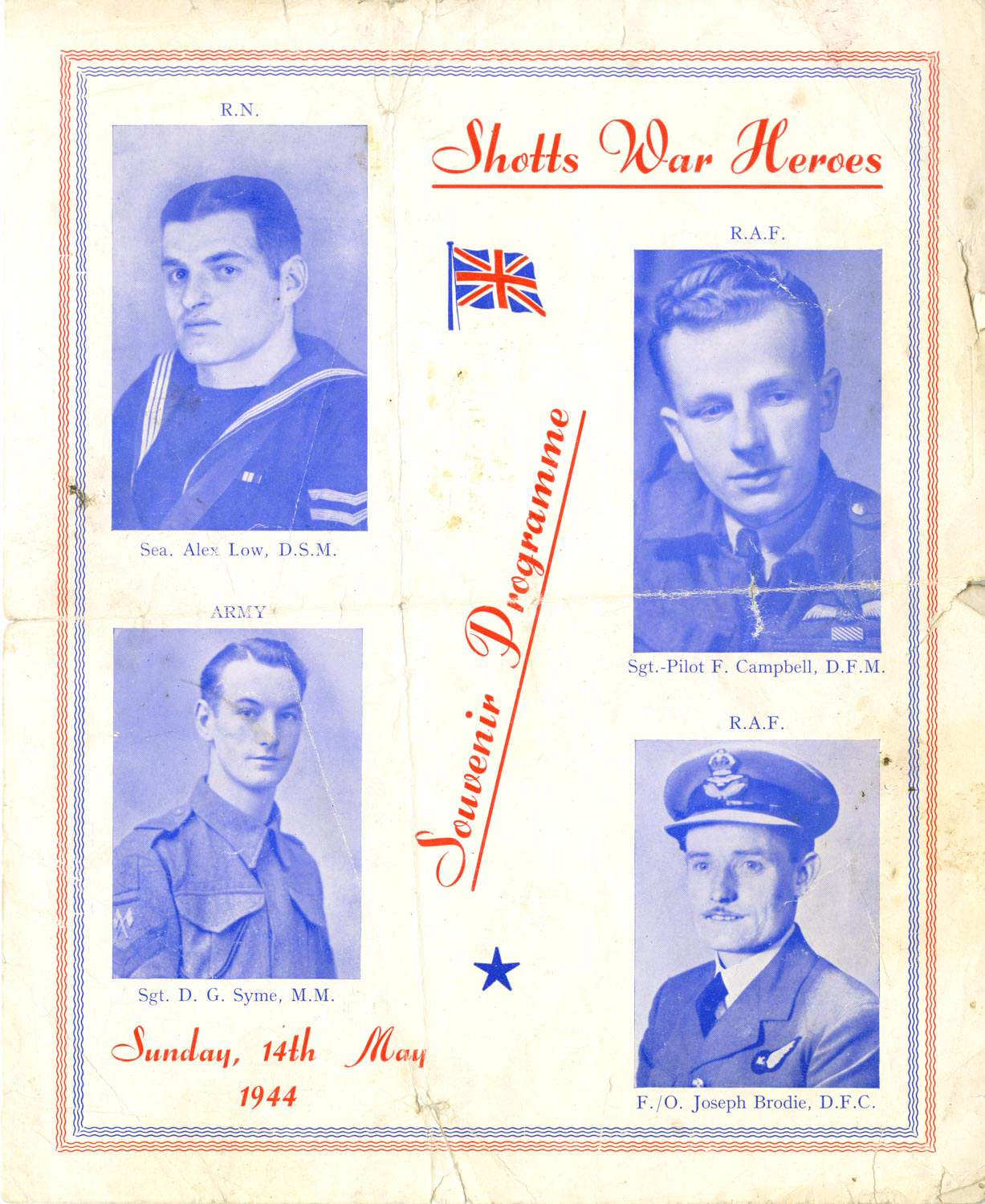 Cumbernauld’s Picture House opened in the former Baird U.P. Church at the foot of Main Street in 1926. The  congregation had fallen drastically by the 1920s and an agreement was reached for members to transfer to St Andrew’s Church in the Wynd. The church trustees sold the building to James Pemberton Andrew, a local draper. The Picture House was renamed the Bradford Cinema around 1941 to commemorate an Andrew family relative who was killed in Tobruk during the Second World War. In 1964 it was sold by Margaret Shearer (or Andrew) to Brian J.B. MacAulay and became known as the Rio Cinema. The building sustained fire damage in December 1965 and was demolished soon afterwards.

Green’s Playhouse in Glasgow was renowned as the largest cinema in Europe, with a capacity of 4,368. The Playhouse in Wishaw was the last of Green’s Playhouses to be built, opening its opened its doors in 1940, during the Second World War. The Wishaw Playhouse was not quite on the same scale as the Glasgow venue but still boasted a whopping 2,982 seats! It was designed by architect John Fairweather and its features included a tea-room with walnut panelling. In later years Green’s Playhouse was taken over by Mecca Bingo. 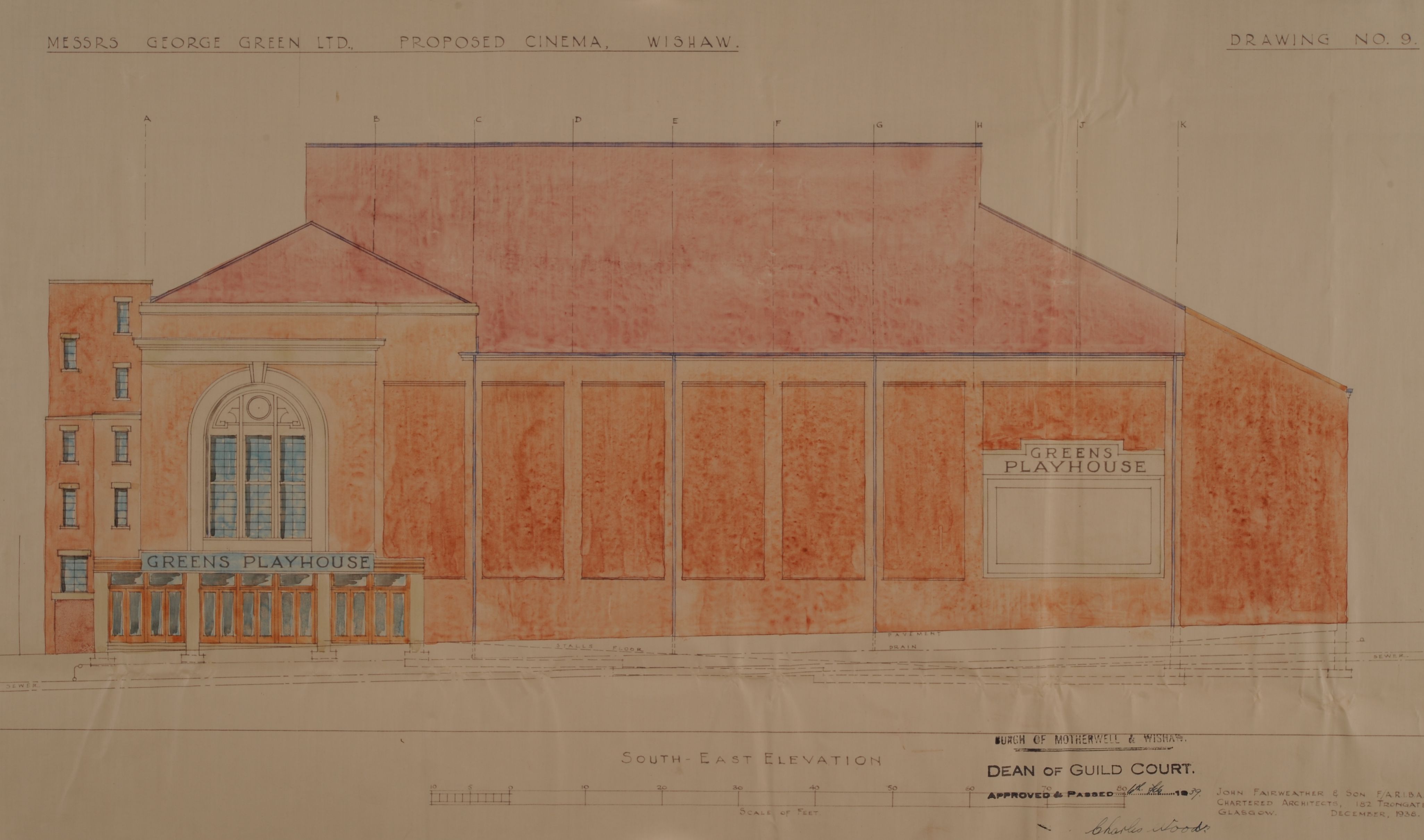 George Palmer was a Glasgow businessman with various cinema concerns.  He brought these interests together in 1946, forming Associated GP (General Provincial) Cinemas. By around 1950 Palmer had built up a circuit of almost twenty cinemas across the Central Belt, including the George Uddingston, which opened around 1945. The George Bellshill was regarded as Associated GP Cinemas’ flagship picture house, seating 1,750 people. Designed by architect Lennox D. Paterson, the original plans were submitted in 1938 by Kirkconnel-based showman Harry Bradley but construction work was abandoned due to the wartime rationing of materials. George Palmer later bought the site and the George Bellshill finally opened its doors on 24th November 1951, running as a cinema until its closure in 1982.

Children’s matinees and film clubs were hugely popular from the post-war period until the late 1960s. However, cinema’s decline also began in the 1960s as colour television took off and became affordable for households across the country. Audiences thinned and proprietors had to find new ways to generate income.

Many of North Lanarkshire’s picture halls were turned into bingo clubs, such as the Rialto (formerly the Hippodrome) in Airdrie, the Odeon in Motherwell and Green’s Playhouse in Wishaw. Some cinemas, such as the ABC Regal in Coatbridge, were converted into snooker halls. The County Cinema in Cumbernauld is perhaps the exception to the rule. When planning permission was sought to erect a bingo hall in the town centre, consent was granted on the condition that a cinema was built as part of the complex. The County Cinema opened in 1978 but had closed by the mid-1980s. The space was converted into a bar/dining area, with a false floor covering the original sloping cinema floor.

Even more recently, the Arrow Cinemas multiplex was built in Wishaw. Opening in 1998, it was a short-lived venture, closing again in 2000. The multiplex was demolished eight years later to make way for a supermarket carpark.

Across Scotland, small towns that once boasted several picture houses invariably now have none, with keen cinema-goers instead making their way to multiplex chains in the larger towns and cities. Sadly, the majority of North Lanarkshire’s picture houses have been demolished but the buildings retain an affectionate place in locals’ hearts – some for their opulent glamour, others for their grimy, flea-ridden notoriety – and the magic of film lives on.

Rationing at the Regal, Coatbridge