This is the second of ten stories about how coal was mined in North Lanarkshire. 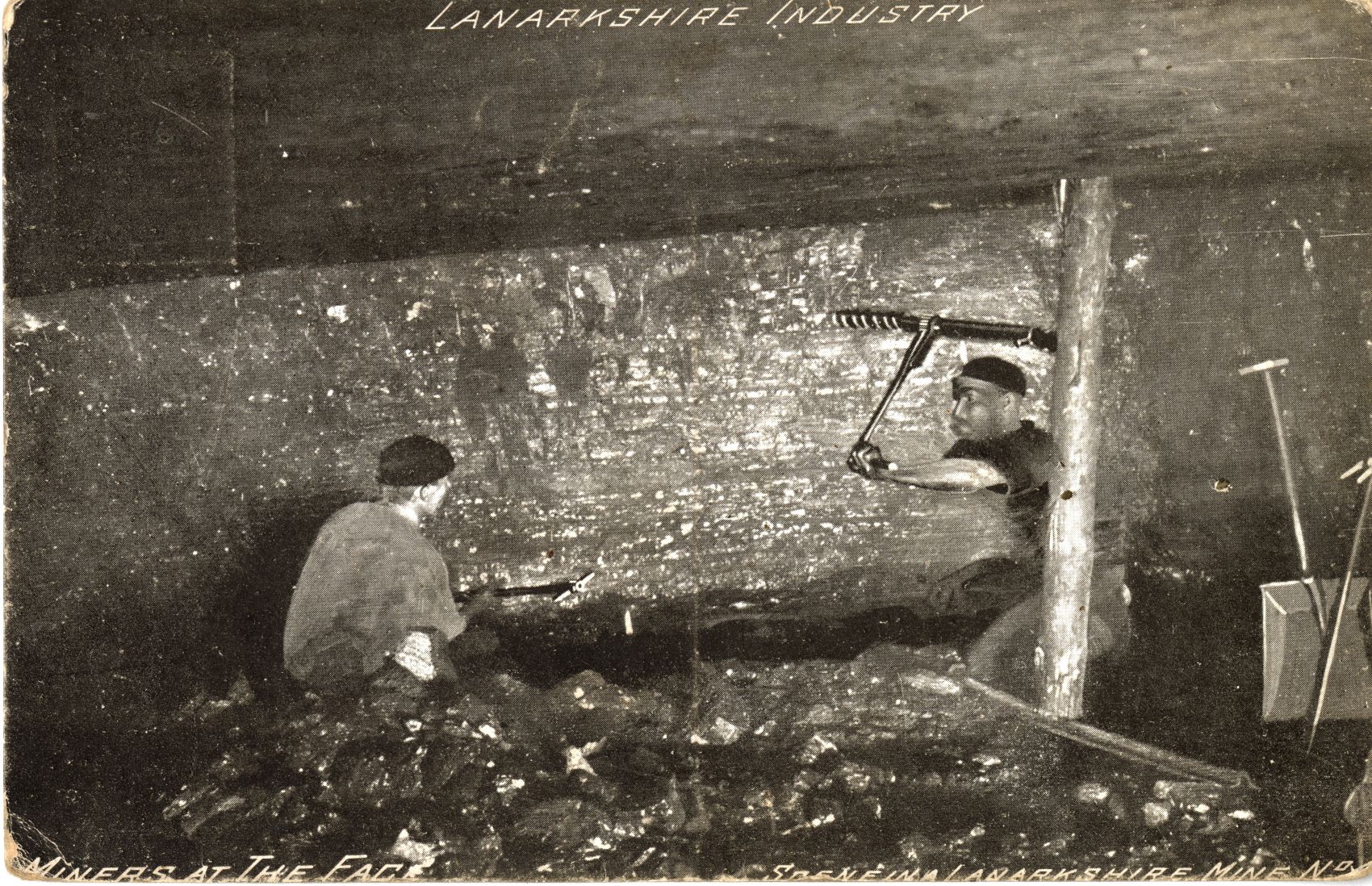 Postcard of Miners at the Face, early 1900s

Up until the 1700s the depth that coal could be mined was limited by the available technology to lift coal out of the mine and to keep the workings dry.

For many centuries a ‘hewer’ had the job of cutting coal from its natural situation. They commonly used basic hand tools including picks and shovels to win coal. These hand-tools tended to have short handles because they wee usually used in confined spaces.

An early method of hewing was quarrying coal from surface outcrops. The development of the ‘drift’ and ‘adit’ mines allowed shallow seams of coal to be explored along horizontal or near horizontal tunnels.

Vertical shafted mines were known as ‘bell pits’ that were relatively shallow. The coal seam was cut outwards in the shape of a bell. ‘Stair pits’ could reach depths of 25 metres with a system of wooden platforms and ladders.

As mines were sunk deeper during the 18th century the ‘Stoop and Room’ became more common in Scotland. Hewers cut out ‘rooms’ of coal leaving ‘stoops’ or pillars of coal behind to support the roof. Because of this it was best suited for thicker seams. 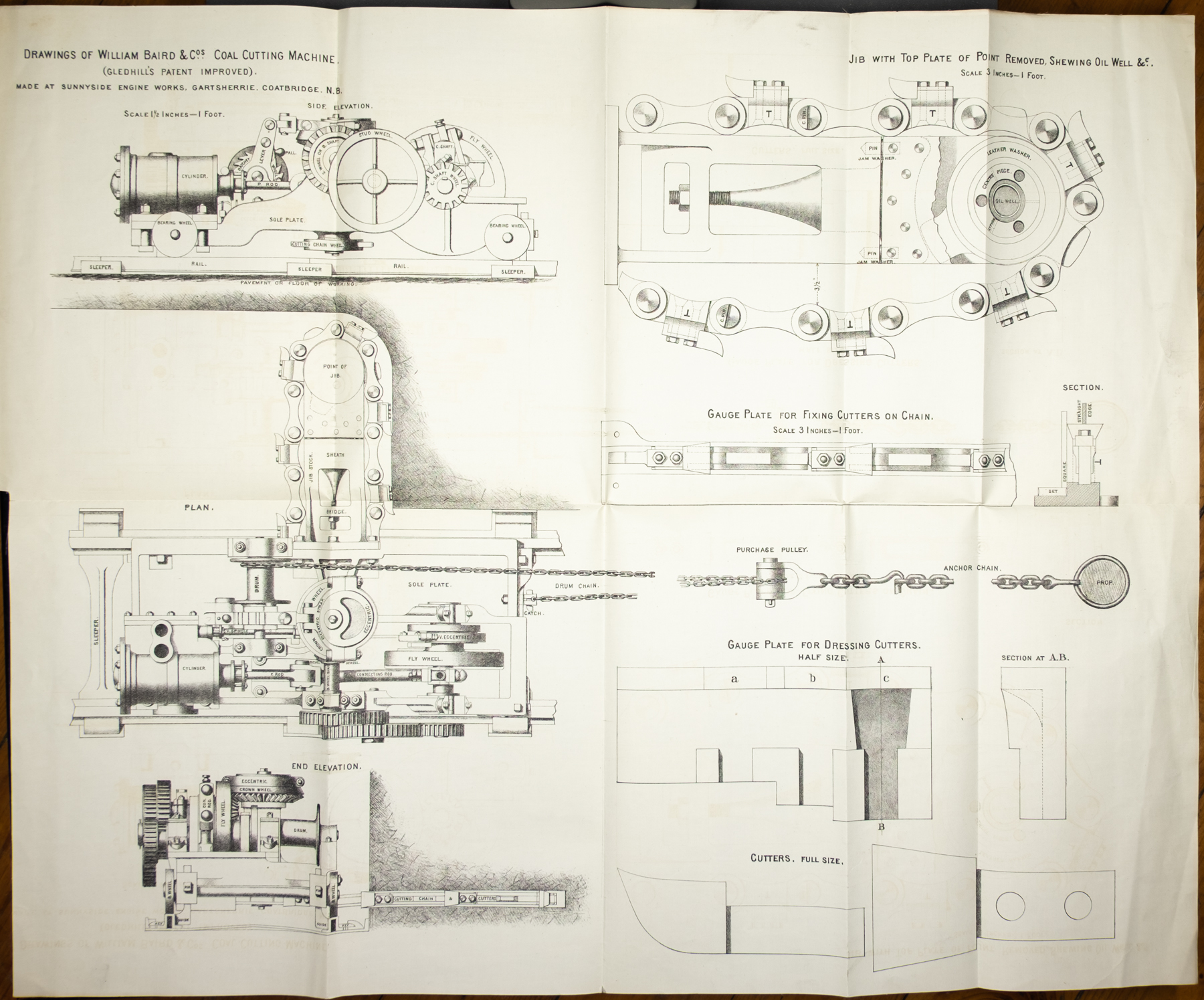 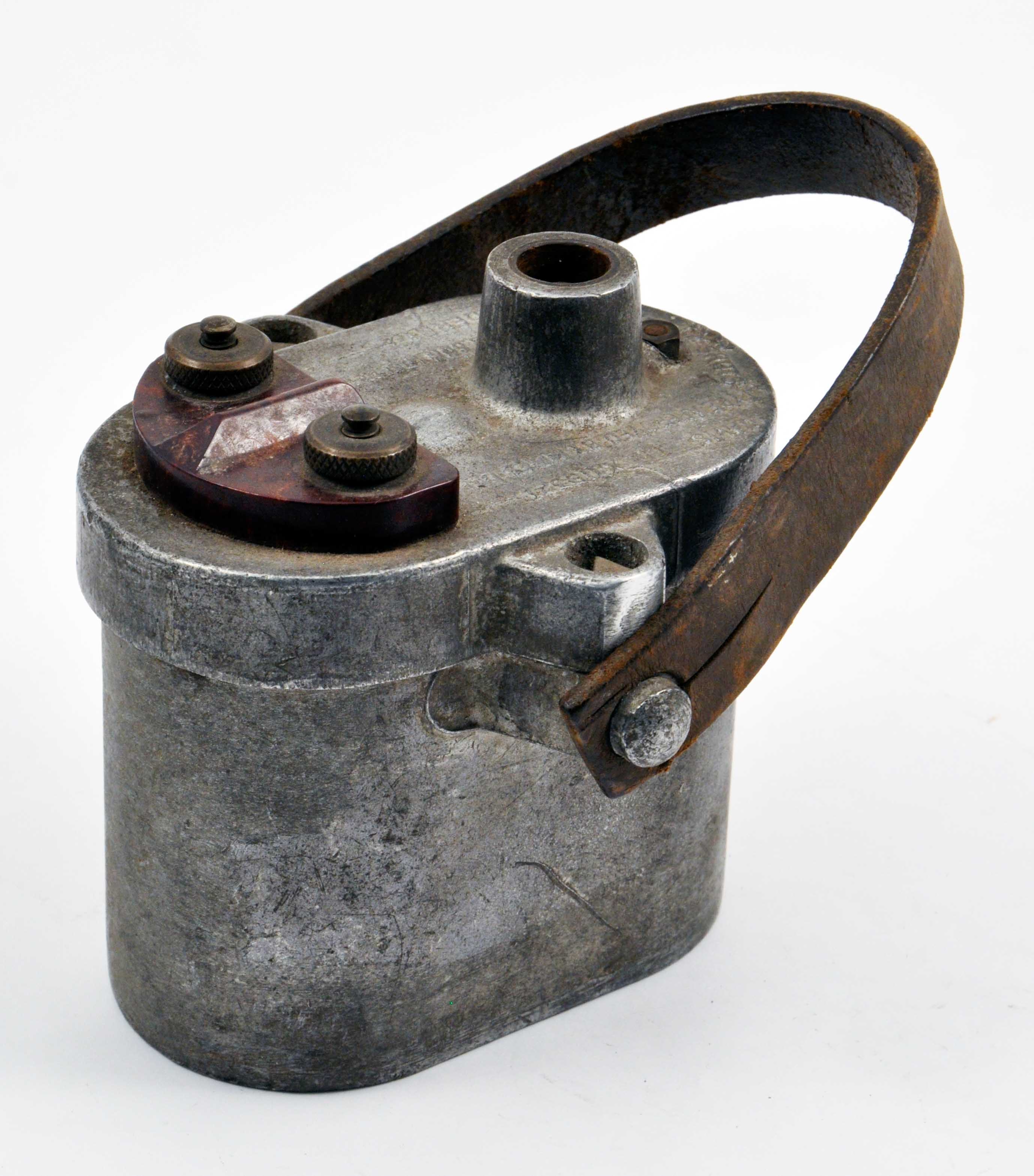 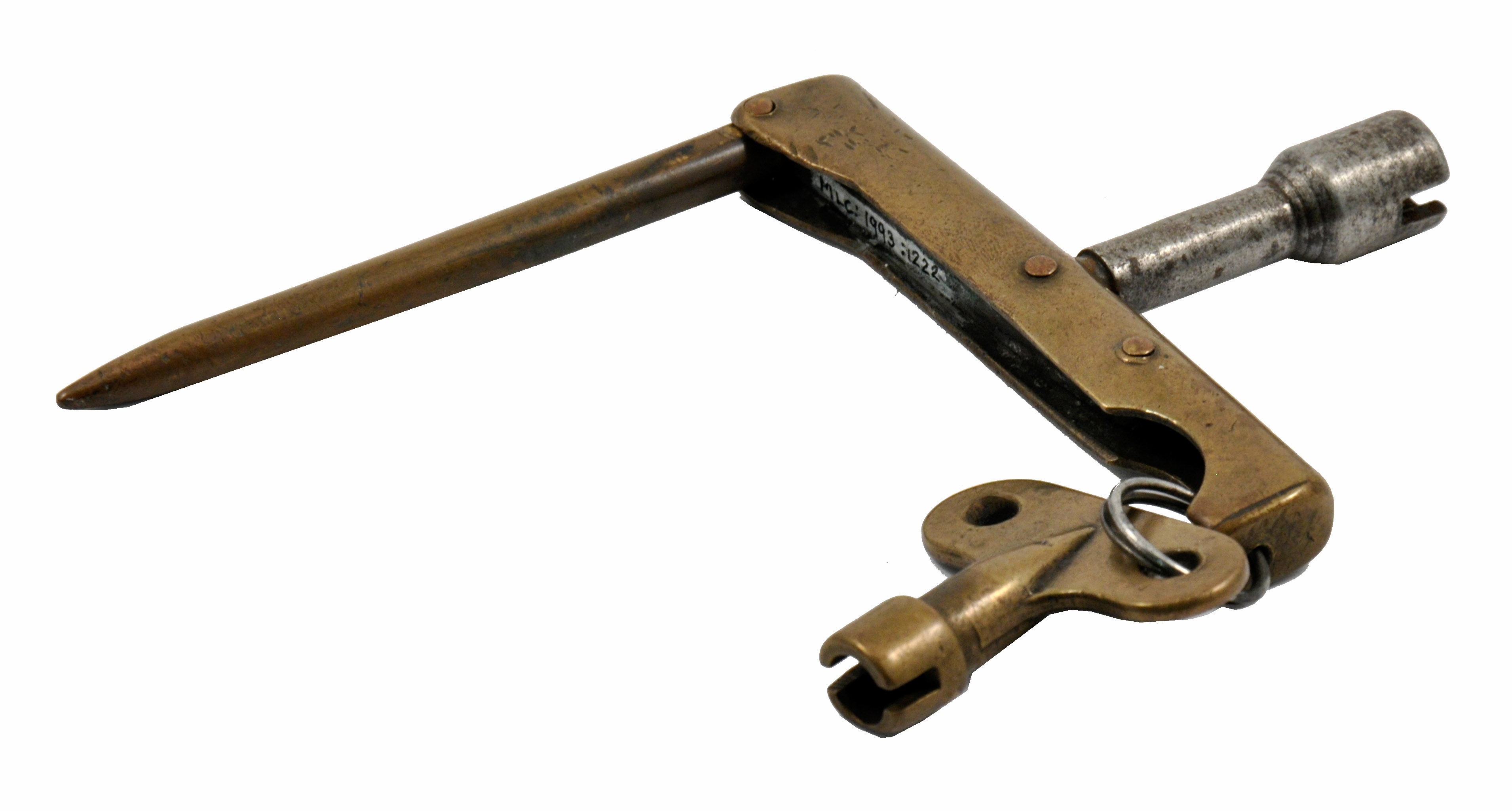 For thinner seams the ‘Longwall’ method was preferred. It allowed hewers to undercut along the whole length of the seam before it was wedged or blasted down. This process would be repeated as the coal face advanced. Longwall mining yielded a larger amount of coal than Stoop and Room and was more heavily reliant on mechanisation. One of the main suppliers of coal mining machinery was the Motherwell firm of Anderson Boyes & Co.

Lastly, here is a tour of the replica mine at Summerlee Museum. It includes descriptions of some of the different mining techniques that were used:

Next: Keeping the Mine Dry