This is the fourth of ten stories about how coal was mined in North Lanarkshire.

What you call drawin, the hutches came into the bye, and you took a hutch and you went into your neighbours road the men you was working with and you filled you hutch with coal, and you put a pin on it and went back out to the bye with it, and got another empty and the way you carried on all day about twenty hutches of coal you had to fill for about five shillings it must them that was the wages. 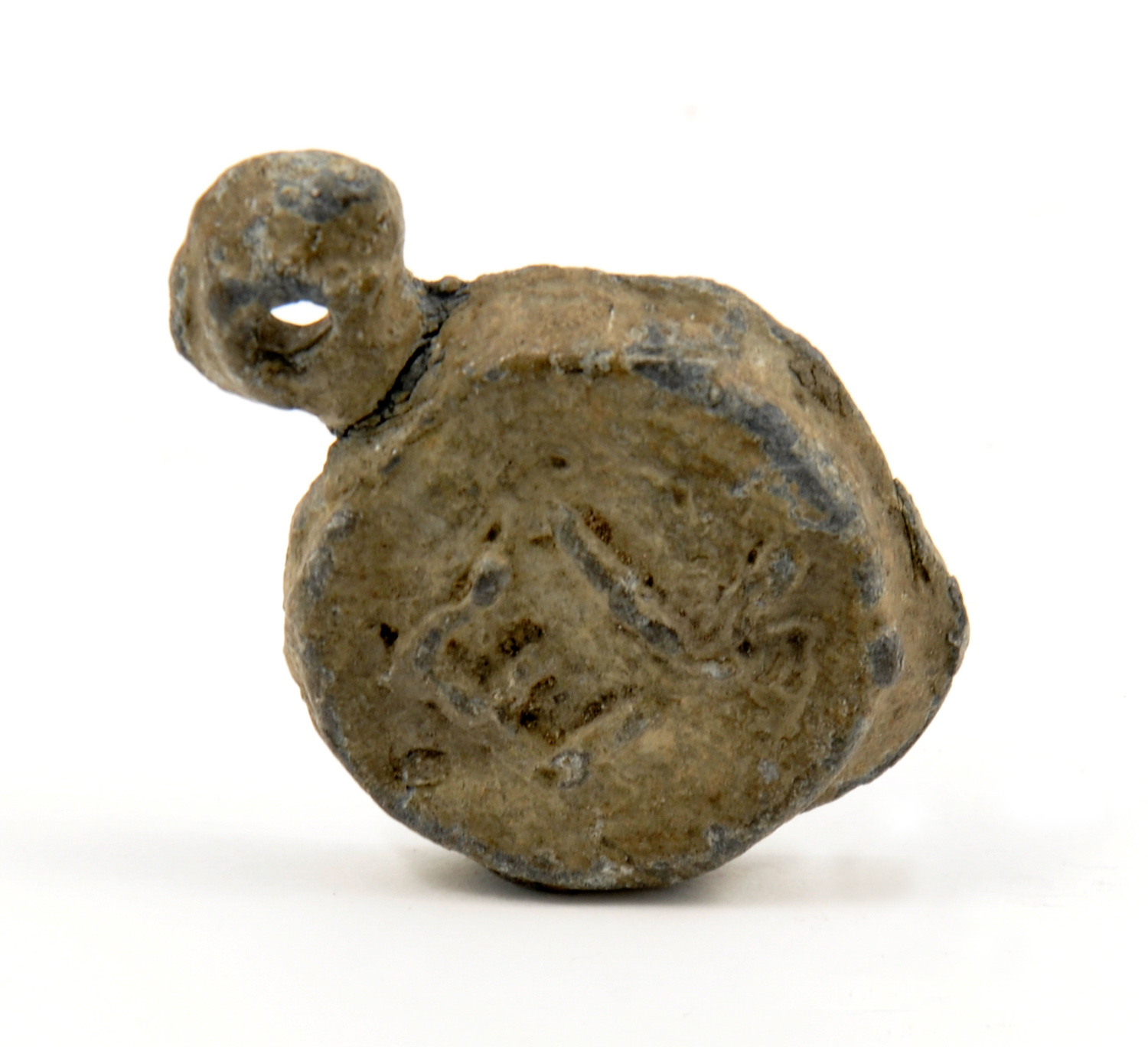 Coal mining involved moving huge amounts of heavy coal and waste rock, often long distances underground, to the surface and then away from the pit head. 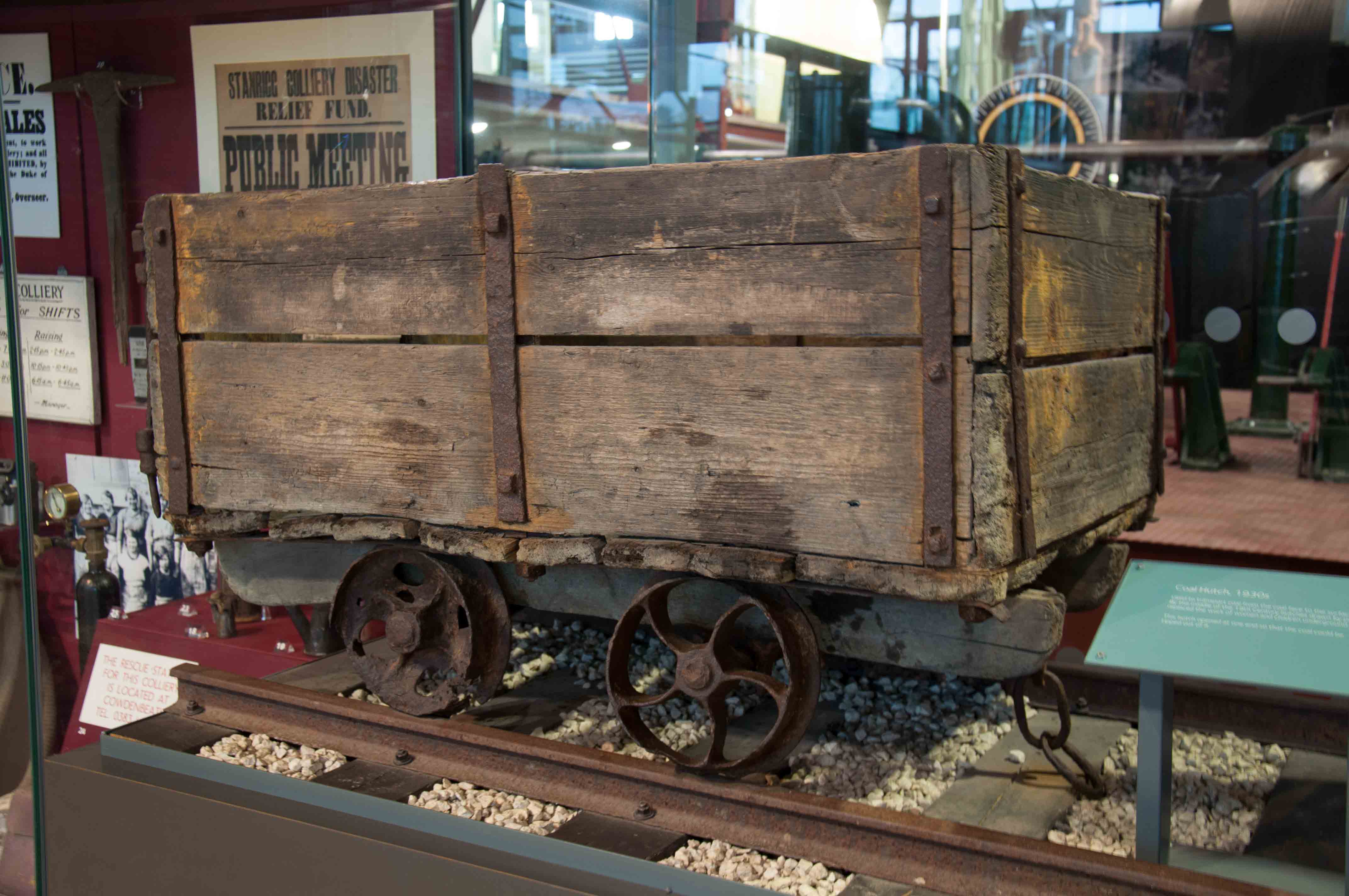 By 1800 it was usual for rails to be laid in the tunnels. This made it much easier to move heavy tubs of coal, which were pushed by workers known as ‘putters’ or pulled by ponies. Before coal hutches were widely used coal was transported in baskets. In Lowland Scotland the job of filling and carrying these was traditionally women’s work  whereas hewing coal was done by men. This continued until the Mines and Collieries Act 1842 prevented women and girls from working underground. 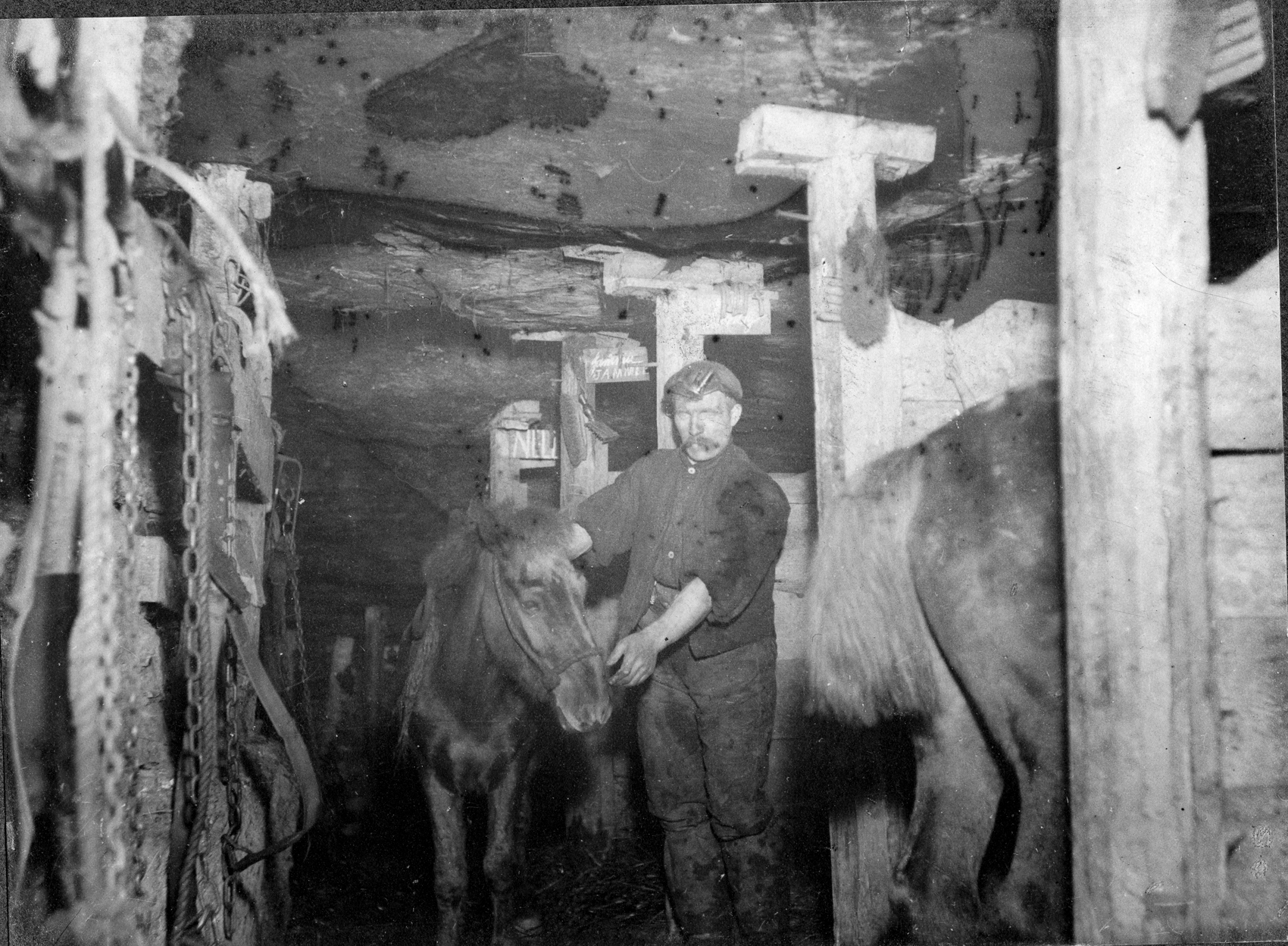 Underground stables for pit ponies at Camp Colliery in around 1910. You can see signs with the ponies’ names on the stalls.

Later in the mid-1900s sophisticated powered ‘endless rope haulage’ systems did away with the need for putters. By the 1960s, powered conveyors were sometimes integrated with coal cutting machines. Some systems could also carry the miners to and from the coal face. 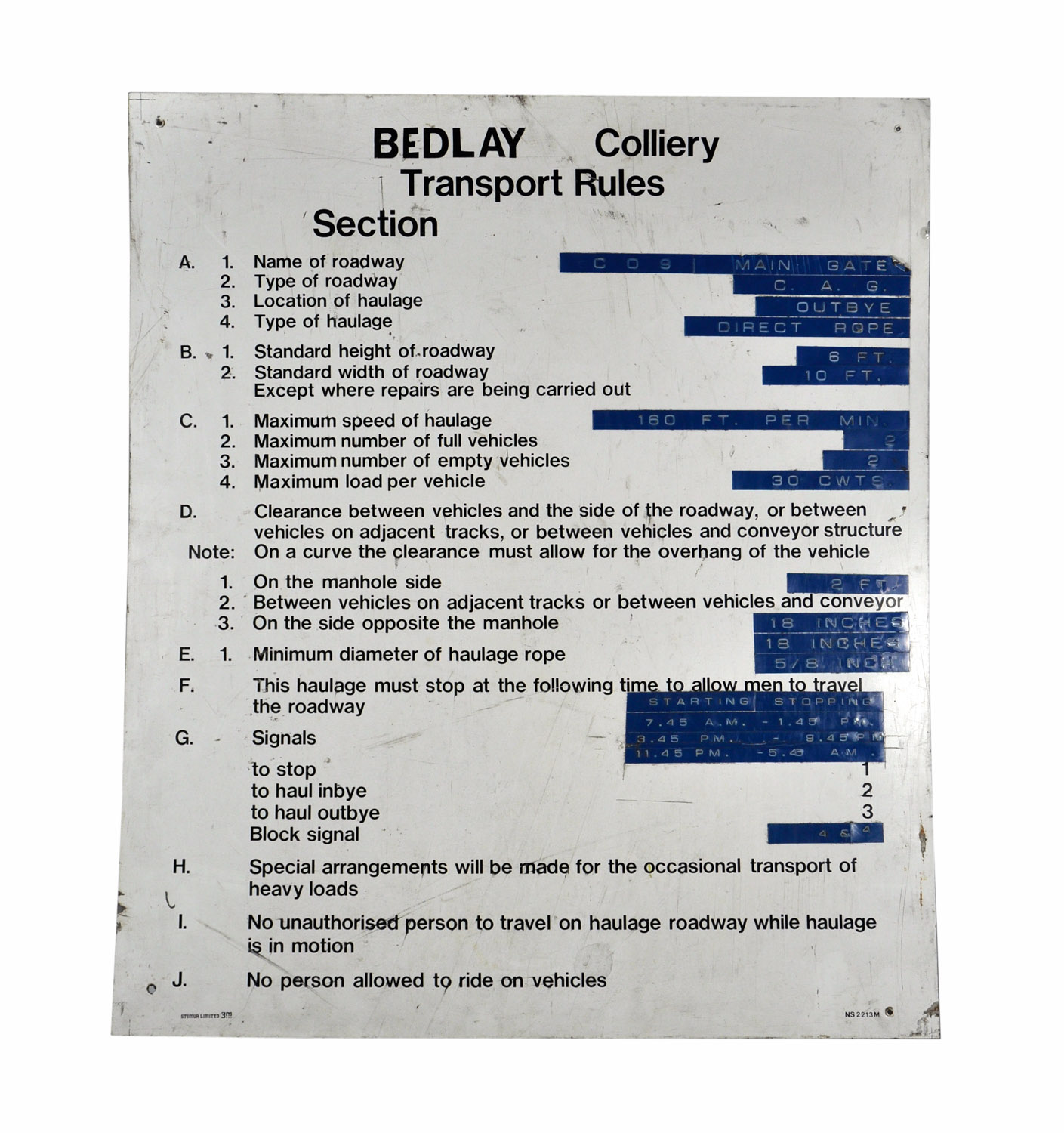 At some collieries there was also a haulage system on the surface. When Kingshill No.3 pit near Airdrie opened in 1951 the coal had to be transported to Kingshill No.1 for washing and sorting. This was achieved by an above-ground ‘endless haulage’ system. 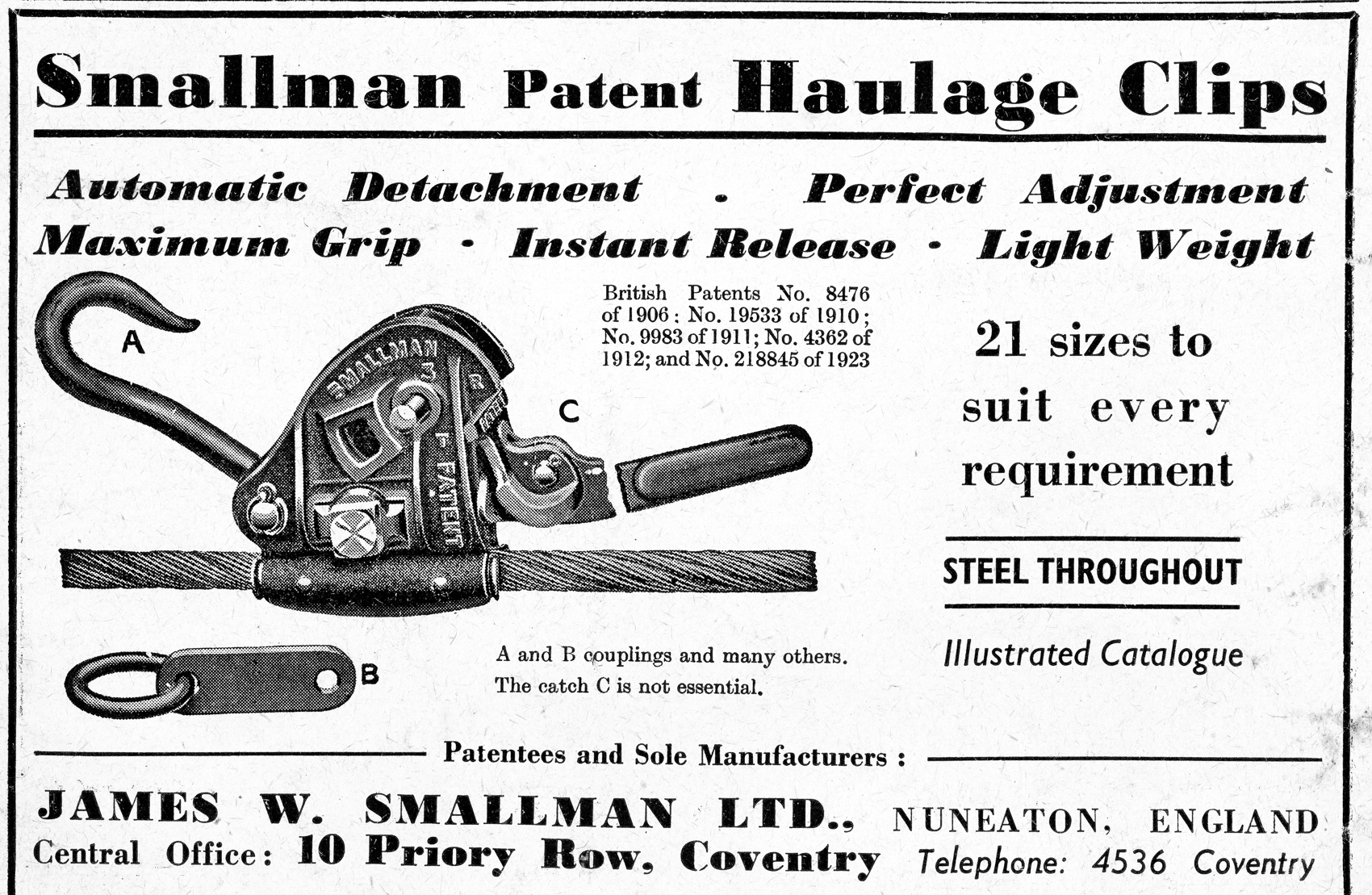 An alternative to the conveyor system was a railway. This was possible in larger tunnels, where narrow-gauge locomotives pulled trains of coal hutches. This was a more reliable system over long distances. In the days of steam traction, ‘fire-proof’ locomotives were built so that they couldn’t spark a fire or explosion underground. Above ground, steam locomotives were still in use at Bedlay Colliery into the 1980s.

Previous: Keeping the Mine Dry