Founded in 1859, William Bain and Co produced fencing and ironwork, going on to make structural steelwork and corrugated cladding for buildings.

William Bain Snr was an Edinburgh native and set up his original Lochrin Iron Works at Tollcross in the Scottish capital. The name came from the location near the Lochrin Distillery but it was a word that would become closely associated with Bain’s fledgling business. Although his first clients were the wealthy, Bain expanded his business into garden fencing, hothouses and ironwork for the growing middle class.

William Bain died in 1871 and the business came under the control of his eldest son, then only 18 years old, William P C Bain. In 1879 he invented the ‘dropper’ fence which was well-suited to fencing covering long distances (with the economies of scale that went with it) and the business expanded, including exports.

By the 1880s the Edinburgh factory had become too small for the growing business and Coatbridge was chosen as the site for a new Lochrin Works, mainly because of its location on the canal and railway networks. The Lochrin Works started on the west side of Coatbank Street but in the early 1900s it grew to occupy a large site across the road too. By now there were four distinct departments: Constructional, Fencing, Wire Mills and Timber. This diversity of activity enabled the firm to make an unusually wide range of products, not just fencing but warehouses, pylons and even corrugated iron churches.

When Bain’s built Coathill Hospital in 1912 they were so unhappy with the supplied concrete blocks that they started making their own, leading to new business supplying blocks for house-building. The firm’s range of products included rails and rolling stock for light railways for use in mines, sawmills and other factories.

Conditions in the Lochrin Works were often uncomfortable and sometimes downright dangerous. For example, Donald MacDonald writing in The Raddle in 2004 recalled that he “witnessed his boss in a moment of stress, walking into an array of [not quite red-hot] wires and being badly burned about the head.” 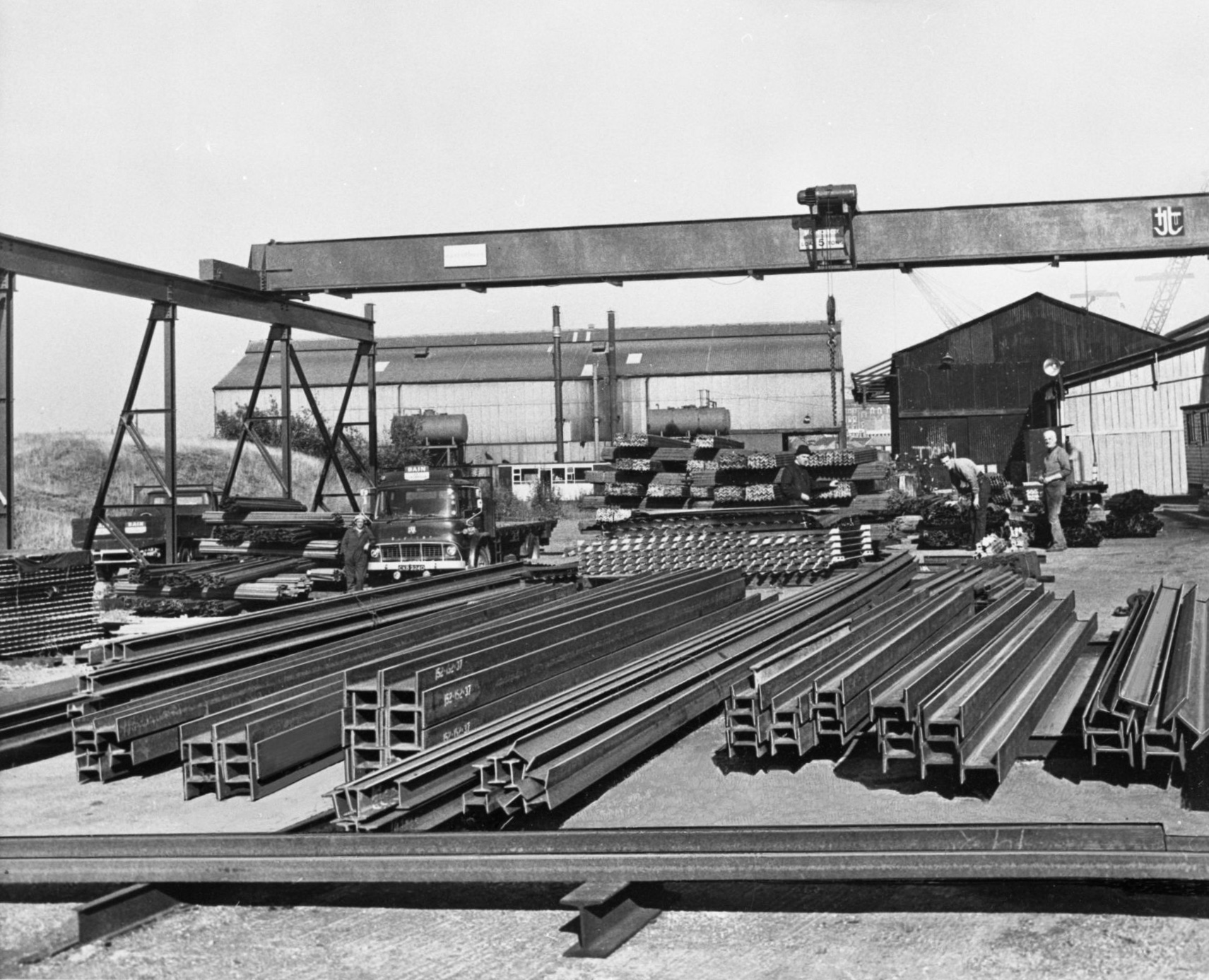 William Bain and Company ceased trading in 1982 and the Lochrin Works closed in 1986. The works entrance was relocated to Summerlee Museum, where it is now the main entrance to the Exhibition Hall.