Some of North Lanarkshire’s most important war work was done by medical units. Medical science and nursing developed massively during the war. Huge advances in blood transfusion, infection control and surgery mean injuries that previously would have killed result in survival.

Much medical treatment was done very close to the front line. Once serious cases had been stabilised, they were sent on to military hospitals for further treatment and rehabilitation. 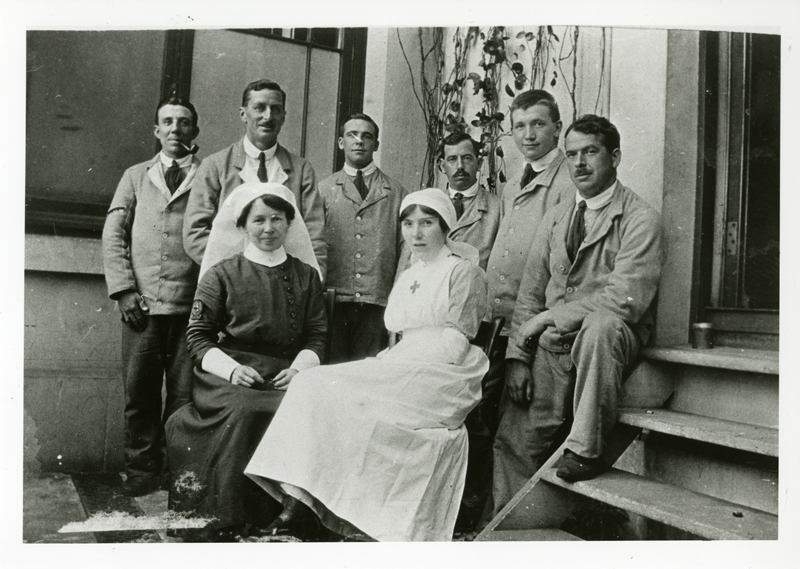 Many large estate houses in Britain were turned over to treatment of the wounded. Among these in North Lanarkshire were Drumpellier House and Dalzell House. These were mostly staffed by Volunteer Aid Detachment (VAD) nurses with help from the British Red Cross. 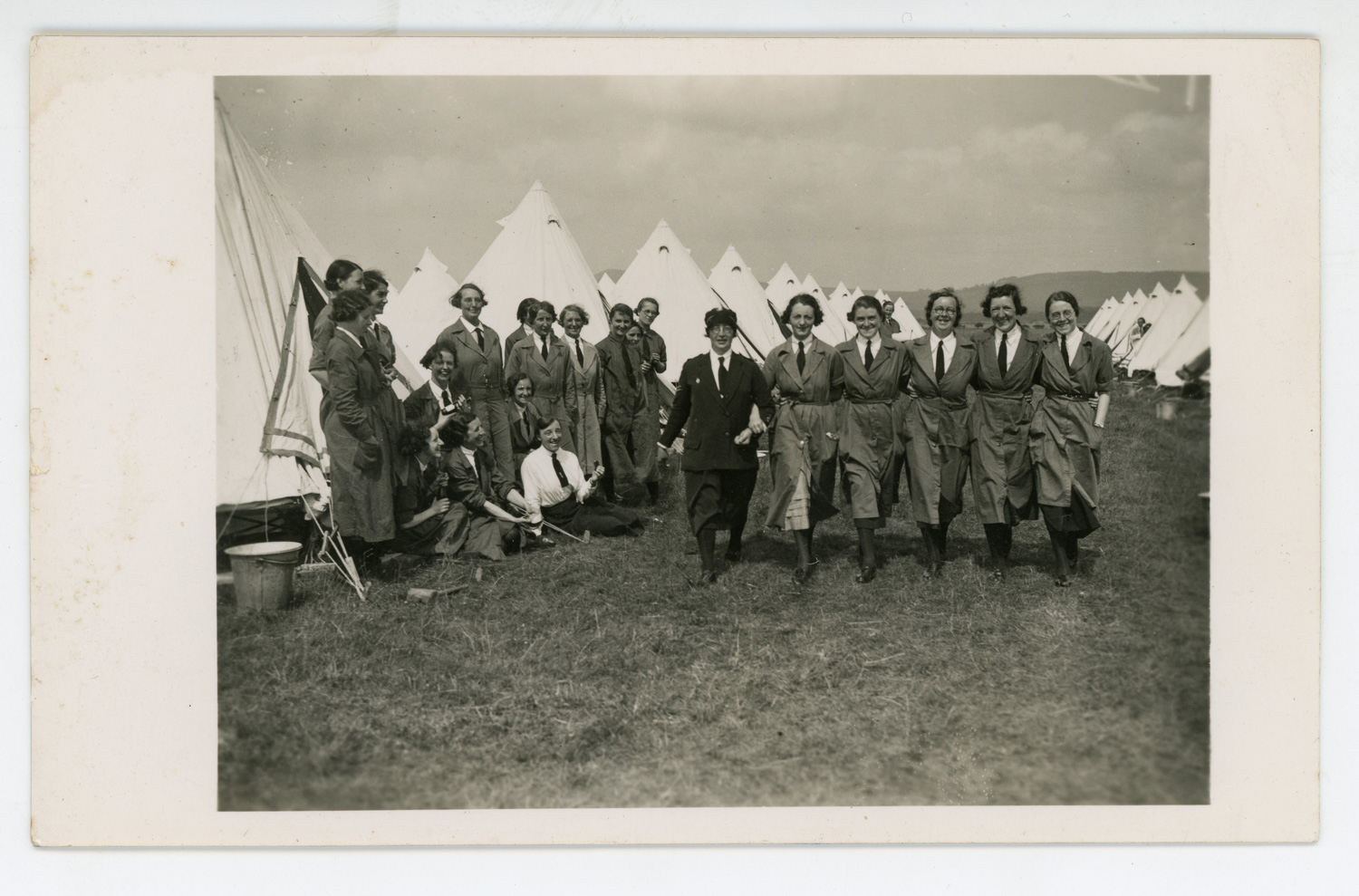 Drumpellier House, near Coatbridge, was the grand home of the Carrick-Buchanan family. During the First World War it was used as a Red Cross hospital and Convalescent Home, and known as the Drumpellier Auxiliary Hospital. Altogether 2,050 soldiers were treated there over the course of the war and immediately after. A ‘goodbye’ gala ball was held on the 5th of March 1919. 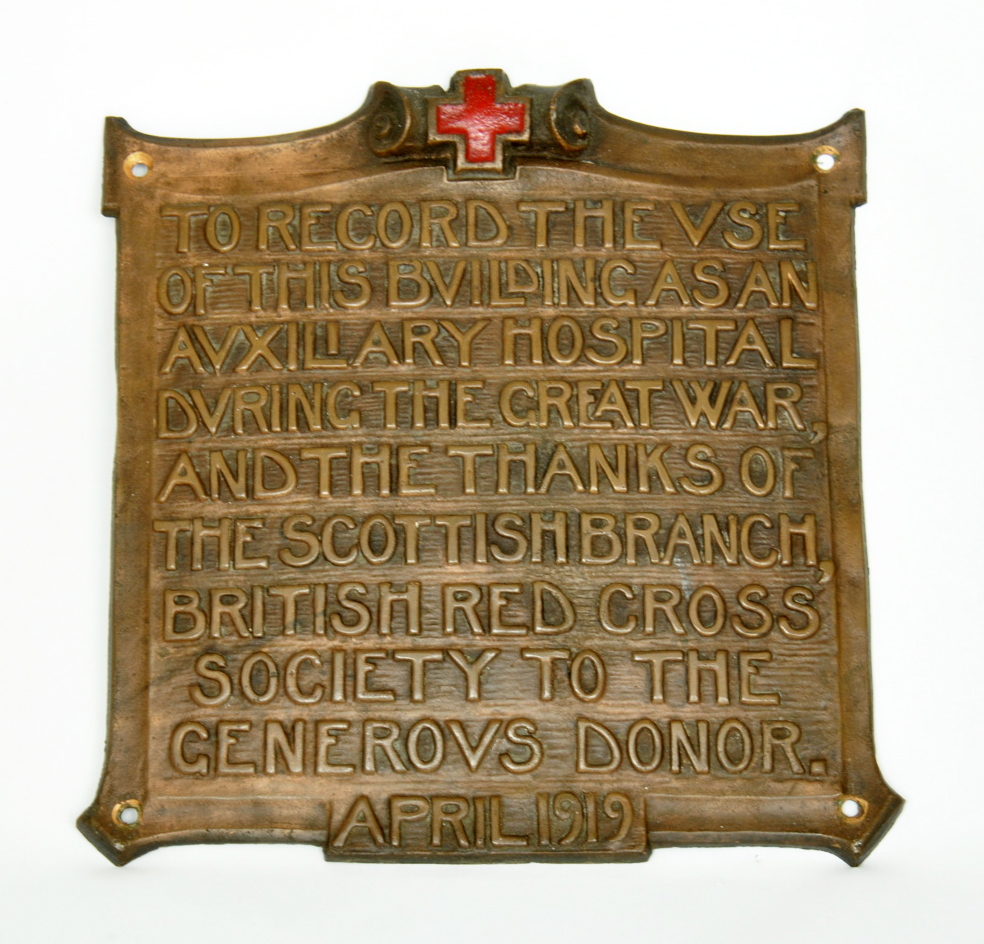 Dalzell House, near Motherwell, was the family seat of the Hamiltons of Dalzell. It was in use as an Auxiliary Red Cross Hospital from September 1914 to March 1919. Initially the hospital had 14 beds, but later expanded to over 40 as casualties increased. The hospital catered for medical and surgical cases, most of whom were convalescents. Altogether over 1,000 patients passed through Dalzell before returning to the front lines. 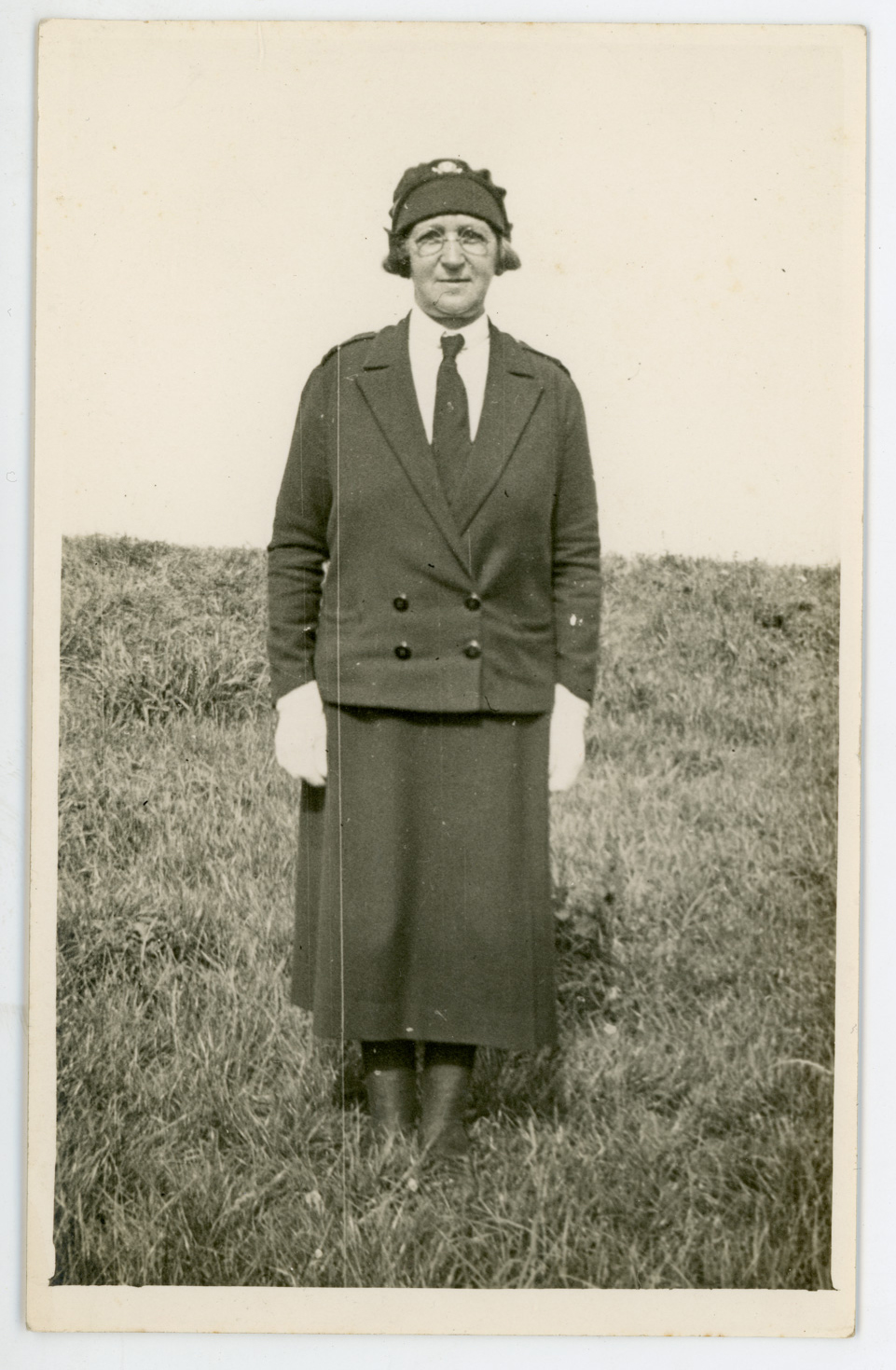