In 1872 Scotland played England in the first official international football match. Following the match, football’s popularity spread rapidly across Scotland, including the towns and villages of North Lanarkshire. It was much easier to play than games like cricket as you didn’t need good facilities or expensive equipment, so it was an ideal sport for working people with some leisure time now to spare.

The football craze rapidly took hold. If you weren’t playing fitba then you were watching your local team on a Saturday afternoon and then again midweek. Youngsters dreamed of becoming the next footballing star to escape the drudgery of the pits and steelworks. And why not? All you needed was a ball, some skill and plenty of practice!

The first football teams emerged to allow their members to play football for exercise and enjoyment. Local works, churches and schools all quickly established their own teams. 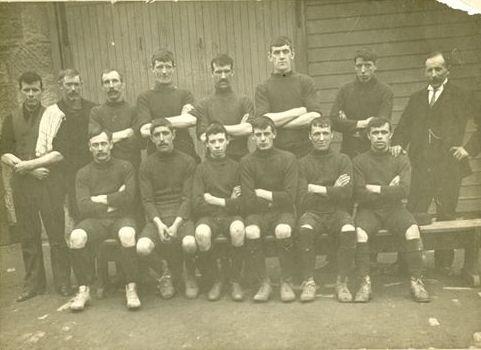 Before the Scottish League was created in 1891 fixtures and competitions had to be organised by the teams themselves. In North Lanarkshire a number of local tournaments were created that allowed the game to become more competitive. In 1884 Airdrie Cricket Club decided that they would use their surplus funds to establish a charity competition for footballers, known as the Airdrie Charity Cup. 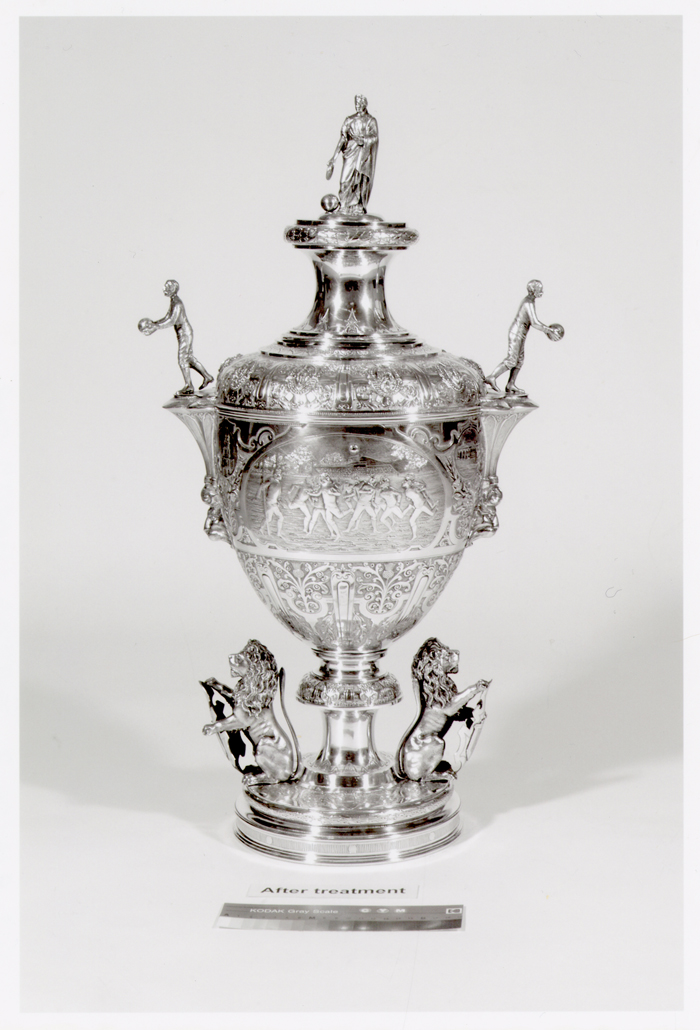 Football history was made 6 years later in the competition; on 6th June 1891 McLugge of Royal Albert took the world’s first penalty kick. Only four days earlier the International FA Board met at the Alexandria Hotel in Glasgow to decide if penalties should be introduced, intending it for the next season.

Other tournaments soon followed including the Larkhall Charity Cup and the Coatbridge Express Consolation Cup. 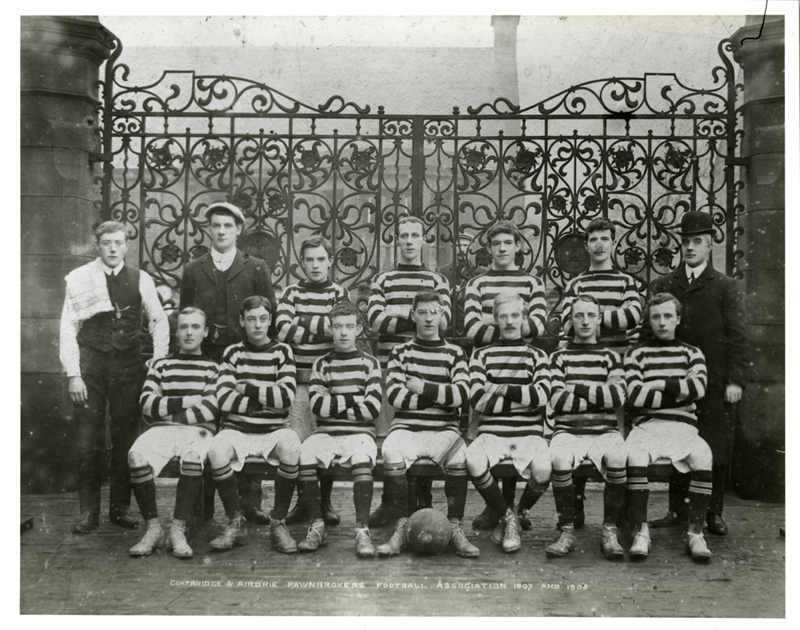 Football was also popular amongst children and so in the summer of 1886, at Mavisbank, the Airdrie Schools Cup began and it would earn the distinction of being the oldest schools tournament in the world. 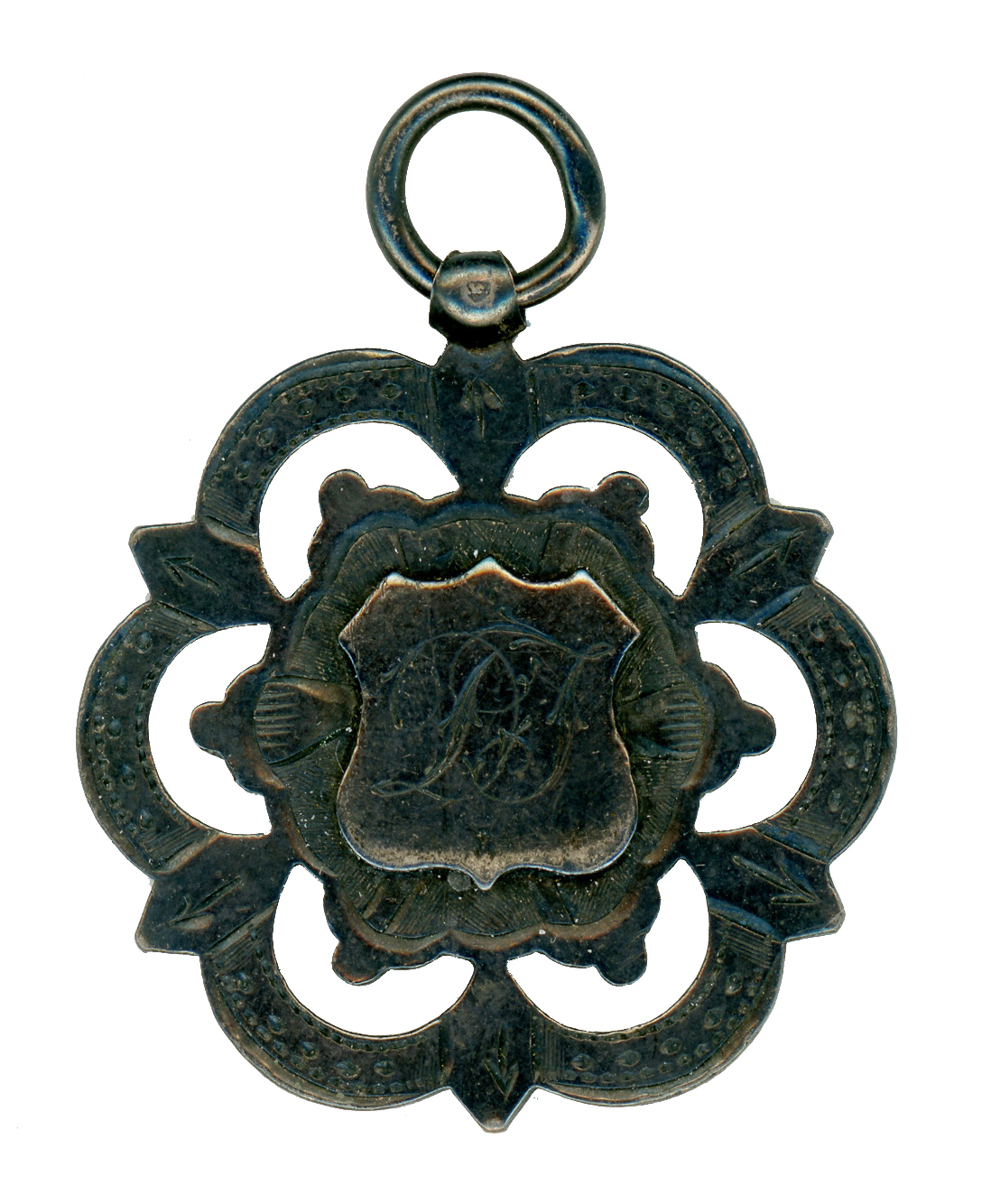 Such was the growing popularity of the game, football clubs sprang up all over North Lanarkshire, including the small hamlet of Riggend, near Airdrie.