In the late 1800s Glenboig was one of the leading manufacturers of firebricks in the world. Working in the brickworks was a skilled job; before the days of mechanisation all bricks were made by hand.  A moulder would pack wet clay into a wooden brick mould, press it down with his hands and then remove the excess clay by drawing a piece of wood over the mould. 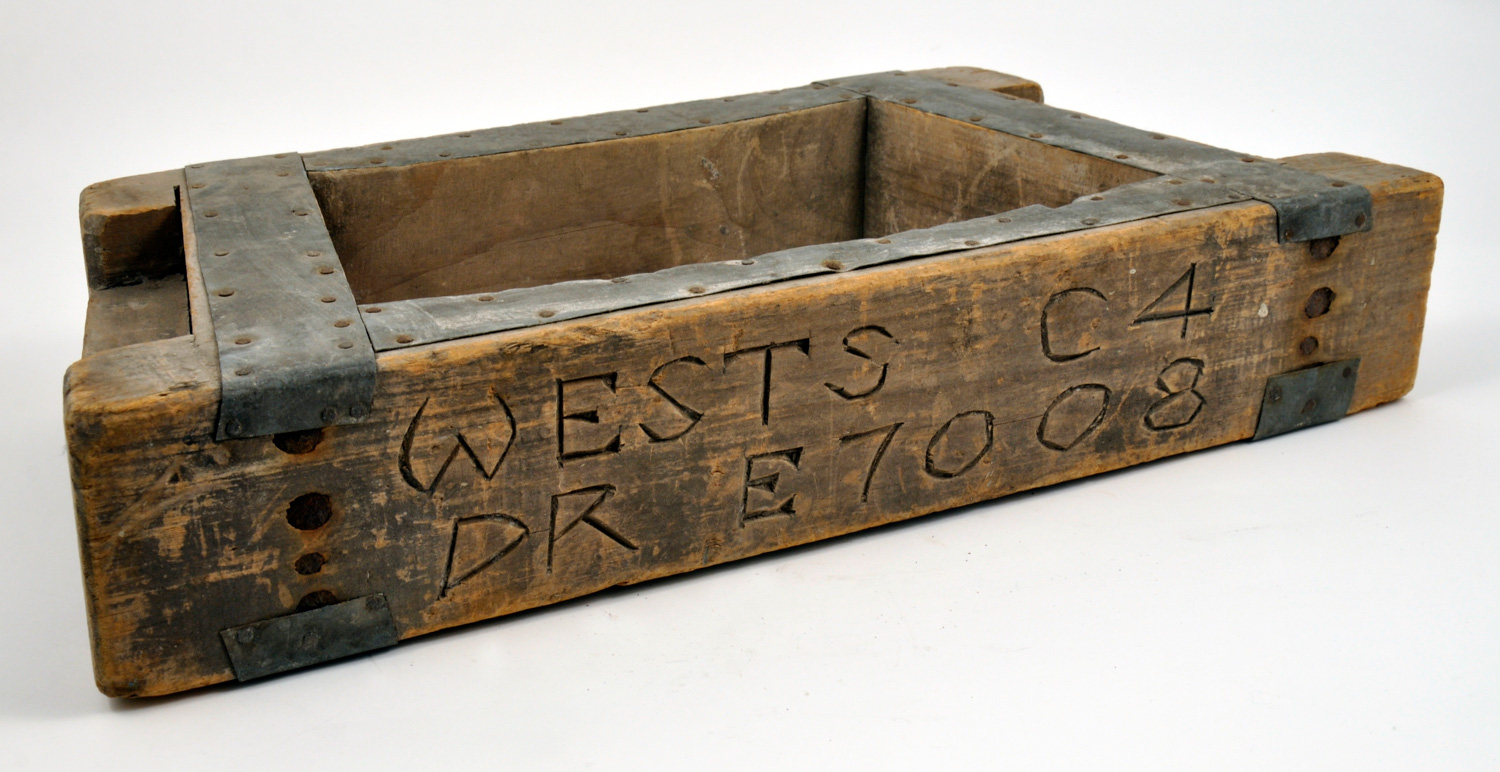 Workers took pride in their craft and would press their thumbprint into the brick as evidence that it was handmade.  There were lots of complaints when the practice stopped, of ‘cheap machine made rubbish’. For a while a mark resembling a thumbprint was stamped along with the brand name on the machine made bricks.

By the beginning of the 1900s demand for bricks became so great that purpose built machinery enabled an increase in brick production. Only ‘specials’ were handmade. 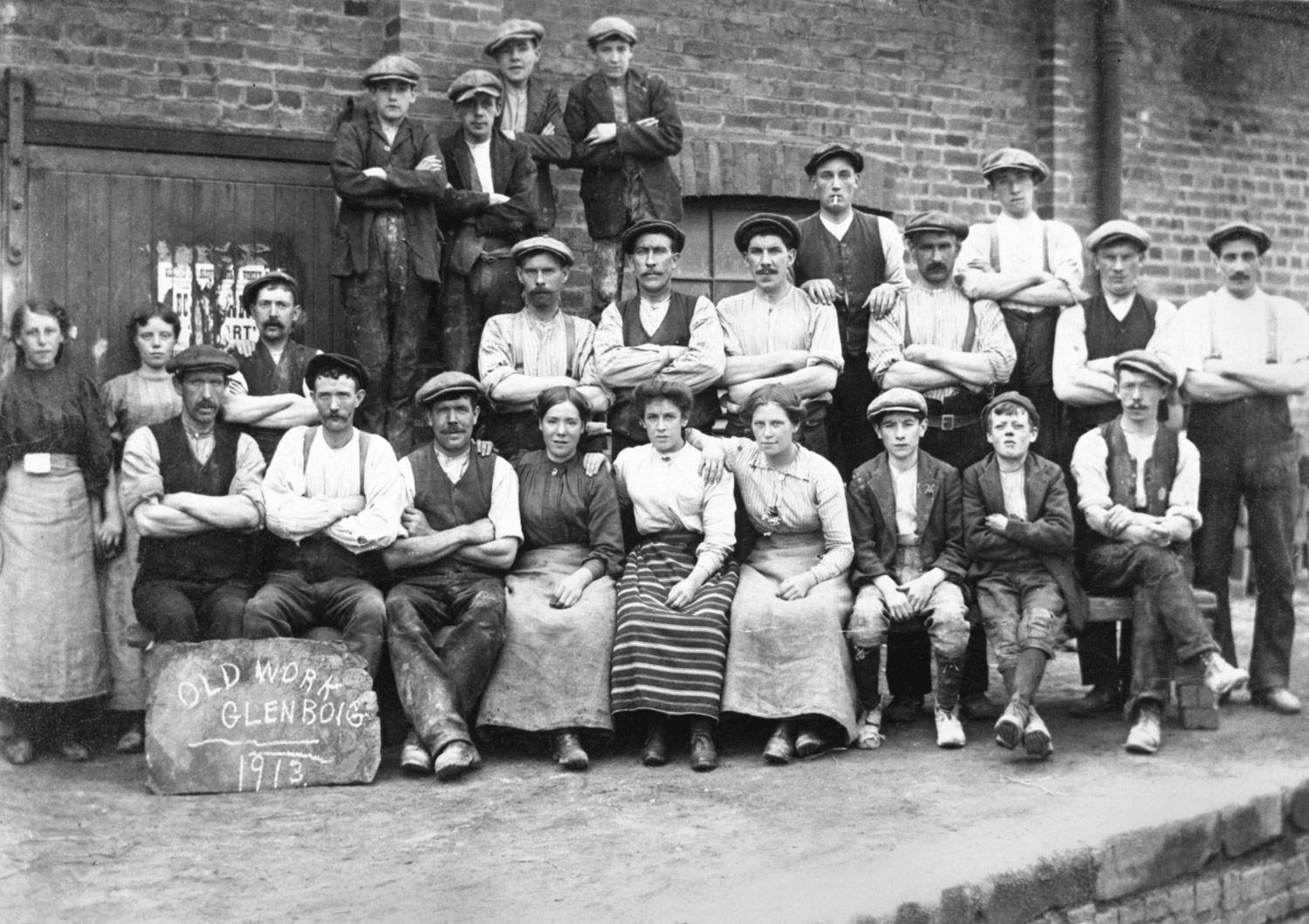 The traditional techniques of handmade bricks are still needed today for repairs to historic buildings and conservation areas.

Whole families worked in the brick works, including many women; running bricks into the kilns for firing and lifting the bricks off the machines. In later years they also made the specials. Ida Reilly’s family was one of them. Her father, brother and two sisters all worked in the Star Works in the 1940s. Ida recalls that the number of men and women were about equal during her time there. She worked with Mick Hand on the press;

‘…we used to put the brick into it and he pressed it and we took it out and put it to dry on the floor’. She also worked as a ‘Dresser’ and had to stamp, scrape and polish the bricks. She had the job of setting the kiln which she disliked; ‘I didn’t like pushing the bogie. It was hard work and the kilns were too hot.’

Boys were also employed as brick carriers. Other jobs included digging out and transporting the clay from the mines, filling the kilns with soft bricks ready for firing. 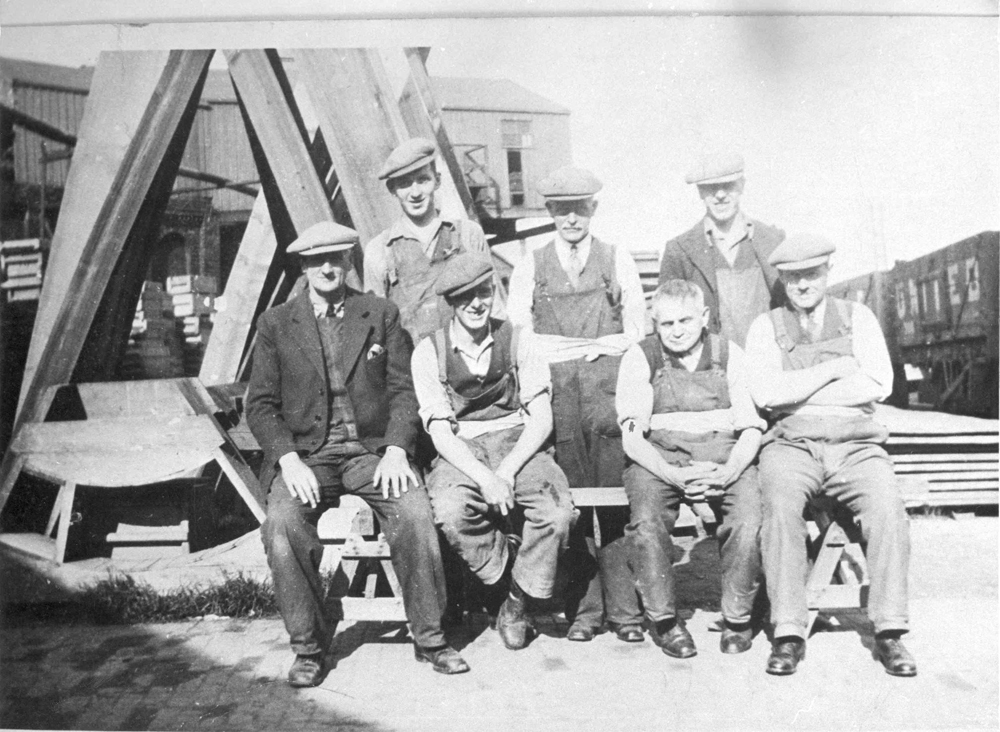 Glenboig’s fame belongs to the workers and their families. They made the village their home and worked in the brickworks, generation after generation. The industry shaped the lives of nearly everyone in the village. Fireclay money built houses, schools, churches, a workmen’s institute and baths. The Workmen’s Institute included a Games Room, Billiards Room, Reading Room and Ladies Room. A strong community spirit developed which still exists to this day.

There were many smaller brick works in North Lanarkshire producing firebricks as well as common, engineering and terracotta bricks. With over 70 works in total it was a major industry in its own right. Common bricks which were made from colliery waste were widespread. They were normally located next to and owned by coal mining companies. 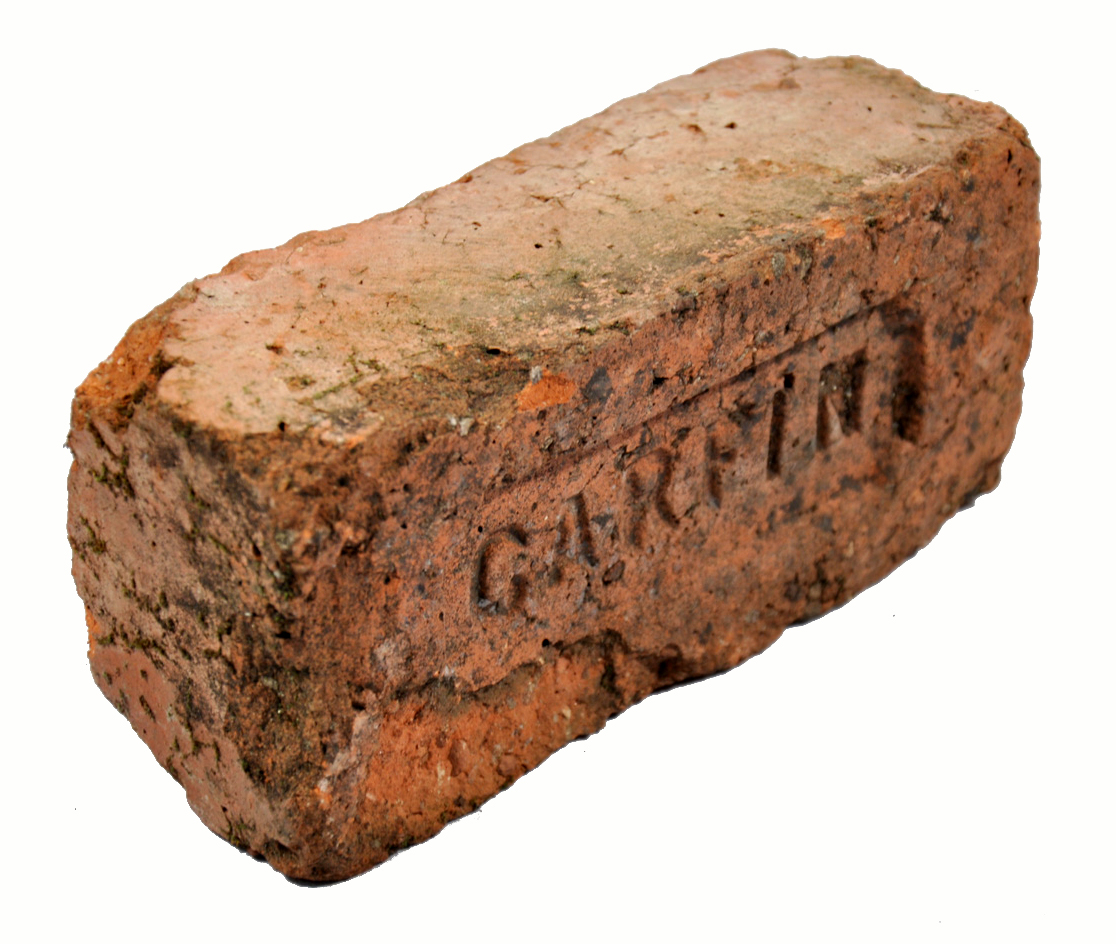 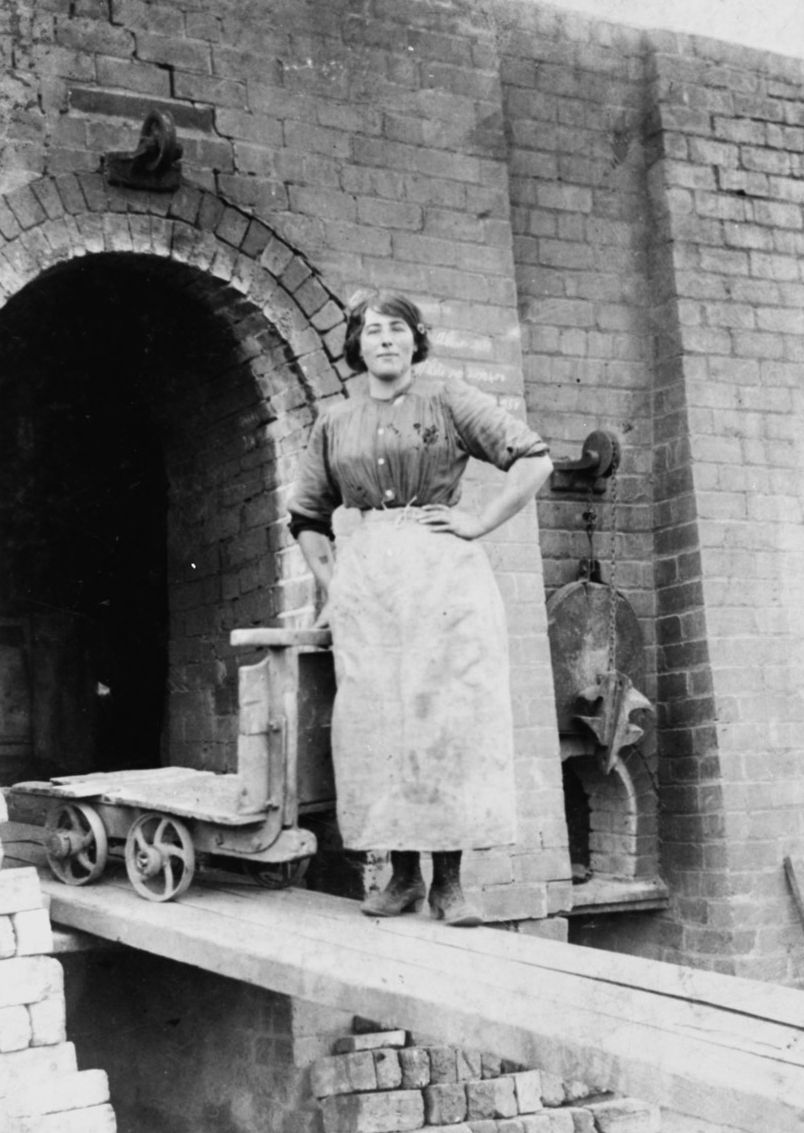