Working class poet Janet Hamilton (1795 – 1873) was born in Carshill in the Parish of Shotts on 5th October 1795, the daughter of James and Mary Thomson (nee Brownlee).

James Thomson was a shoe-maker. After a brief spell living in Hamilton, he suffered ill-health and sought a break from the trade. James and his family moved to Langloan in the Parish of Old Monkland when Janet was seven years old. He and Mary became farm labourers on the Drumpellier Estate for around two years. When James was able to resume his trade he set up his own shoe-making business on Bank Street, Coatbridge. 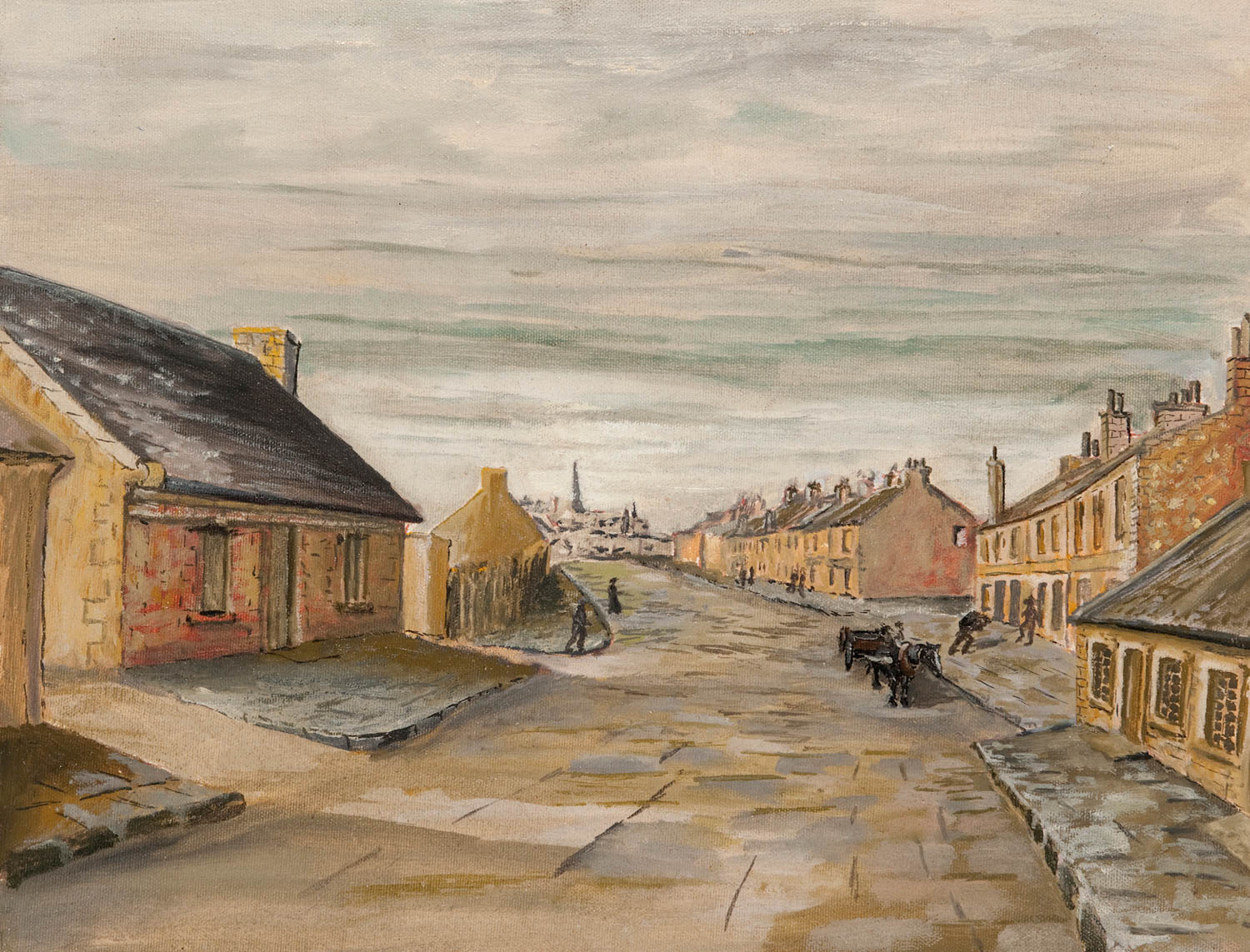 Langloan in the 19th Century by Unknown Artist, around 1970

Janet worked as a child, her main duties being spinning and embroidery. She also found time to read, having been taught by her mother who encouraged her to read the Bible every day. Her father was a member of the local subscription library and Janet became an avid reader of writers such as William Shakespeare, John Milton, Allan Ramsay and Robert Burns.

About the beginning of the present [nineteenth] century, a number of our working-men, in conjunction with several of the neighbouring farmers, and the village and parish schoolmasters, got up a subscription for a library. Funds sufficient for the purchase of several hundred volumes were speedily raised.

~ Extract from Sketches of a Scottish Roadside Village

In 1809, thirteen year old Janet married John Hamilton, one of her father’s young workmen. They wed in Glasgow but lived in Langloan. Inspired by the prose, poetry and essays of other writers, Janet began composing her own verse when she was in her late teens and twenties. Unable to write herself at this point, her husband transcribed her work. Two decades of child-bearing and raising a family of ten then intervened. 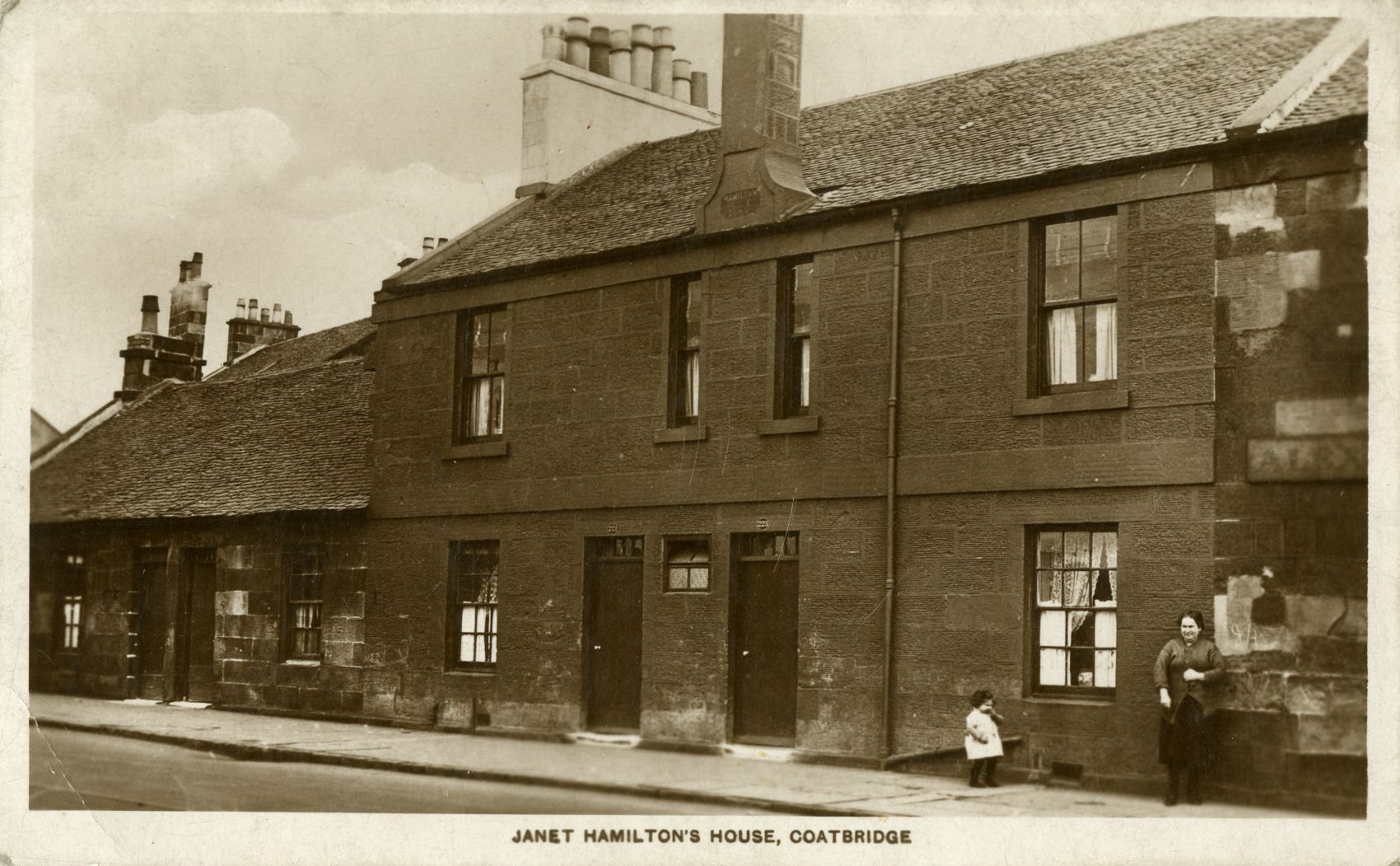 Janet finally taught herself to write, then in turn taught each of her seven sons and three daughters to read and write. She returned to her own composition when she was in her fifties. Janet’s work at this time included poetry in Scots and English, plus recollections of her youth in rural Scotland, such as Sketches of a Scottish Roadside Village. She also wrote supplementary essays for The Working Man’s Friend and Family Instructor, published by John Cassell of London. 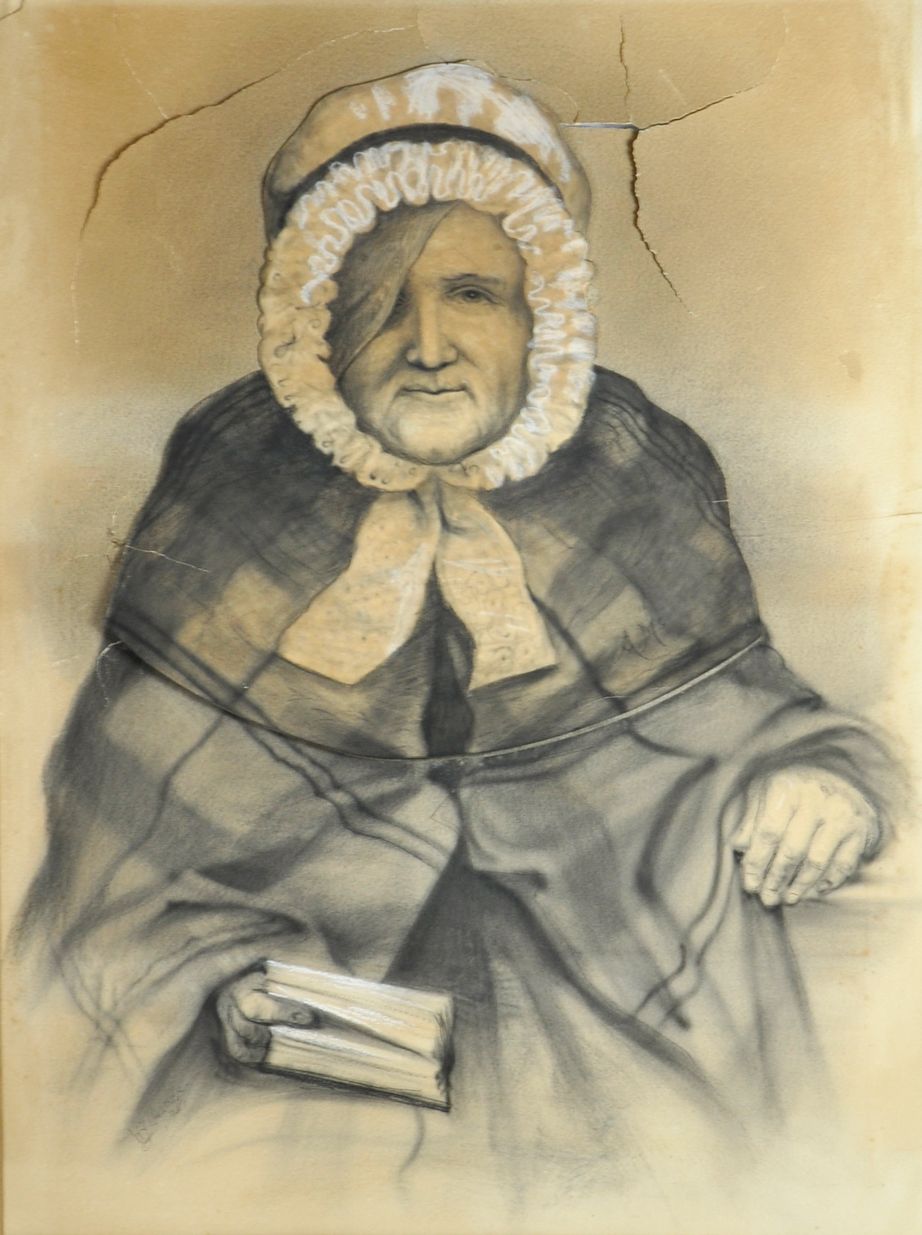 Incredibly, Janet not only overcame the challenges presented by being a self-taught working class woman to become known as the “Langloan Poet”, she also coped with blindness for the last eighteen years of her life. Virtually bedridden, she relied on her family to help her. Janet dictated copy to her son James (1814 – 1882) and her husband and daughter Marion (1824 – 1900) read aloud to her.

In the prefatory note to the second edition of Poems and Ballads, published in the year of her death and dedicated to “the men of the working classes”, Janet concludes with a stanza from one of her own poems:

I am now an aged worker;

I have toiled, and read, and sung;

Oft my lyre was tuned to gladness,

Now my toils are nearly ended,

And my song ere long shall cease,

Soon my eyes shall close in peace.

Janet died on 27th October 1873 and was buried in Old Monklands Cemetery. She is commemorated by the Janet Hamilton Memorial Fountain in Coatbridge’s West End Park, close to the cottage where she lived for almost 60 years. 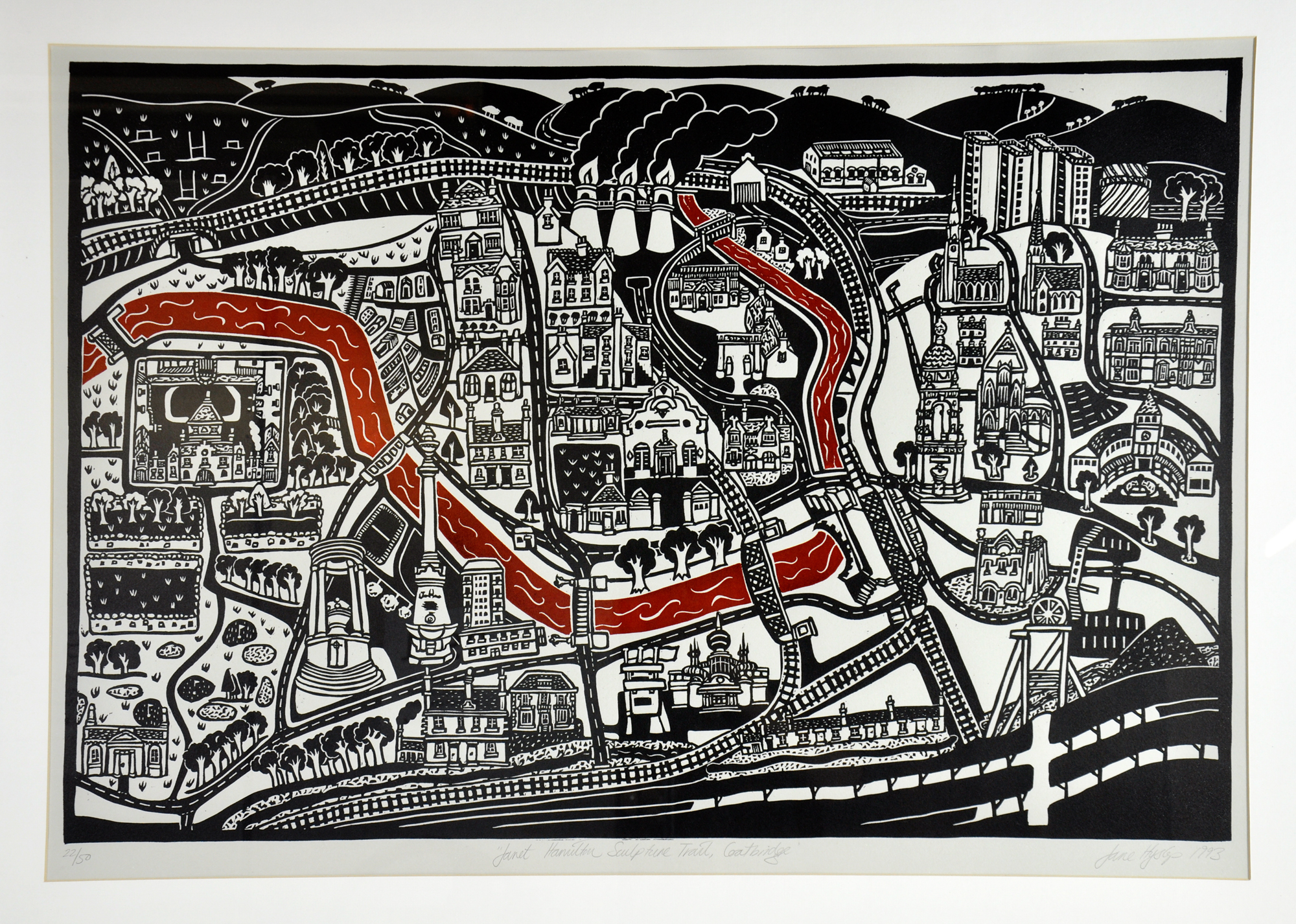