Sweetie making has long roots in Lanarkshire. One of the county’s earliest manufacturing industries, its beginnings were in agriculture.

The cottage orchards on the estates of Coltness and Wishaw are neither on the best soil, nor in the most favourable circumstances for raising fruit; and yet all of the tenants who have been industrious, and who have escaped particular misfortunes, are more comfortable than the generality of mechanics and labourers in either town or country. Every year adds to the value of their little glebes.

‘On the Orchards in Clydesdale’, in ‘The Quarterly Journal of Agriculture’ (1834).

The fertile soils of the upper Clyde Valley made the area perfect for growing fruit and local monasteries established orchards. For centuries the banks of the Clyde were lined with glasshouses filled with soft fruit and vegetables. By the late 1800s 60 varieties of apple alone were being grown. Seasonal workers would travel from Ireland to harvest the fruit. 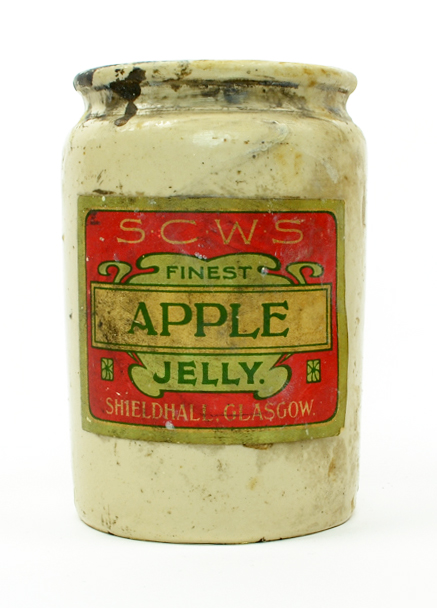 Farmers needed ways to use up the seasonal glut of fruit. One way to do this was to boil the excess fruit in sugar to make jams and preserves. Fruit-flavoured sweets were a natural extension of this business. 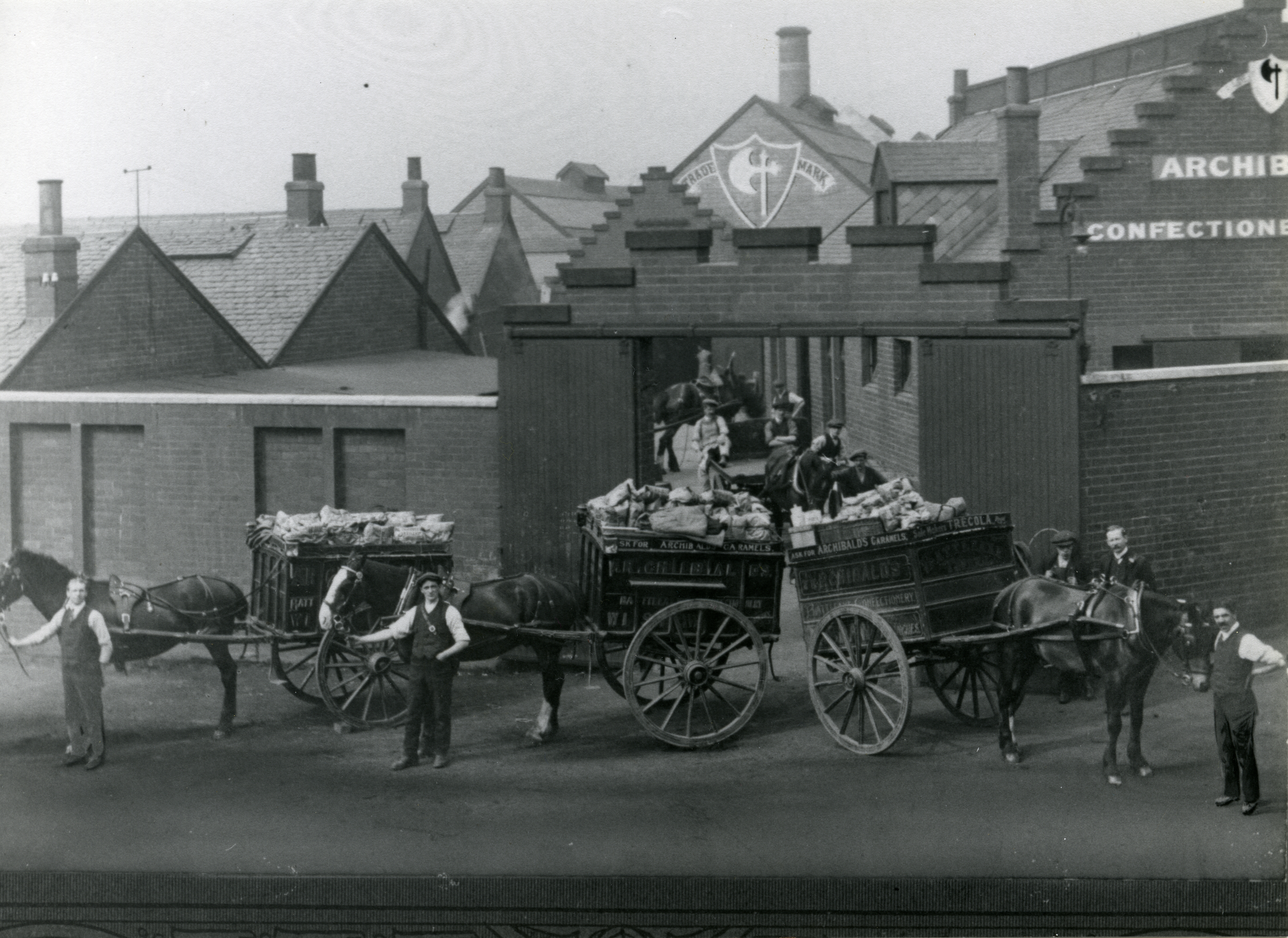 Glasgow’s strong links with the Caribbean had made the city a major importer of sugar, which was harvested using slave labour. In the 1800s Glasgow and its satellite towns became a key producer of sugar refining machinery thanks to firms like Mirlees Watson and AF Craig. 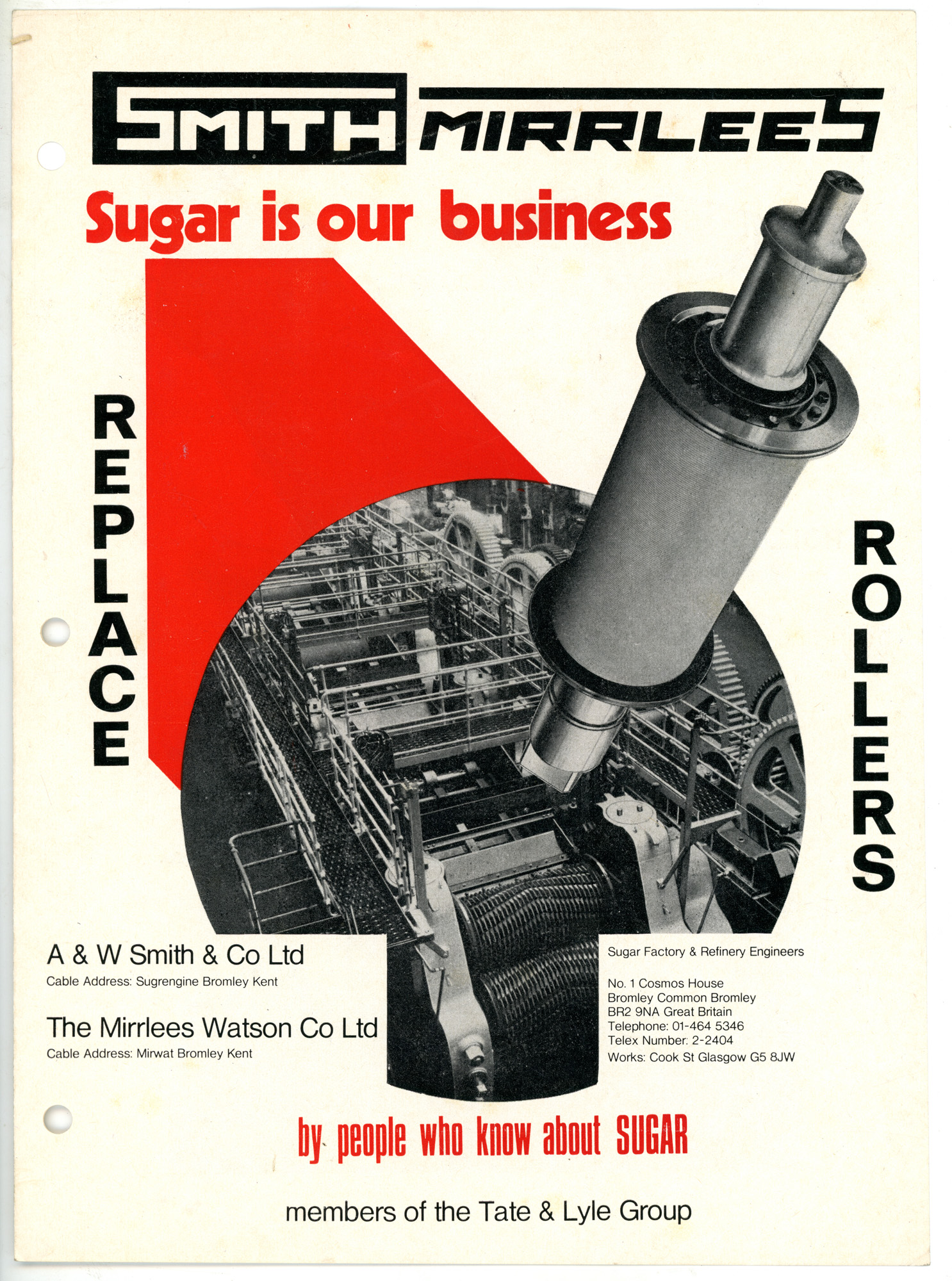 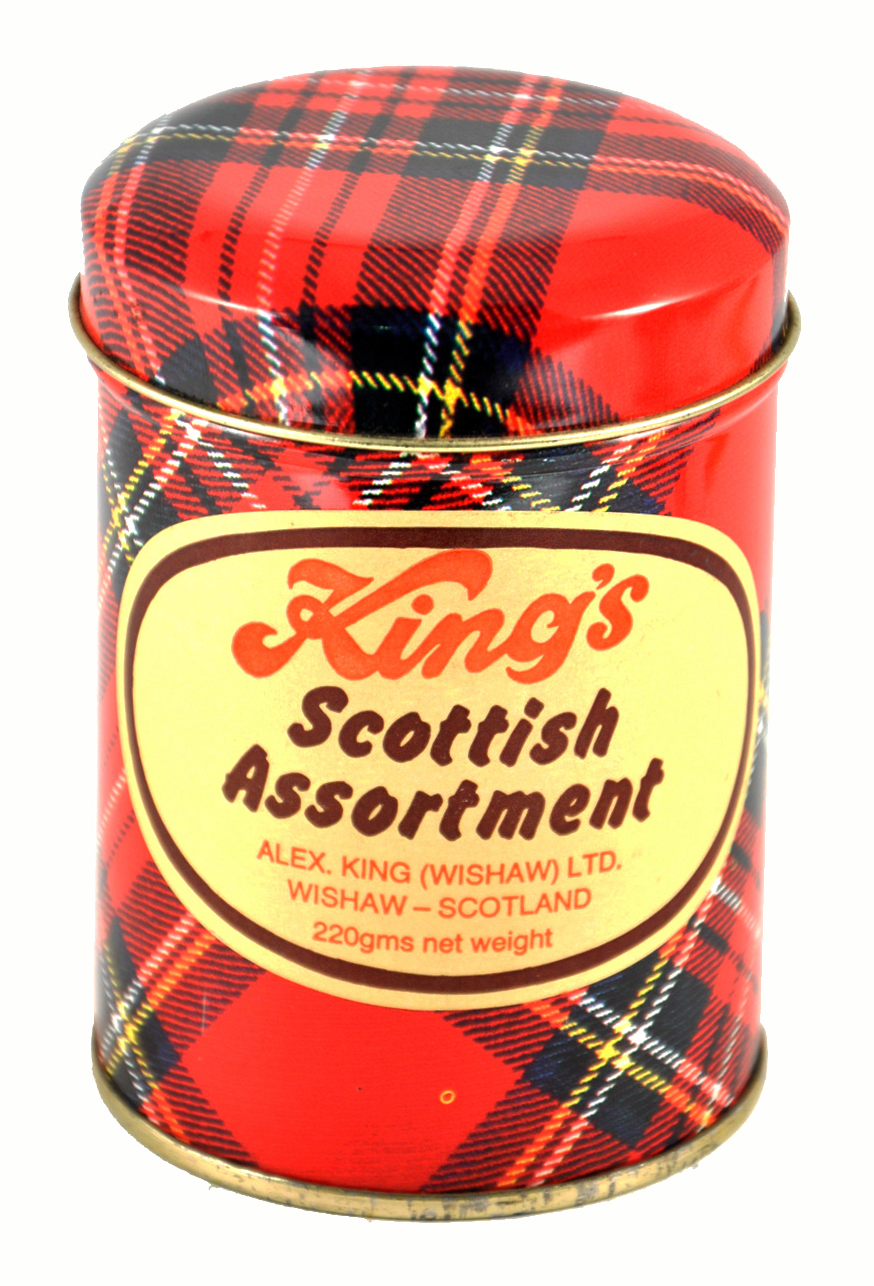 King’s specialised in boiled sweets, from ‘soor plooms’ and ‘pan drops’ to ‘chocolate cracknels’ and ‘Carluke balls’. Oddfellows’ were one their best sellers with 3,000 made in a minute. The firm had two shops in Wishaw and exported their goods all over the world. 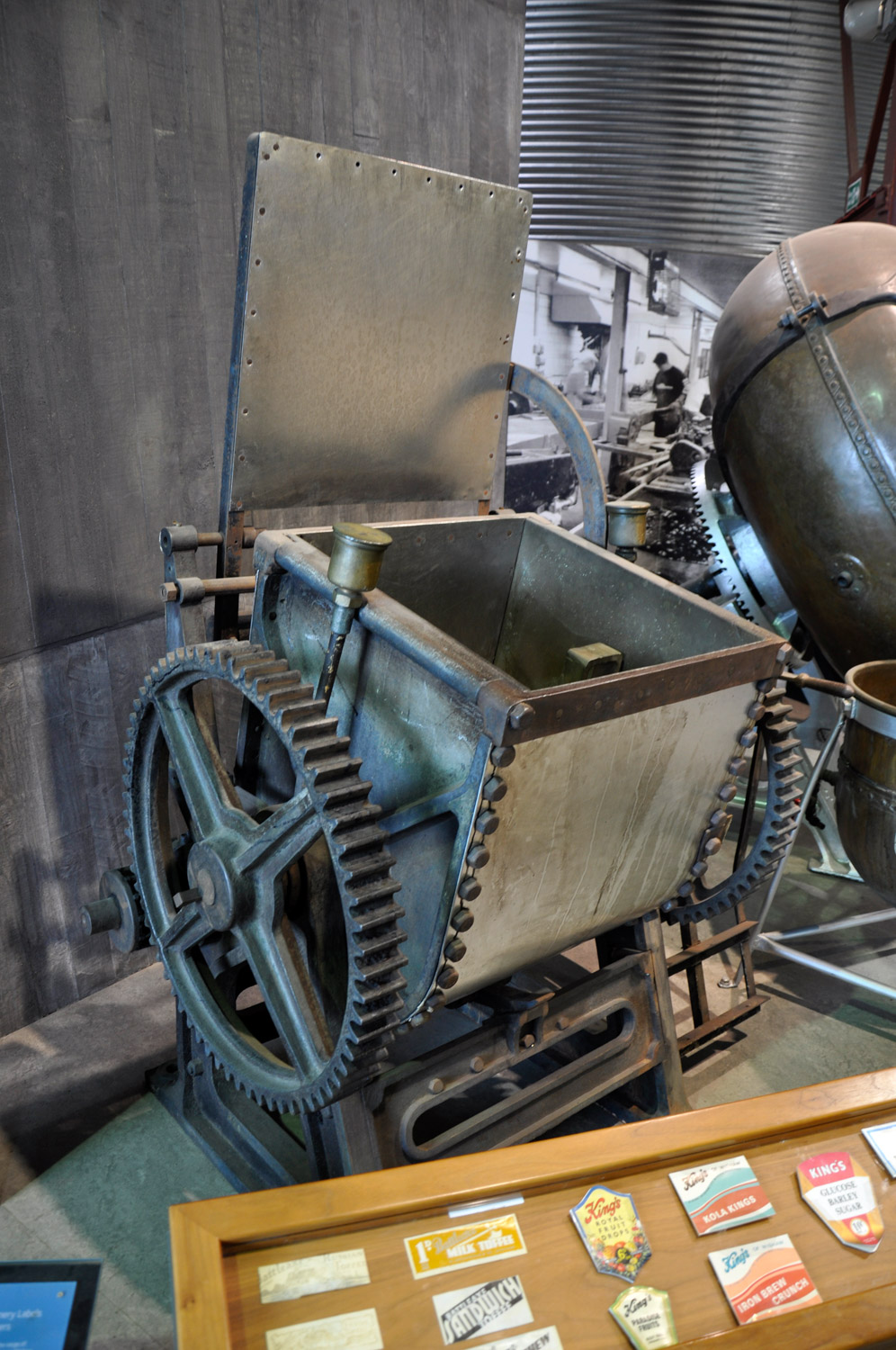 Most of the workers were women. They were highly skilled and performed a range of jobs including dipping sweets by hand, operating the mixers and sugar pans, assisting the sugar boilers and packing the sweets for delivery and sale. 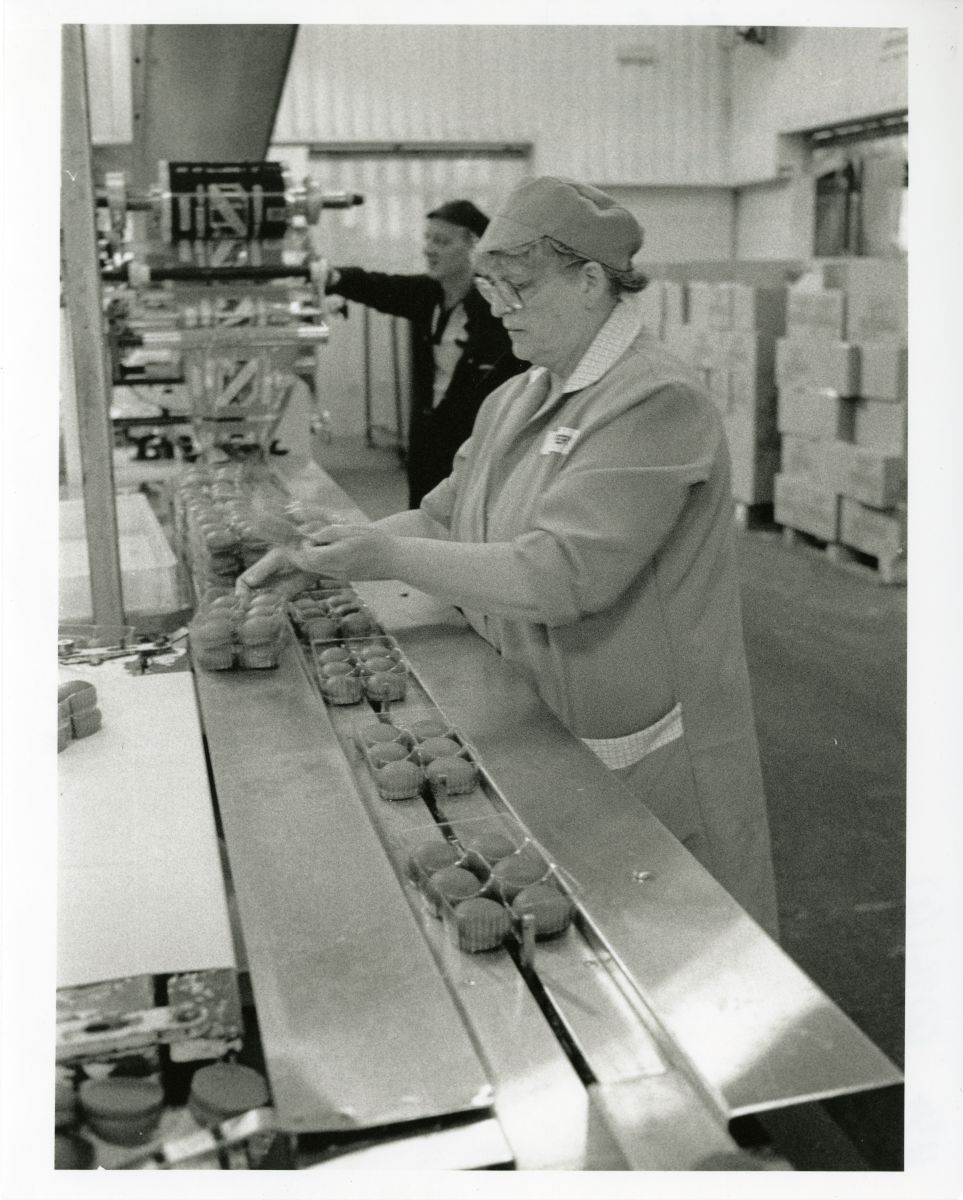 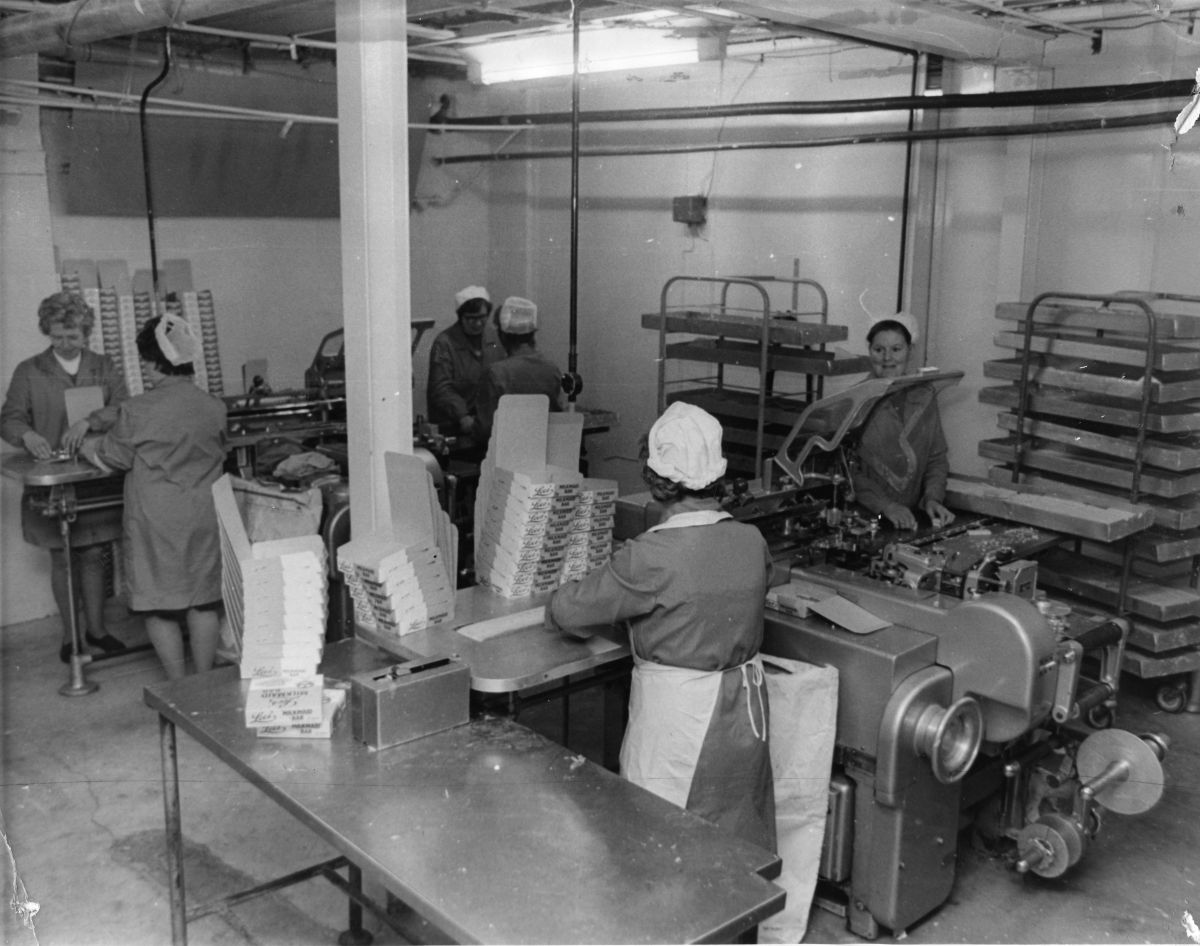 Workers Producing Sweeties at Lees' of Coatbridge, around 1978

Scotland’s cool climate was also ideal for ‘tempering’ sugar and chocolate. This meant gently warming it to create a shiny finish. 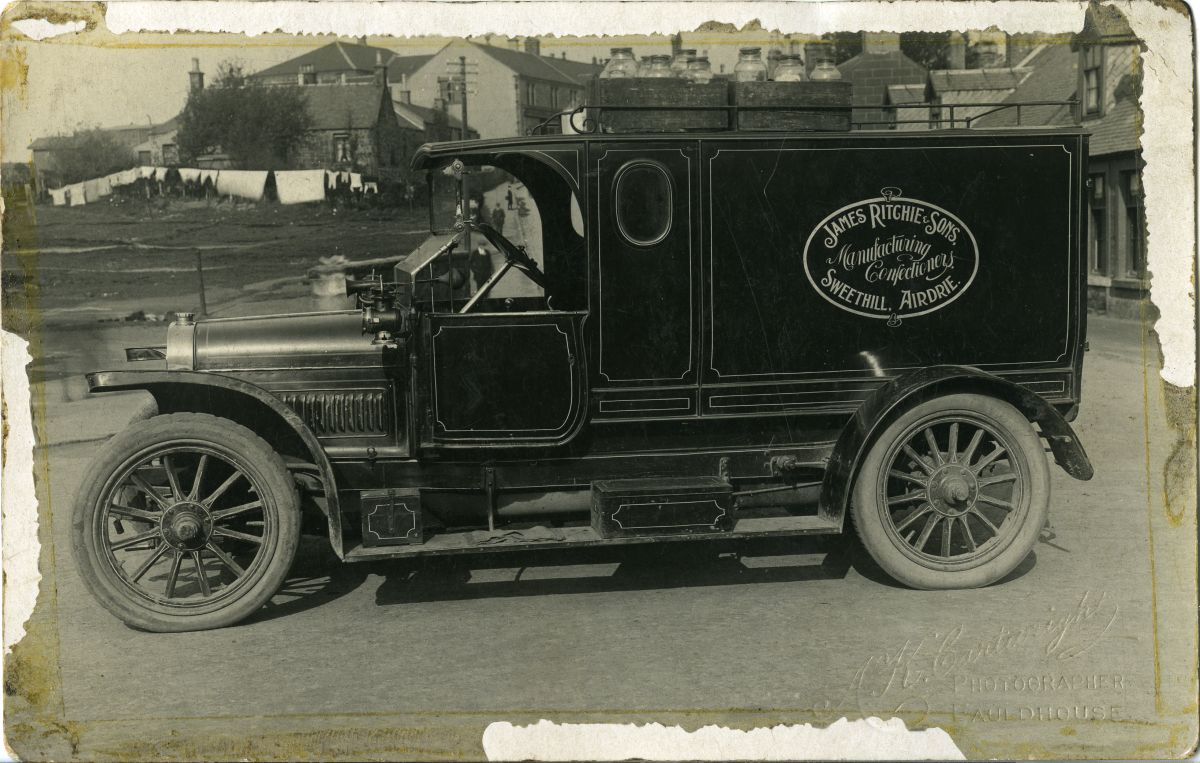 Scotland’s sweetie factories received sugar in big blocks or loaves which had to be broken down into powder form before being used to make sweets like drops and rock, with the addition of all sorts of exotic flavourings, or used to make chocolate.

What were your favourite Lanarkshire sweeties? 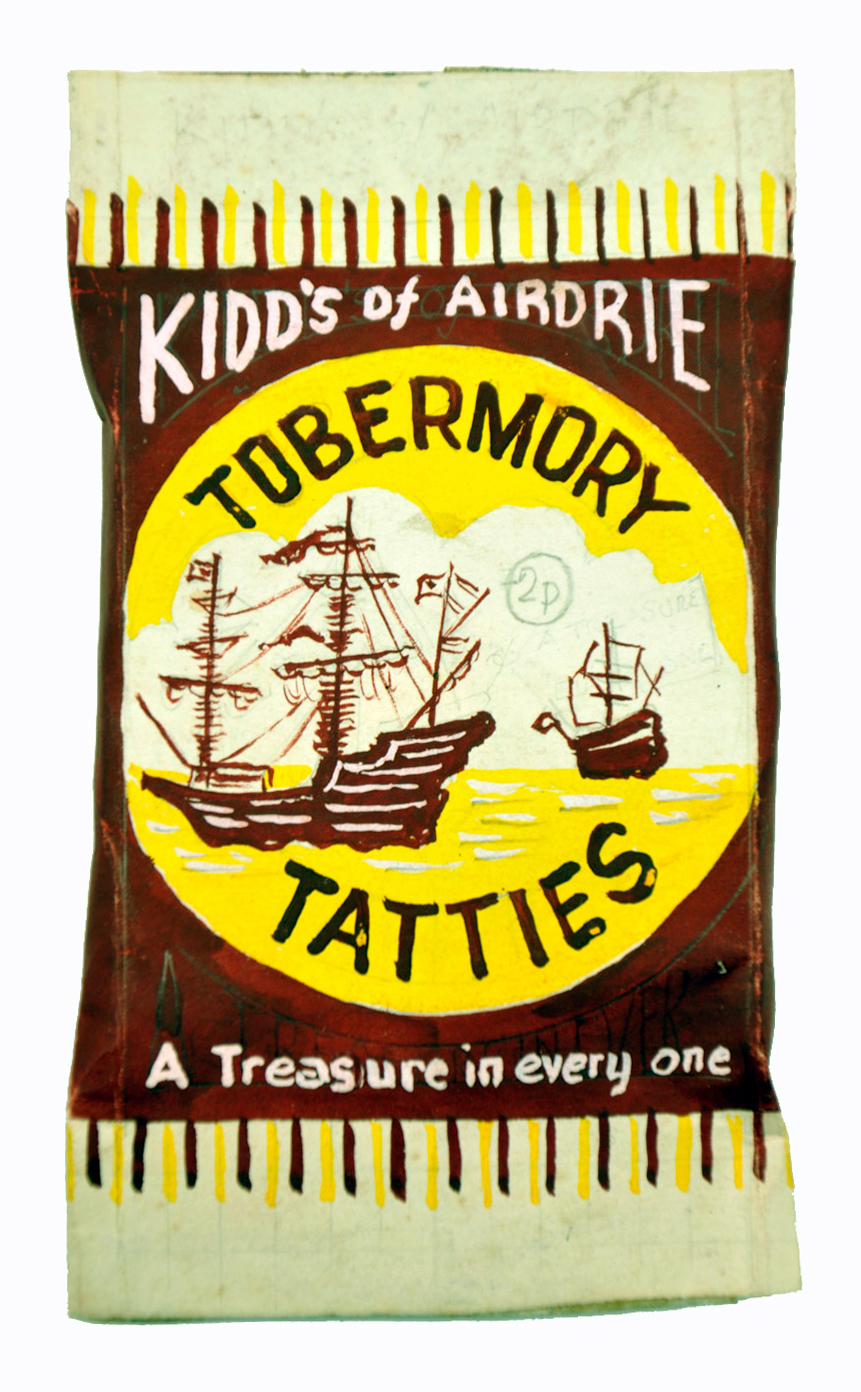