The Suffrage movement was active in North Lanarkshire. Meetings attracted the interest of many local women and during the 1911 Motherwell by-election, suffragists opened offices in the area to offer support to candidates willing to support votes for women.

In 1914 those involved in the movement used a Royal visit to Scotland by King George V and Queen Mary as an opportunity to draw attention to their cause. Suffragette banners were displayed at a royal procession in Glasgow while they visited the Clyde shipyards. When the tour reached Airdrie, suffragette Margaret Maxwell threw a petition into the Royal car just as it was leaving Airdrie Cross.

It was the first ever Royal visit to the town. According to reports she was received with much hostility by the crowds and put on a train back to Glasgow by local police. 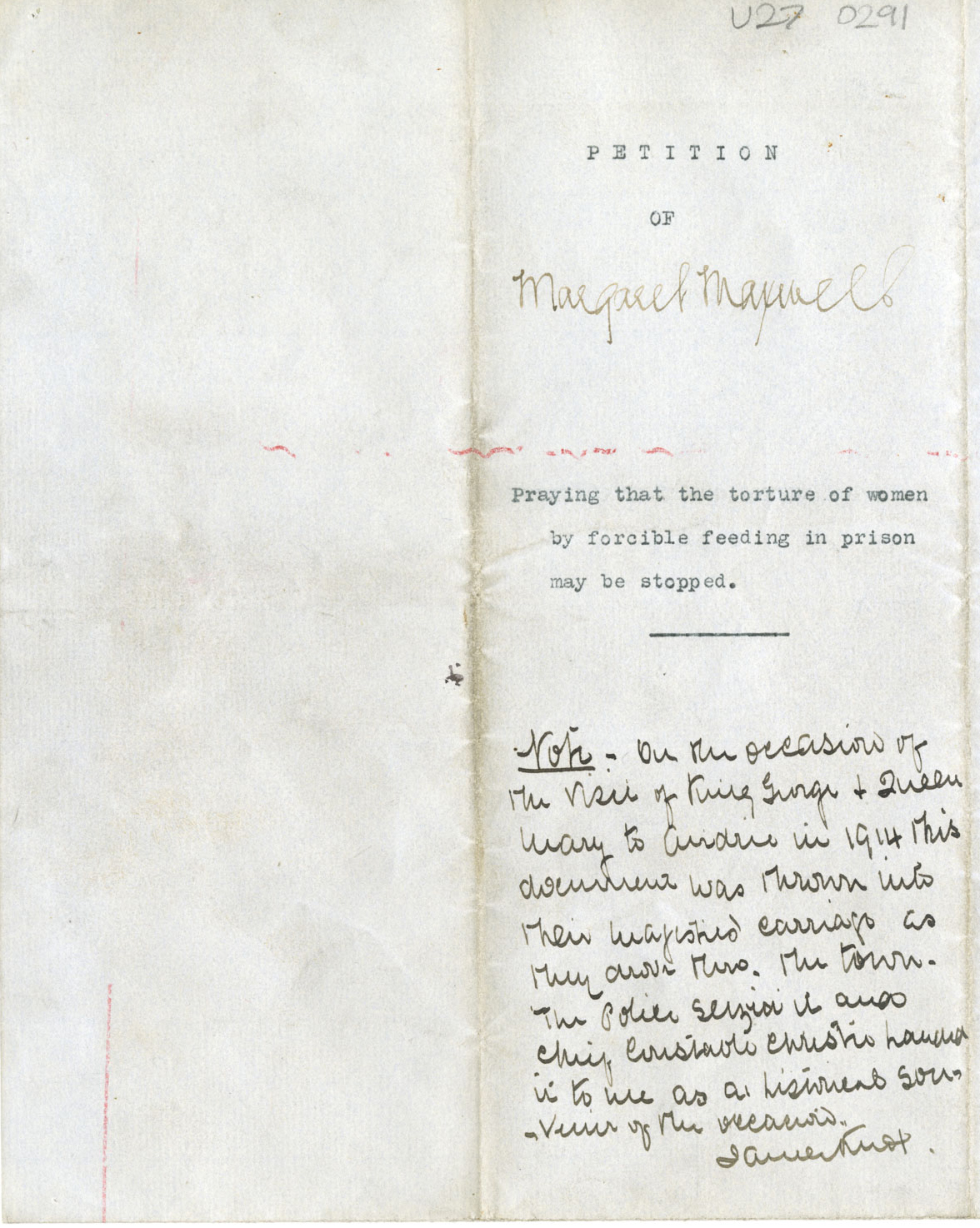 Women were imprisoned because of their beliefs and went on hunger strike in protest of not being able to vote. They were force fed by the authorities, leading to demonstrations by women outside prisons and at high profile events to further their cause.

The petition is extremely important as it is one of only two that have survived from the Scottish suffrage movement. The other petition is in Perth where a similar incident occurred on the Royal tour.

Women’s enfranchisement in 1918 marked the culmination of a long campaign by women that involved both the practice of peaceful persuasion and violent protest.