Renowned conductor Sir Alexander Drummond Gibson was born in Motherwell on 11th February 1926. His father, James McClure Gibson, worked as a local butcher. The family was said not to be musical, yet Alexander Gibson excelled at music from an early age.

Gibson attended Dalziel High School, where he appeared as the Major-General in a production of The Pirates of Penzance, aged 14. He went on to study the Royal Scottish Academy of Music and Drama (RSAMD) in Glasgow. Gibson then had to take a break from his studies when the Second World War broke out. He signed up to serve with the Royal Signals, continuing his musical aspirations by joining the Royal Signals Band as a solo pianist.

After being released from the military in 1948 Gibson attended the Royal College of Music in London, for which he had won a scholarship. He wished to join the conducting class but was told that this was not possible due to having insufficient theoretical knowledge. To ensure that the Royal College recognised his talent in this field and allowed him to take the class, Gibson formed his own orchestra! He later went on to study at the Mozarteum in Salzburg and the Accademia Chigiana in Siena. 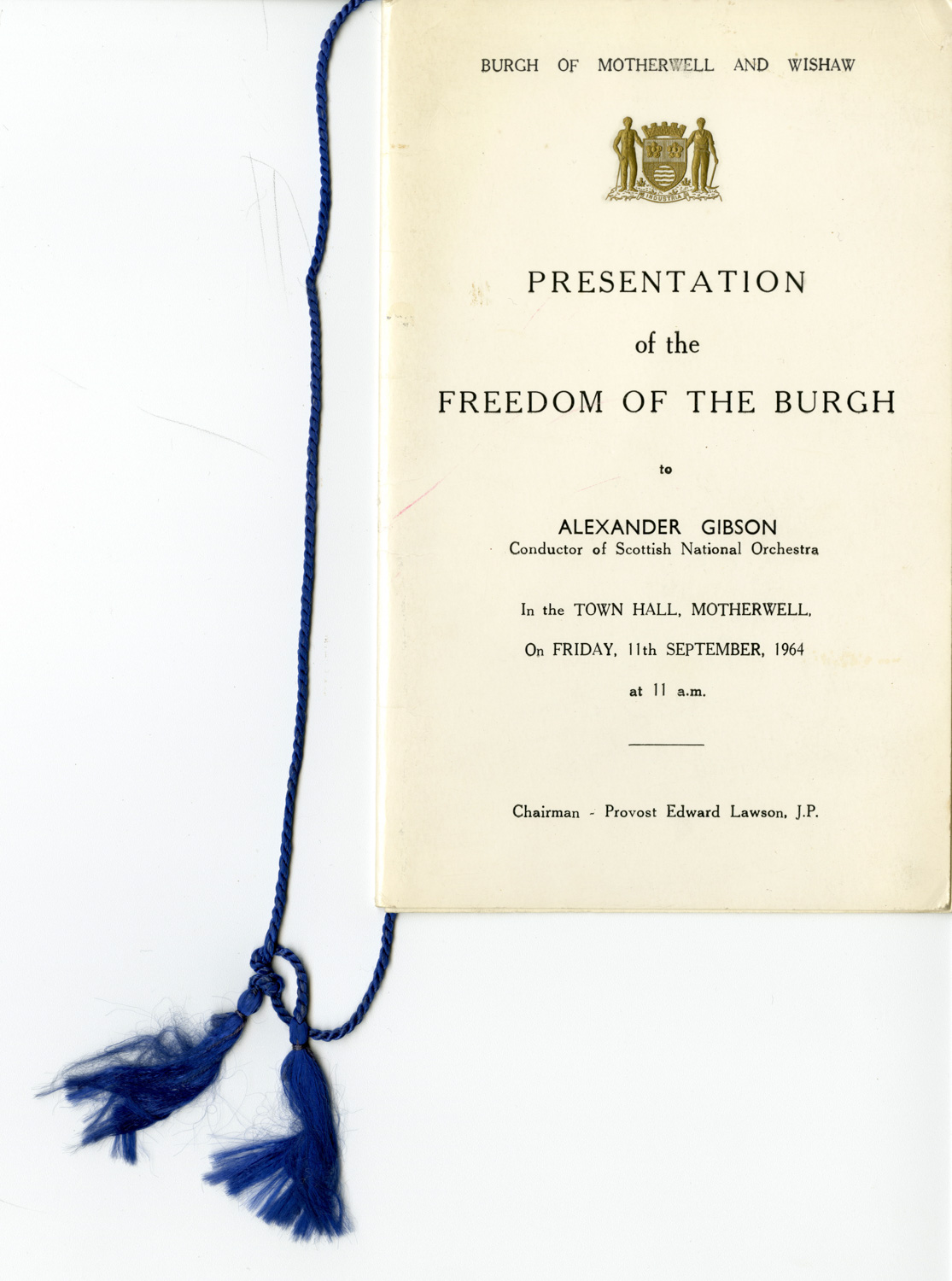 Freedom of the Burgh Souvenir, 1964

Gibson had an illustrious career, winning many awards and making guest appearances in all the major British orchestras and in many others across the globe. His appointments included being made assistant conductor of the BBC Symphony Orchestra (1952 – 54) and musical director of Sadler’s Wells (1957 – 59). He was also the first Scottish principal conductor and artistic director of the Scottish National Orchestra (1959 – 84). Gibson is credited with having transformed the SNO, which grew in popularity. In 1975 it became the first non-London orchestra to tour North America. It also began recording with RCA and Classics for Pleasure around this time.

1959 was a momentous year. As well as returning to Scotland to take up post with the SNO Gibson married Veronica Waggett, a dancer. He and “V”, as she was known to her friends, enjoyed a happy marriage and had three sons and a daughter. 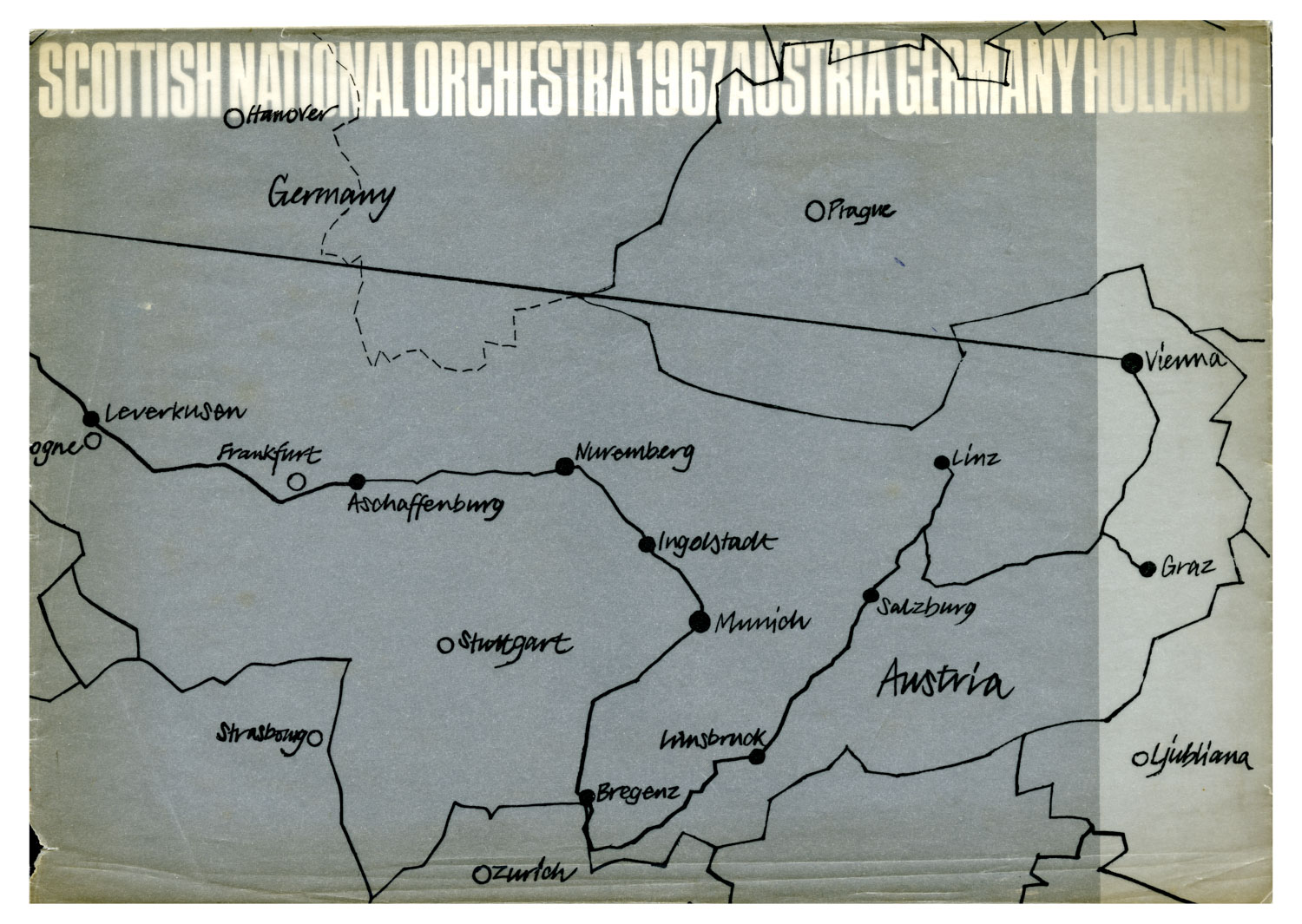 In 1962, Gibson created and launched Scottish Opera. Two years later he was presented with the Freedom of the Burgh of Motherwell and Wishaw. He was made CBE in 1967 and a knighthood followed in 1977. Gibson also received honorary degrees from several universities, including Aberdeen, Stirling, Newcastle and York. Closest to home, he was honoured with a Doctorate of Music (D.Mus.) from the University of Glasgow in 1972.

Sir Alexander Gibson was appointed conductor laureate of Scottish Opera in 1987, a title that he held for the rest of his life. He died on 14th January 1995, aged 68, from complications following a heart attack. He is fondly remembered for his efforts to make classical music and opera accessible to all. The Royal Scottish Academy of Music and Drama in Glasgow (now the Royal Conservatoire of Scotland) opened the Alexander Gibson Opera School in his memory in December 1998.