A Star is Born

Nancy Anderson Long Riach was born in Motherwell on 6th April 1927. Her father, Charles Fraser Riach, served as a police constable in the Motherwell & Wishaw Burgh Division of Lanarkshire Constabulary, later achieving the rank of an inspector. Her mother, Agnes Nicol White, taught in a primary school. After attending Dalziel High School, Riach herself underwent teacher training and found work in Lanarkshire.

As a child, Riach became a member of the Motherwell Amateur Swimming and Water Polo Club. Coached by David Crabb, she went on to win her first championship in 1938. Indeed, she won the Motherwell & Wishaw School 80 Yards Girls’ Championship in three consecutive years: 1938, 1939 and 1940.

Riach broke her first Scottish record around 1942, at the age of fifteen, followed by many more during the Second World War.  By 1945 she had amassed a whopping 28 Scottish and British records, competing in freestyle, breaststroke and backstroke. The following year, in 1946, Riach became British freestyle champion in the 100 yards, 220 yards and 440 yards. 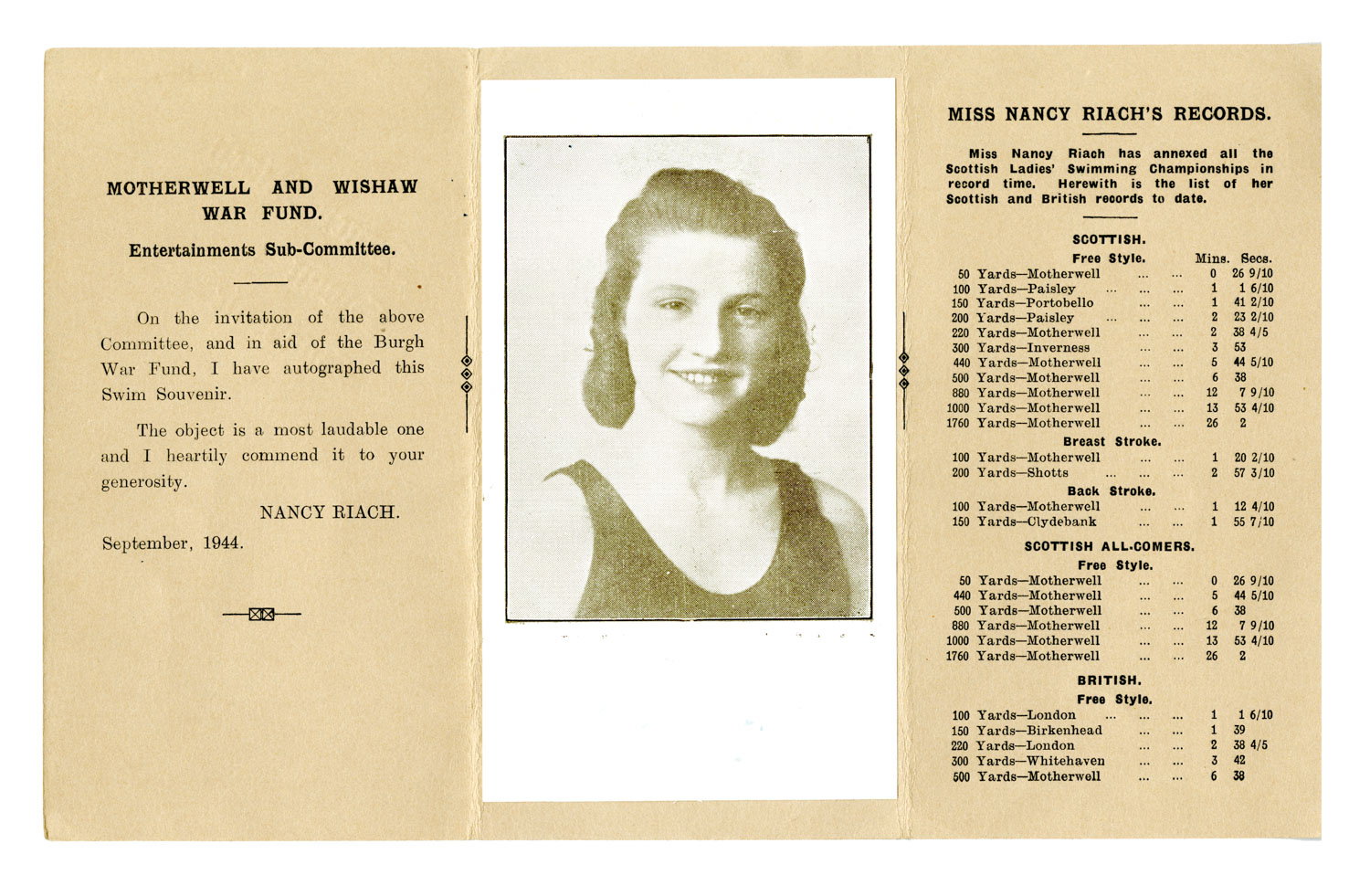 In the summer of 1947 Riach won the 100 metres freestyle title at the World Student Games in Paris – ideal preparation for competing at the European Championships that September and the London Olympics the following year. It was not to be. While at the Championships in Monte Carlo she contracted polio. She was given medical advice not to swim but continued to race, and became unconscious during the 100 yards freestyle event. Tragically, Nancy Riach never regained consciousness and died on 15th September 1947. She was aged just twenty, and at the peak of her career.

S.T. Hurst, chair of The United Nations Swimming Committee, proclaimed Riach as not only the finest swimmer but also the finest ambassador of sport ever produced within the British Empire, while David Crabb stated that she had “set the standard for the future champions.” It is thought that over 10,000 people attended her funeral procession to New Monkland Cemetery in Airdrie on 20th September 1947.

The Nancy Riach Memorial Medal was established by the Scottish Amateur Swimming Association in 1949 and is awarded annually “to the person who has done the most to enhance or uphold the prestige of Scottish swimming in any discipline.” In 1950 the medal was awarded to Helen “Elenor” Orr Gordon (later McKay), daughter of the Hamilton Baths manager. Gordon was Scottish 200-metre breaststroke champion for a decade, from 1947 to 1957, and won a bronze medal in the 200-metre breaststroke at the 1952 Summer Olympics. 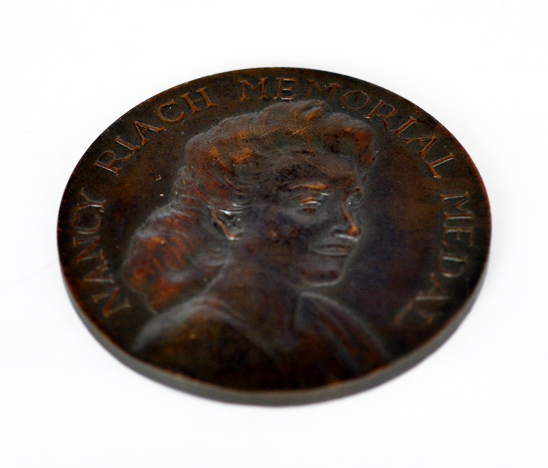 In 2002 Riach was inducted into the Scottish Sports Hall of Fame. In 2010 she also became one of the first inductees to the Scottish Swimming Hall of Fame in its inaugural year, alongside fellow Motherwell aquatic champions Jack Wardrop and Cathie Brown (nee Gibson).