Starting production in 1802, the Shotts Iron Works became world famous for its decorative castings, particularly lamp standards. Shotts ironwork can be seen decorating many of the streets of Edinburgh’s New Town.

The founders of the business, Robert and Hugh Baird were engineers with a works at the Applecross canal basin on the Glasgow Branch of the Forth and Clyde Canal. Robert Baird would later supply a punching machine for preparing the iron plates of the Vulcan, Scotland’s first iron boat.

Beginnings of the Iron Industry in Central Scotland

Scotland’s first coke-fired ironworks, the Carron Works at Stenhousemuir had opened in 1759 but since then the industry had grown only slowly. Despite this, by 1800 Lanarkshire was already becoming central to the industry in Scotland with four works producing pig iron: Wilsontown (1779), Clyde (1786), Omoa (1789) and Calder (1800).

In 1801 the Bairds took out a lease on the minerals in land on the banks of the South Calder Water in the north-east of Lanarkshire, with ground allocated for iron furnaces and the necessary reservoirs. The Shotts Iron Company was formed by the Bairds with three partners, George Munro, Walter Logan and John Baird. John Baird became the lead partner and he supervised construction of the first blast furnace.

A second furnace was installed but by 1810 with the formation of the New Shotts Iron Company, Robert and Hugh Baird were no longer partners. A trustee for one of the partners of the new company was William Hamilton, who had made his fortune through slave labour in the West Indies. Hamilton would go on to receive substantial government compensation with the abolition of the slave trade in 1833. It is likely that at least part of this money made its way into the New Shotts Iron Company. Although not all of the compensation claims made by Hamilton give the number of slaves on a particular plantation, the number of enslaved people on his plantations at the time of abolition was in the region of 1,500.

John Baird expanded the works with 45 coke ovens and, significantly, a foundry.

John Baird’s house by the canal in Glasgow, before it was restored in 2019.

The surviving furnace bank at Shotts and, above it the unique water tower that provided a head of water to cool the ‘tuyeres’, the nozzles that blew hot air into the blast furnaces.

In 1831 the company acquired the Caledonian Foundry in Leith in order to expand production of castings. Six years later they built blast furnaces at Castlehill near Carluke, an area with ample deposits of coal and ironstone. By 1838 there were four pits in the Castlehill area supplying the new works.

By this time the comany employed about 480 men and was exporting castings and machinery, particularly to the sugar-producing islands of the Caribbean. Slavery was only abolished in that region in 1833 and unfortunately we don’t know how much business the company did with slave plantations before that date. 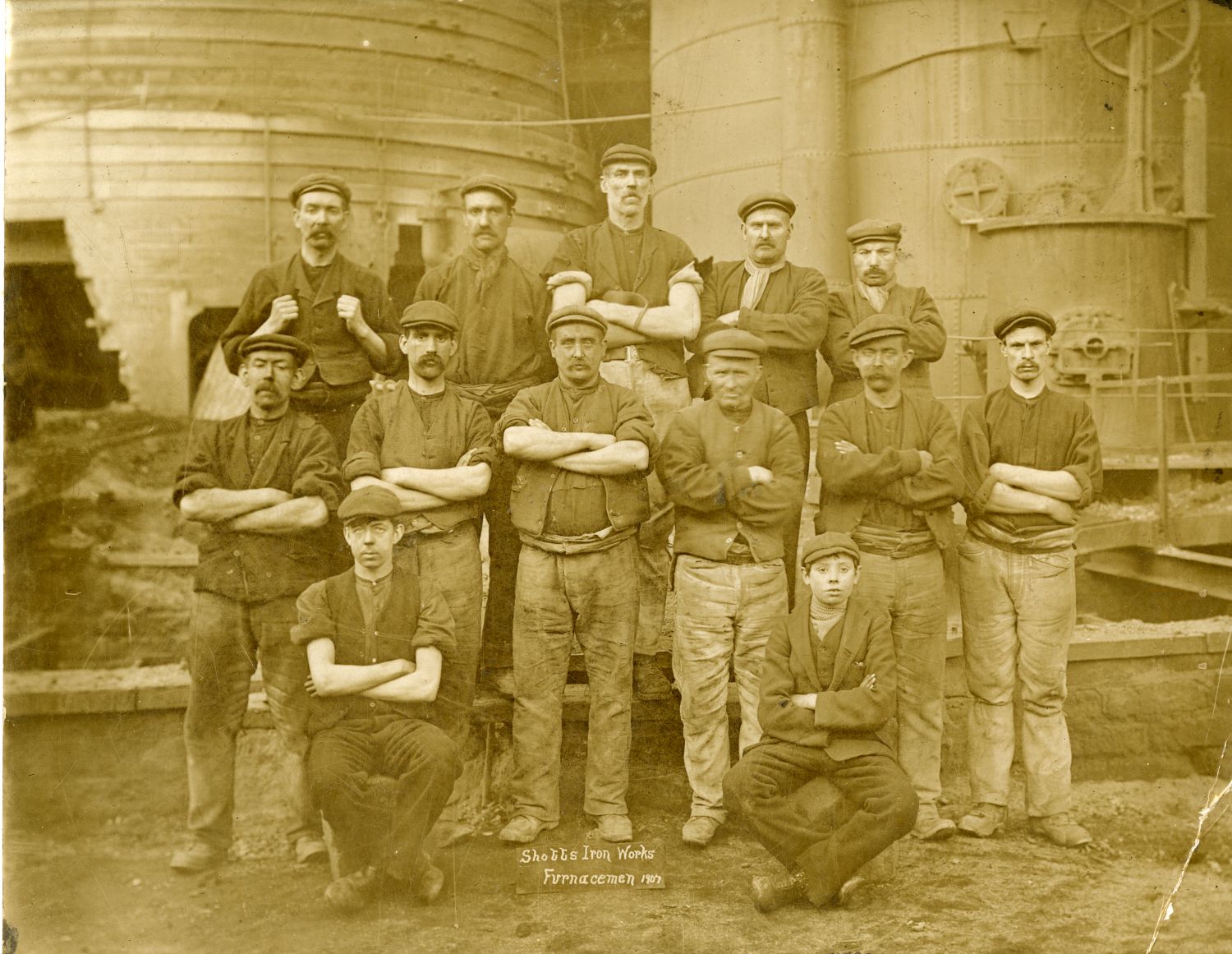 The workers’ housing of Flat Row on the east side of Benhar Road with the Shotts Iron Works in the background.

A slump in demand for iron in the 1860s led the Shotts Iron Company to concentrate increasingly on income from coal mining.

This waste bing is left over from Calderhead Colliery Pit No.3, which was owned by the Shotts Iron Company.

As for the iron itself, the freshly-mined ironstone needed to be ‘calcinated’ before it could be used to make iron. This was a process of heating the stone in a furnace to break it up and remove impurities including water. Calcination normally took place at the mine before the ore was transported to the iron works (at Penicuik for example) but the Shotts Iron Co did also build calcinating kilns at Shotts in the late 1800s, the remains of one of which can still be seen.

Remains of an ore calcinating kiln at Shotts, October 2019

A display case of ironstone samples from different locations in central Scotland is in the collection and shows how far the company had spread its tentacles in search of raw materials. The firm built a housing settlement named Shottstown for its miners just outside Penicuik. 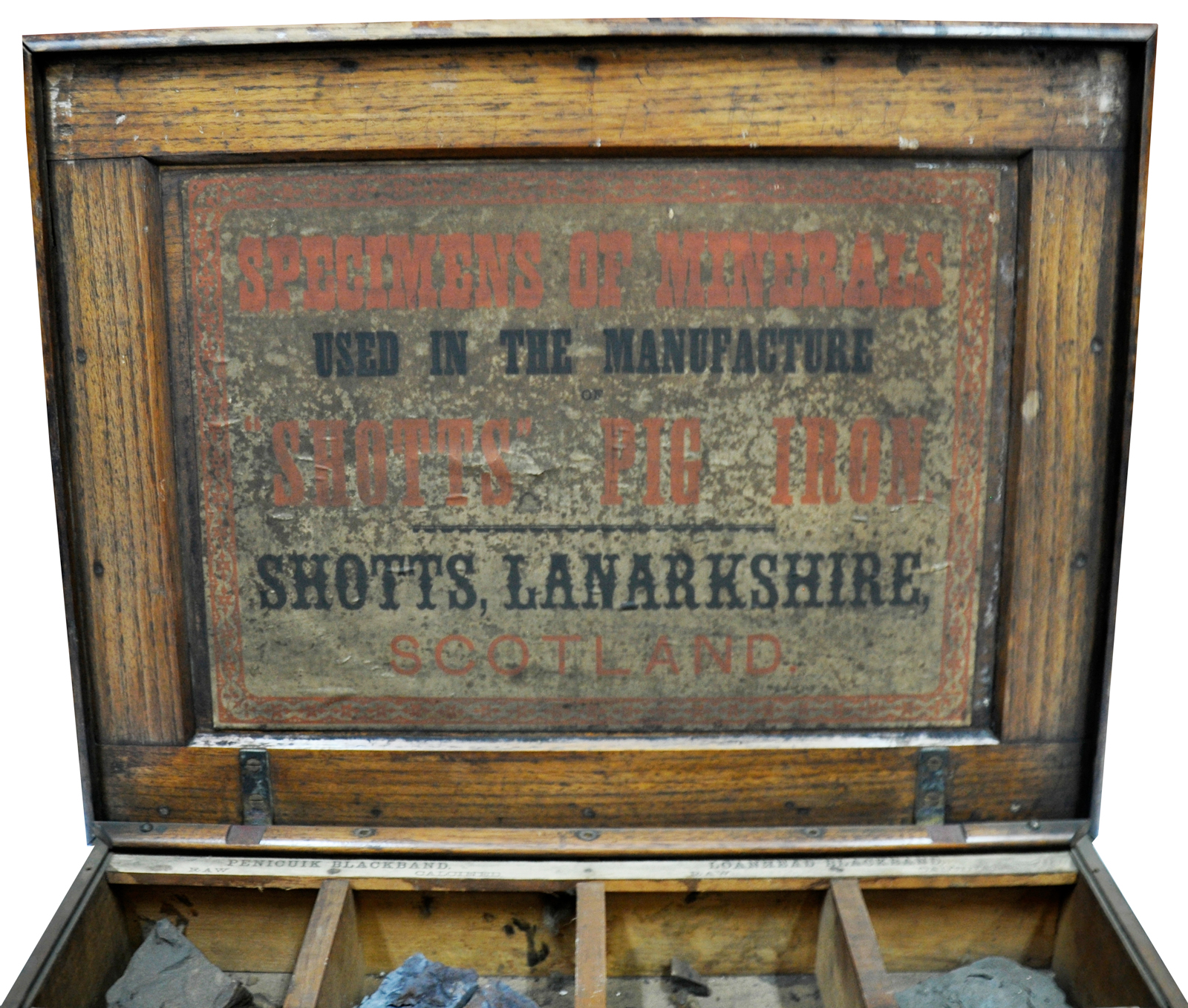 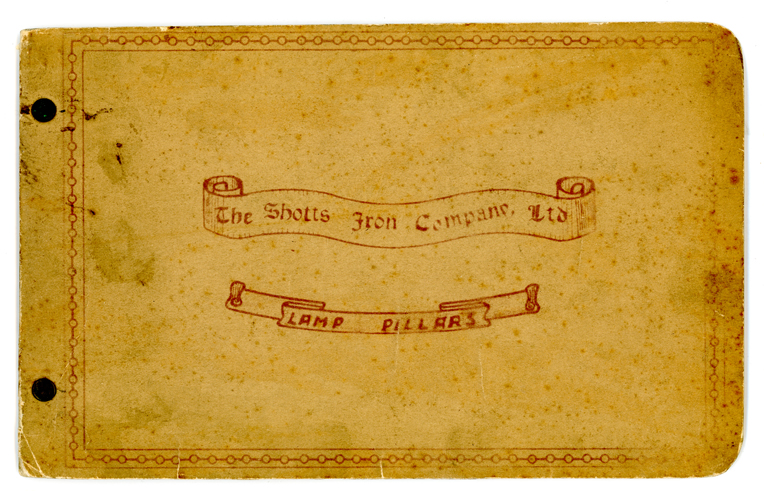 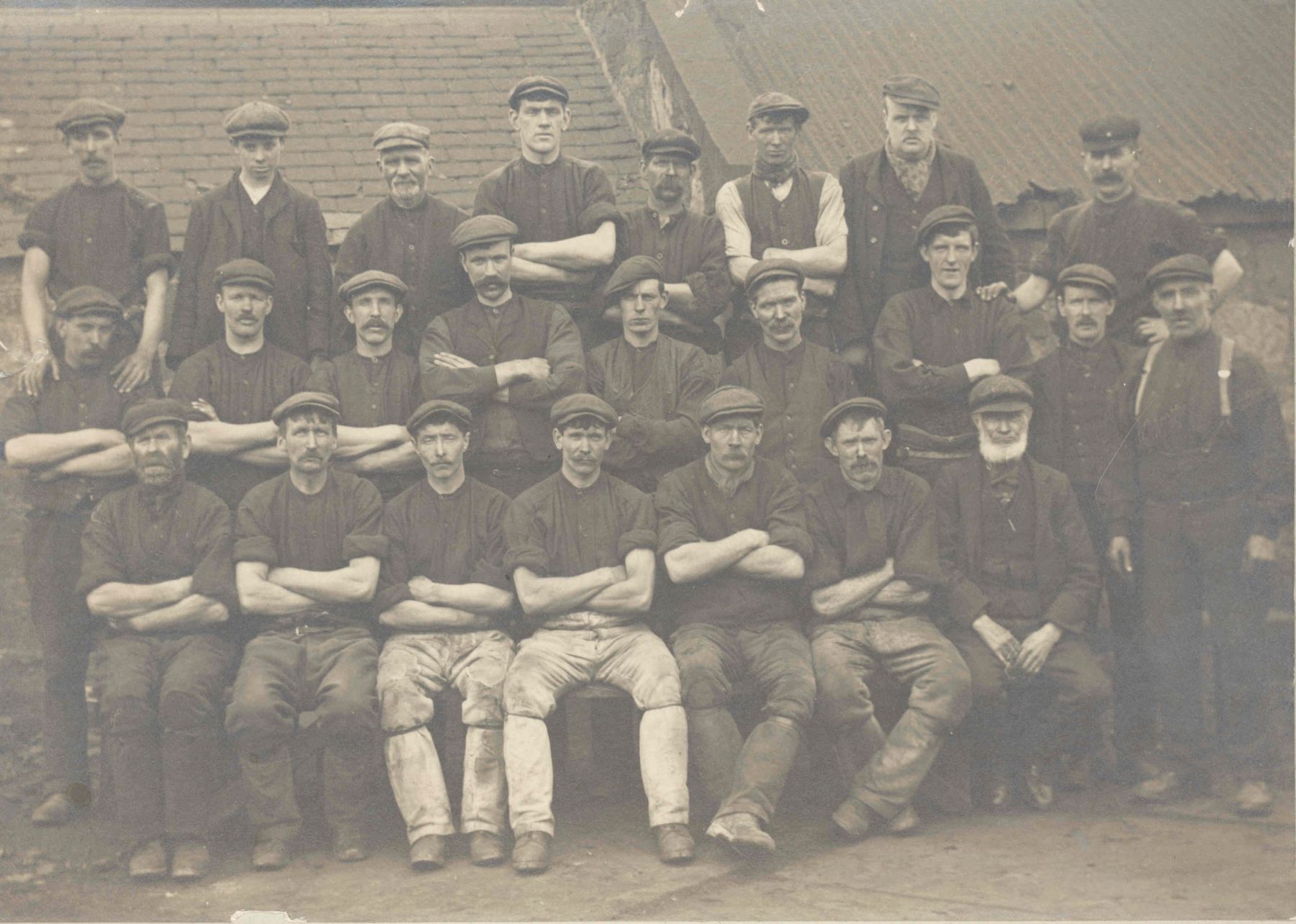 End of the Road

After the Second World War the company stopped making pig iron and its mining interests were nationalised. The workshops and foundry were taken over by the National Coal Board and in 1952 the Shotts Iron Company was wound up.

The remaining boiler house chimney is felled during the 1980s demolition of the Shotts Iron Works, when most of the remaining structures were cleared. Until that time Shotts had been considered the most important remaining monument to the Scottish pig iron industry. 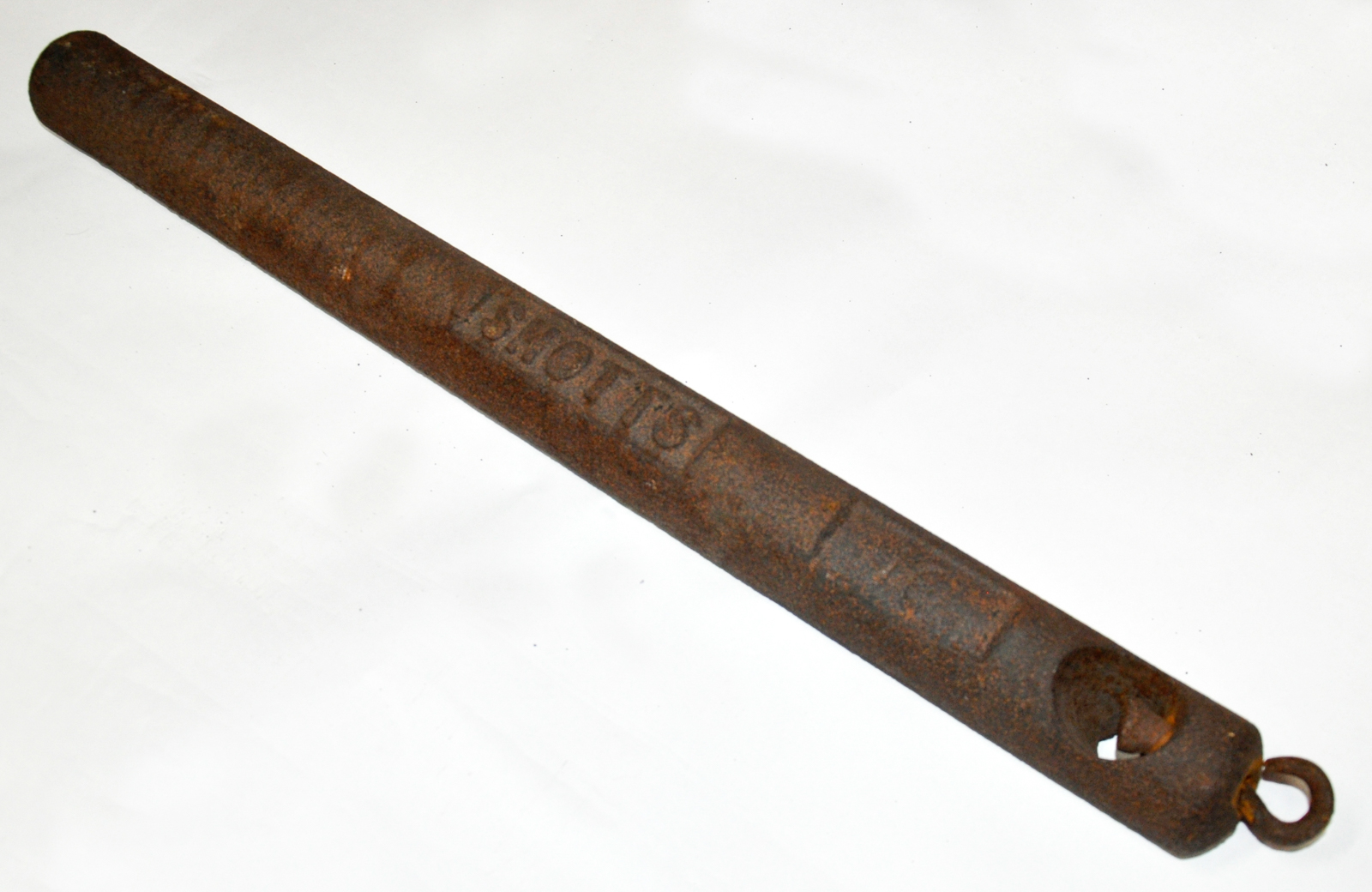 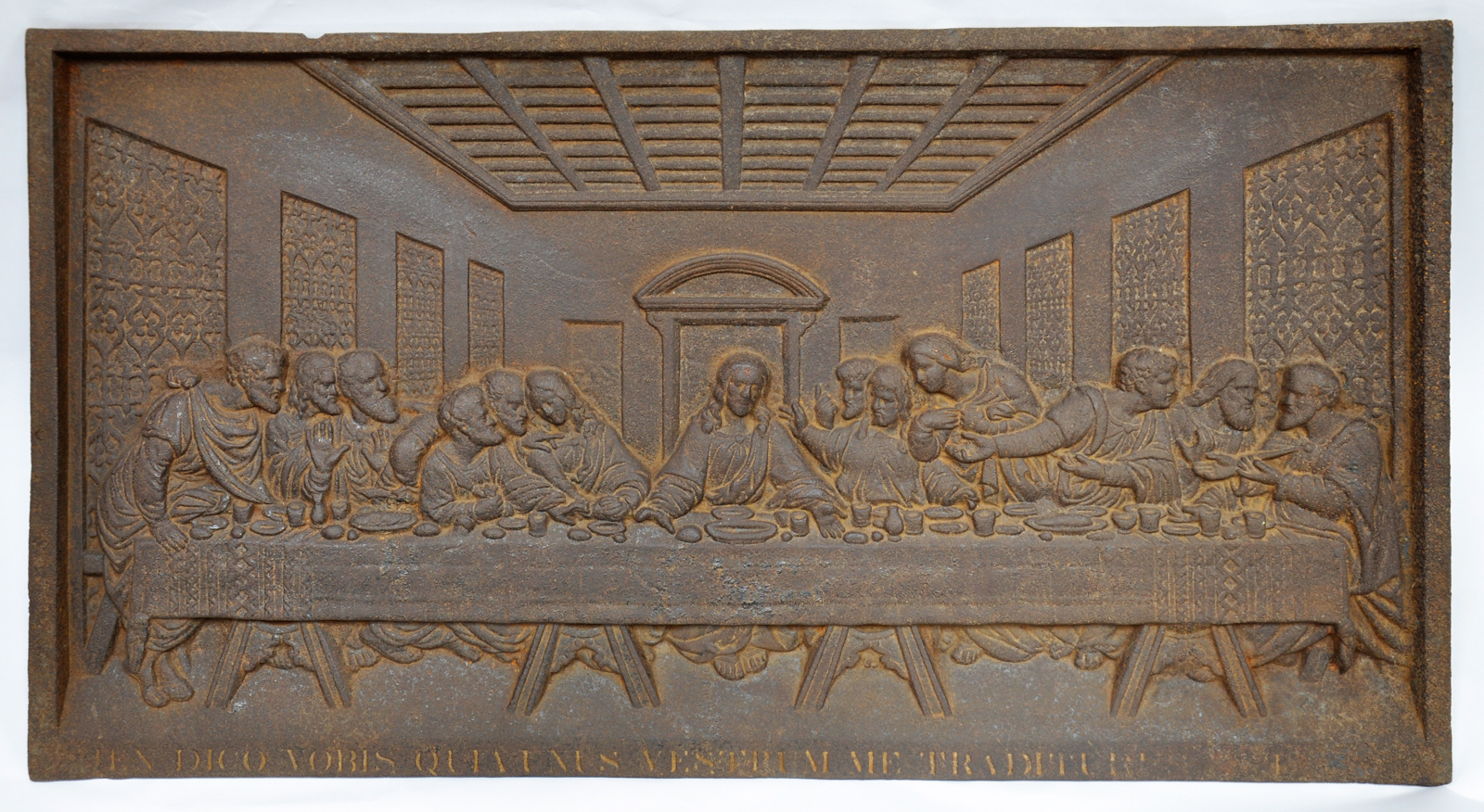 Life In The Poorhouse