Steel is made by melting scrap with molten pig iron from the blast furnaces together with fluxes and oxidising materials. At Ravenscraig, steel can be made either in the open hearth melting shop or in the basic steelmaking plant.

Leaflet produced by Colvilles in 1967 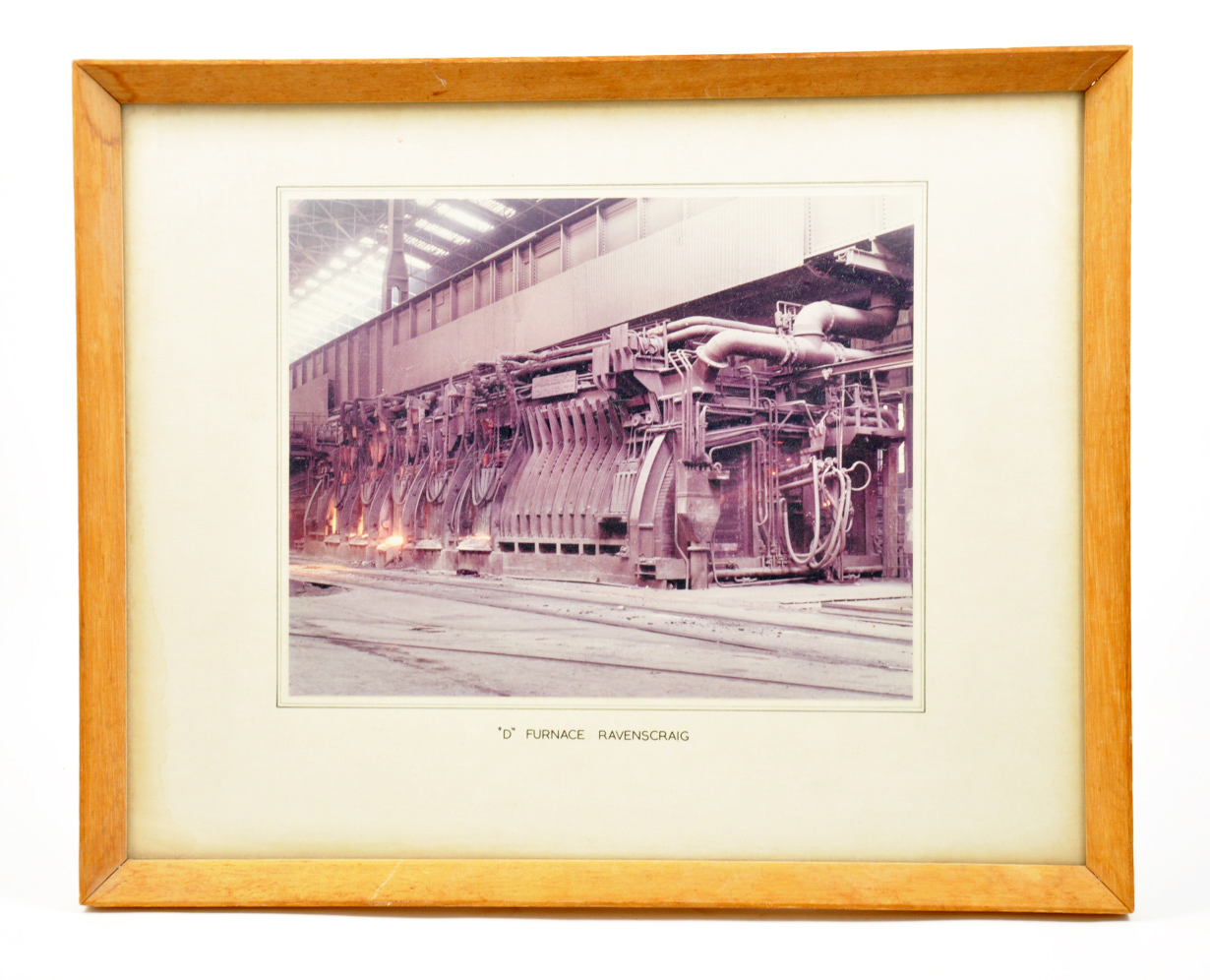 The Open Hearth process for making steel was one of the most awe-inspiring sights in industry. It is so-called because the molten iron, scrap and limestone are charged into shallow steel making areas (hearths) and then exposed (open) to the flames. One advantage of this way of making steel is that it used scrap iron alongside pig iron.

This was the same process used at Ravenscraig that David Colville had brought to Motherwell in 1881, but with new technology and scaled-up.

Rows of open-hearth furnaces were housed in a Melting Shop, which was a long building with open sides to provide ventilation. The heat inside this building would be intense; the steelworkers needed to wear protective suits and shaded glasses to protect their eyes. 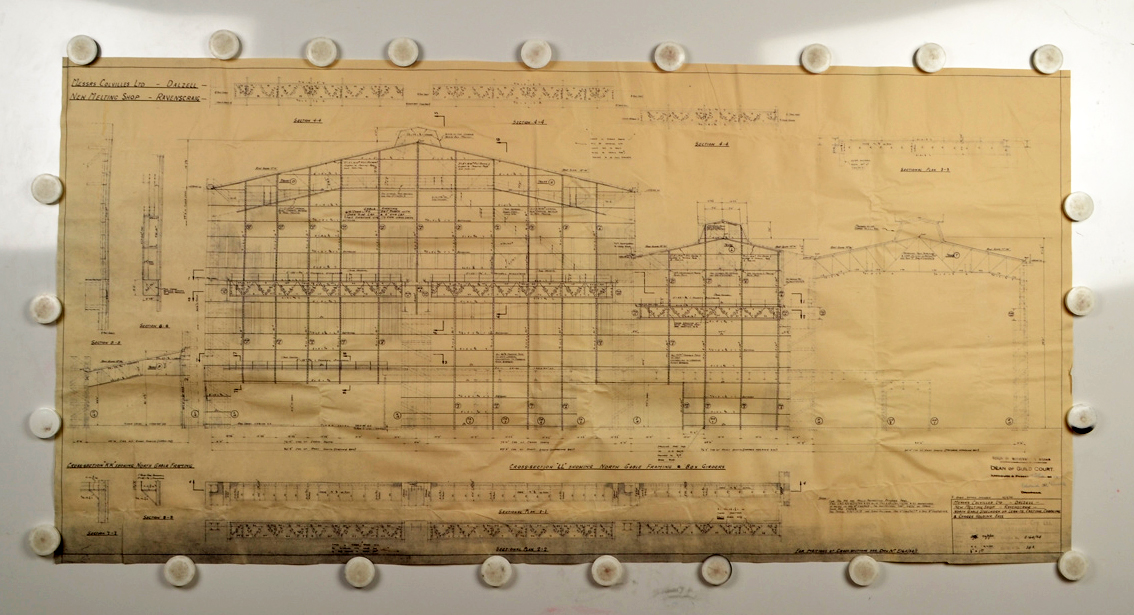 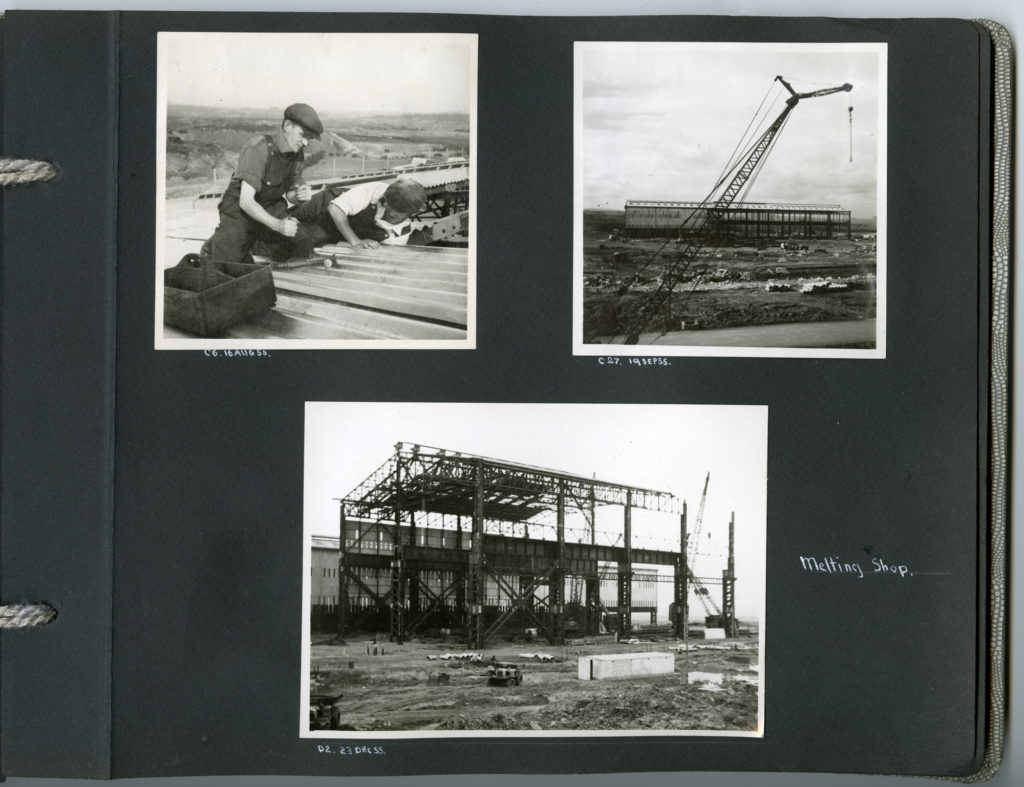 These photos show the melting shop at Ravenscraig under construction in 1955.

The furnaces were charged in two stages: first the ‘slag’ (a mixture of impurities) that floated on top of the newly-made steel was ‘tapped’ from the furnace. The slag was poured into ladle wagons that formed part of Ravenscraig’s internal railway network and dumped on another part of the site, still molten and glowing.

The iron was then tapped and cast into large blocks called ingots. The ingots next went to the slabbing-mill where they were flattened ready to be rolled in the Ravenscraig Hot Strip Mill or the nearby Dalzell Works’ Plate Mill.

The open hearth process was an extremely slow method of conversion, taking up to 10 hours to complete. It was withdrawn from service in the UK by 1980 and is now used in very few places in the world.

The film ‘Steel’, made in 1945 and narrated by John Laurie show steel being made by the open hearth process: 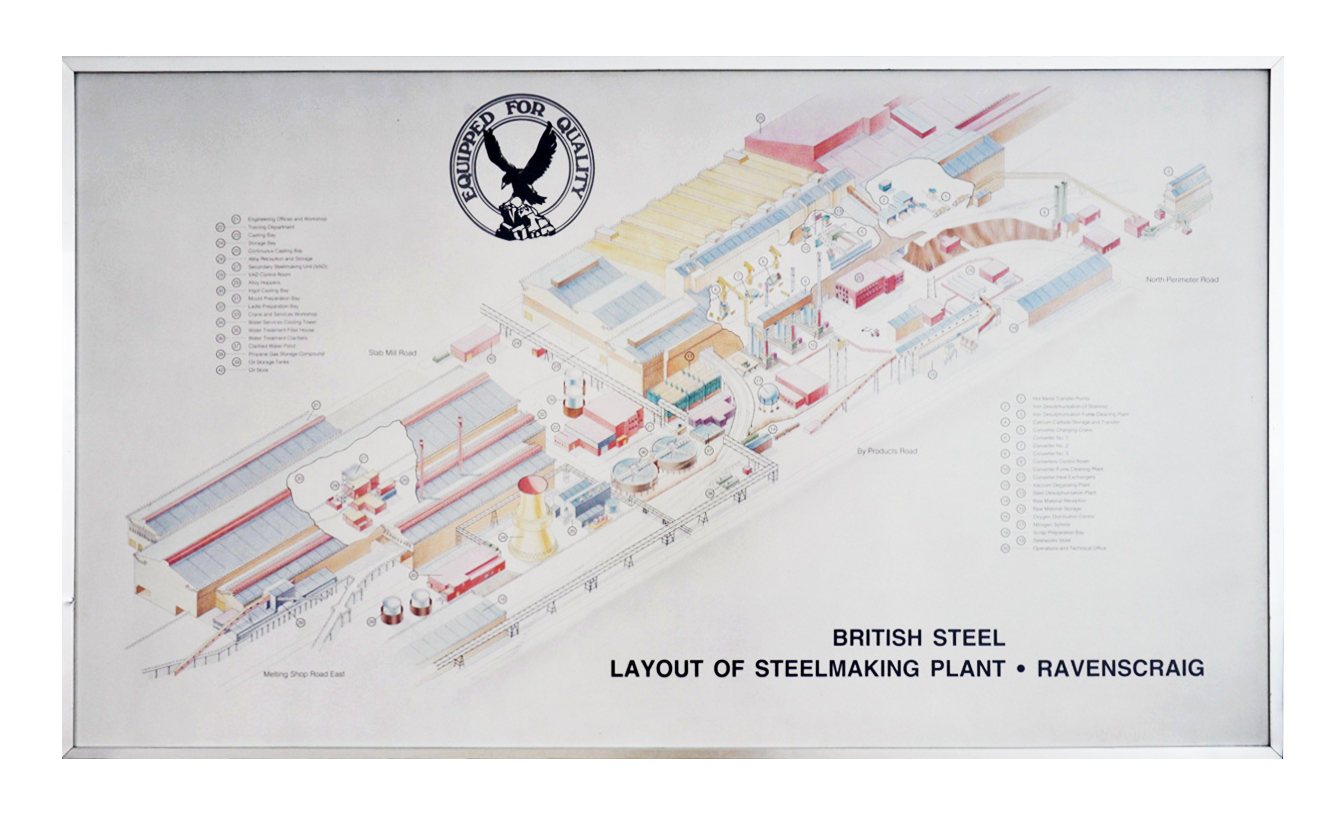 The Basic Oxygen Steelmaking (BOS) process was first introduced into Ravenscraig in 1964.  This was a more efficient way of making steel involving blowing oxygen through the molten iron.

On arrival at the steelplant liquid iron is poured from the torpedo cars into ladles. The first process is for the iron to be treated in a de-sulphurising unit.  The steelmaking vessel is then tilted to receive scrap followed by the iron… Pure oxygen is top blown into the vessel and argon/nitrogen bottom blown. Lime, added as a flux, helps to form a slag to collect the impurities. When the correct analysis has been achieved the liquid steel is tapped into a ladle.  The production cycle time is 31 minutes.

A third method of making steel was introduced at Ravenscraig in the 1970s. Electric arc furnaces, using an electrode to generate heat were used as part of the Continuous Casting Process. 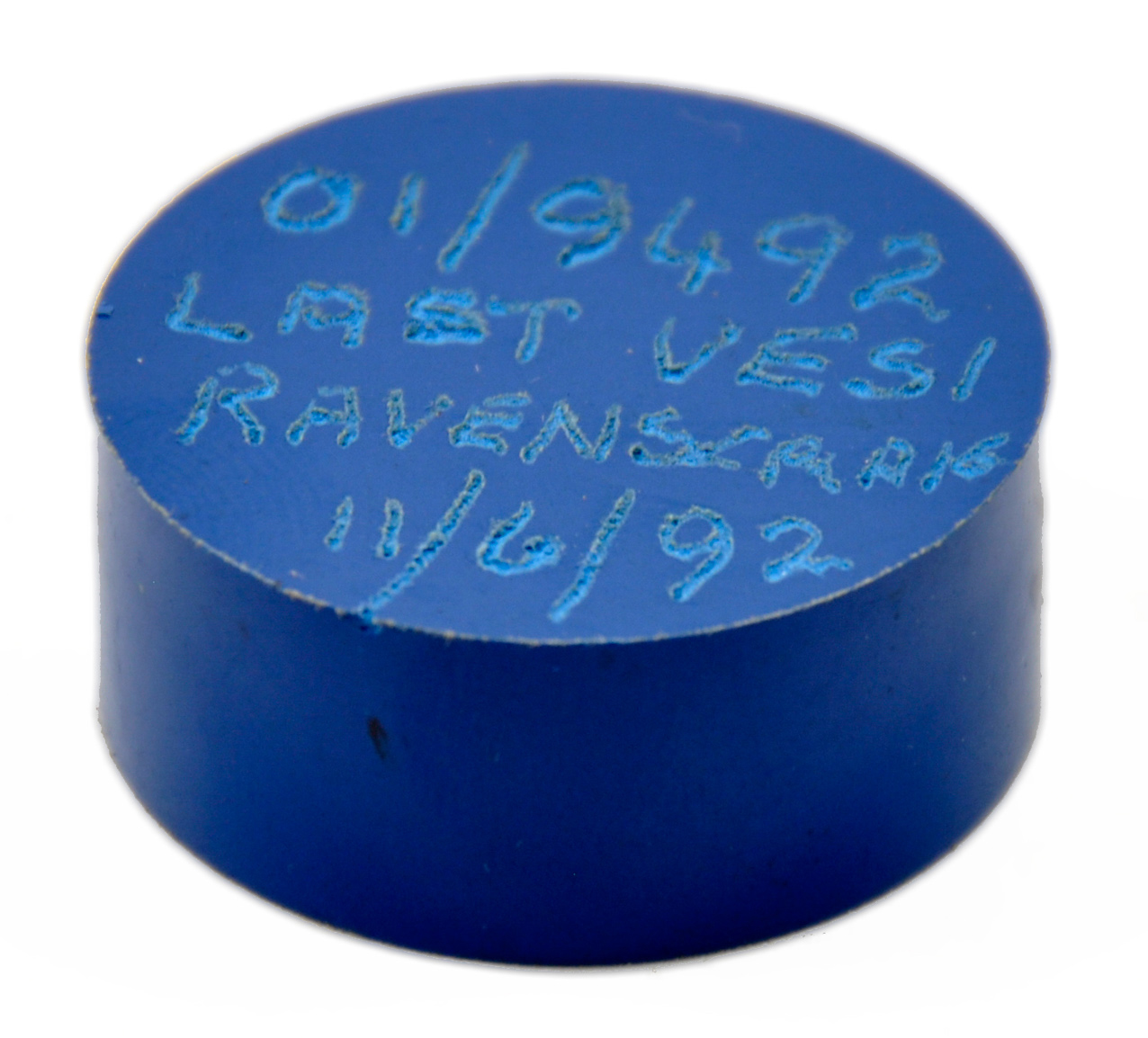 “I can tell you a good story – A group of steelmen went down to Wales to show the workers down there the strip process [from Ravenscraig].

After they got back a group of Welsh steelmen came up to the site claiming that they hadn’t been given the correct process, that they must have missed something out, or deliberately told them the wrong thing, as the steel they had made was not right.  They tried to say that we must have used different fuel or different chemicals and kept asking what it was we did that made our steel so strong.

There was this wee guy over in the corner and he pipes up “We dinnae gie ye the wrang process.  The formula is right.  I’ll tell ye whit the difference is.  The difference that makes the good steel in Scotland is the water. The Soft Water!

…And he was right you know!”

Peter Dougan, The Craig, the Industry and You project