When thinking about traditional Scottish drinks, whisky might come to mind. However, tea is also a beloved brew of Scotland. A warm cup of freshly brewed tea is almost essential to combat the countries cold and wet weather. Apart from water, tea is the world’s most consumed beverage and Scotland’s relationship with tea has evolved and changed since its introduction to the country in the 1600s. The story of Scotland’s role in the world of tea will leave you with something to sip on while you have your next cuppa.

Tea was first introduced to Scotland in the early 1600s  by Mary Modena, Duchess of York. Mary Modena grew up in Amsterdam where the drink was already quite popular.  In the 1700s and early 1800s, tea had also become quite a fashionable drink in Scotland. However, due to its high cost tea was only consumed by the richest members of society and was saved for special occasions. The most affluent families usually owned hand painted china tea sets. Tea was so expensive that many households kept their tea locked in porcelain or silver tea canisters. In some cases, only the heads of the household had keys to the tea canisters out of fear that the servants would steal the valuable product. Eventually, containers that stored loose leaf tea came to be known as tea caddies and were often made of wood. Tea is a deeply rooted part of Britain’s national culture, however, the role of colonialism in these roots cannot be forgotten. Until halfway through the 1800s, tea was only imported to Britain from China. Integral to the Chinese economy, tea was highly monopolised and extremely expensive. Uninterested in trading tea for British products, China was only willing to sell tea to the British in exchange for silver. By the mid-1800s tea was becoming increasingly popular in Britain, and the nation needed a way to acquire tea that didn’t involve large amounts of silver leaving the nation. Britain’s solution to this problem was opium.

The British East India Company was the forerunner in opium production and trade, and most opium was grown in Britain’s Indian colonies. In the 1700s, opium smoking was a serious problem in China meaning there was also an enormous demand for the substance. Britain took advantage of this and started trading their opium for Chinese tea. In 1796 the Chinese emperor made the trade of opium illegal. However, Britain continued to illegally smuggle opium into China.

Britain’s desire for tea played a central role in causing China’s mass opium addiction as well as what would come to be known as the opium wars. In 1839, the Chinese emperor set out to stop the smuggling of opium into the country and confiscated more than 1,400 tons of the drug. The efforts of the Chinese dynasty in stopping the import of opium resulted in armed conflicts between Britain and China on two different occasions, both of which China lost.

The climate of Britain was not suitable to grow tea, so the tea plants were brought over to India and Ceylon (now known as Sri Lanka) where many British owned tea estates were established. Many Scots soon travelled over to India and Ceylon to run the estates. This was the beginning of a hugely important tea industry for both India and Sri Lanka that still exist today: as well as the collapse of an equally important Chinese tea industry. From tea’s first introduction to the nation, sugar was often added to the beverage. This was usually done to offset tea’s bitter taste. However, Britain’s growing taste for sweetened tea came at a human price. Slave trade allowed sugar to become a staple of British life. In the 1700s, British ships set sail to Africa where they traded goods for captured people. These stolen people were often sold into slavery and were forced to work on plantations in the West Indies. Many of these plantations cultivated sugar cane. While slave trade in the British Empire was abolished in 1807, slavery continued to bring sugar into Britain and the nation’s teacups. In 1838, slavery was finally abolished and tea estates employed indentured labourers. However, the treatment of these workers was often little better than how slaves had been treated. Tea estate workers were often exposed to dangerous living and working conditions and were paid incredibly low wages. While newly established tea estates and sugar plantations significantly lowered the price of tea in Scotland, this was also a result of deception, theft, and the exploitation of human life.

In the latter half of the 1800s, tea started to arrive in Scotland from estates in India. As a result, the price of tea fell steadily becoming an everyday beverage that was consumed by people from all walks of life. But where did people buy their tea from?

One of the world’s best-known brands of tea was started by Scottish citizen Thomas Lipton. Lipton began his career in the grocery business and opened his first shop in Glasgow in 1871. His success in the grocery business lead him to eventually enter the tea business. Lipton bought directly from tea growers and started his own tea estate in Ceylon. As a result, Lipton was one of the first people to sell tea to the public at very low prices. 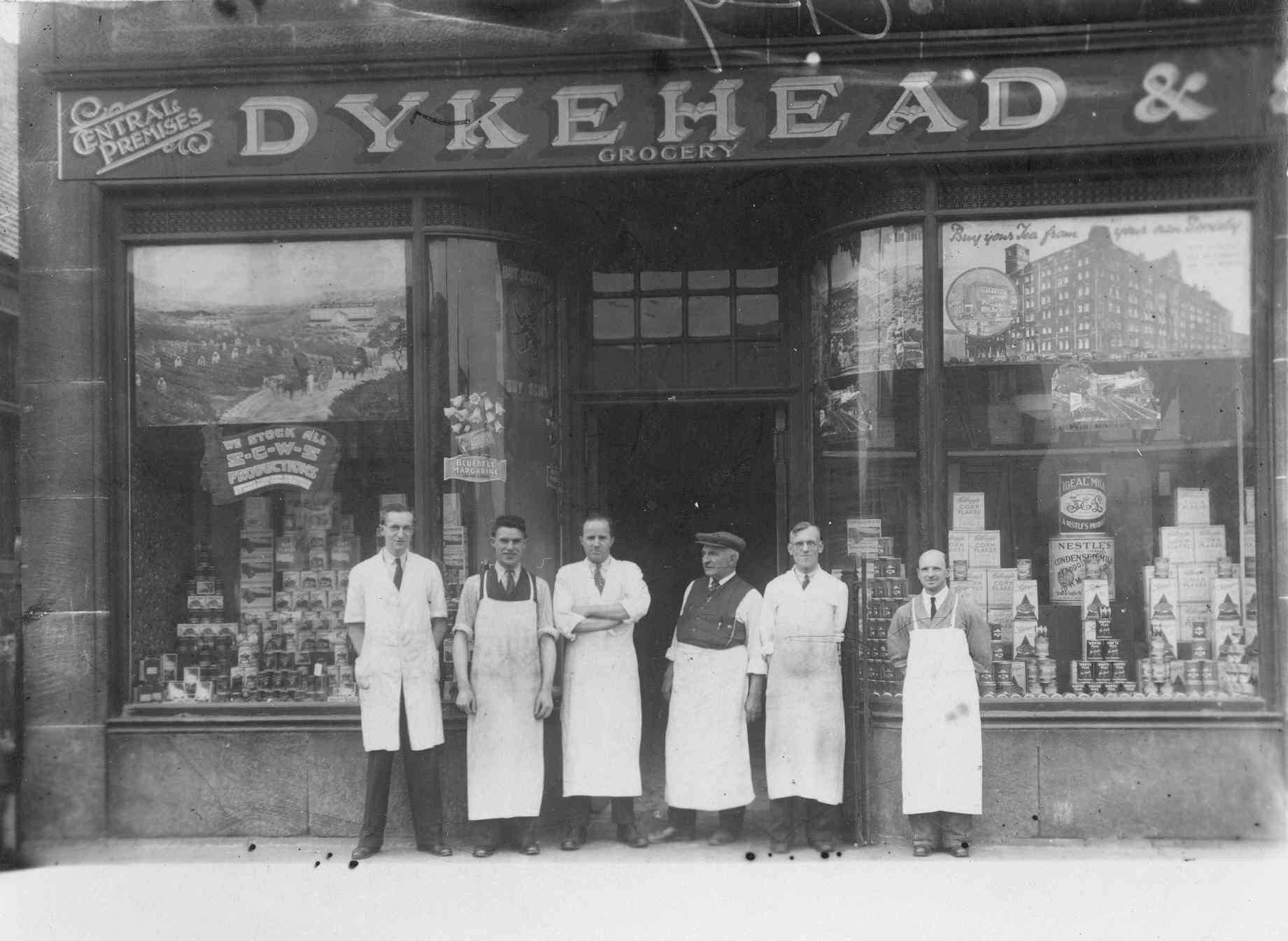 In the late 1800s and early 1900s,  Co-operative Society stores across North Lanarkshire sold tea to the public, amongst many other goods. Co-ops like the English and Scottish Joint Co-operative kept tea prices low by buying from tea estates in India and Ceylon. 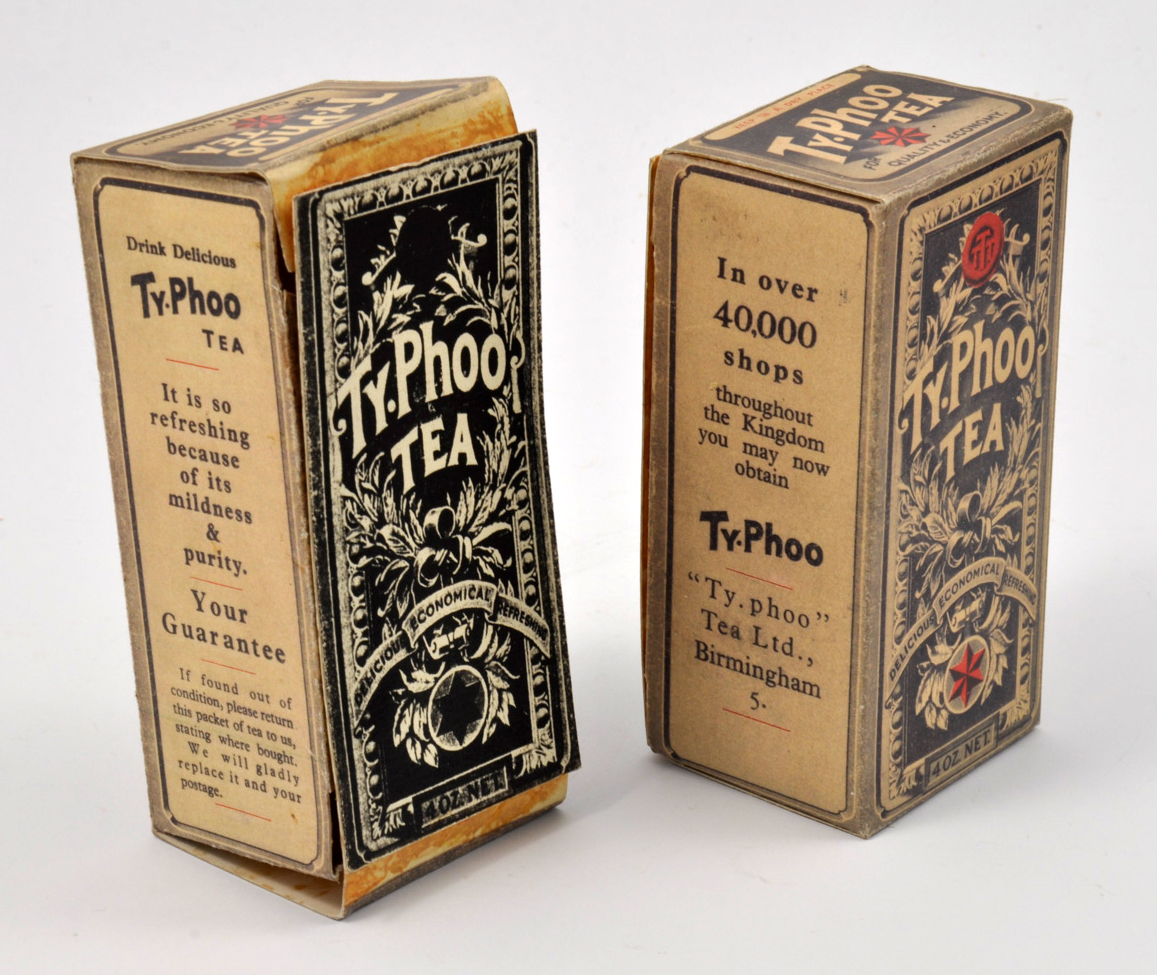 While tea had become a staple in many Scottish households, it wasn’t until the late 1800s that ‘going out to tea’ became a social outing that saw the beverage at the centre of this experience. Catherine (or Kate) Cranston opened her first tea room on Argyle Street in 1878, with the help of her brother Stuart who was already a retail business owner and tea importer in Glasgow. Stuart first put up a few tables and chairs and served tea with light refreshments out of his Glasgow shop in 1875. However, it was Kate’s emphasis on grand décor and high standards of service that shaped the tea room that would become a prominent aspect of social life for Scotland in the 1900s.

Kate’s tea rooms were a dining experience that offered tea accompanied by light meals served in elegant surroundings.  Her initial tearoom was so successful that she opened several more in Glasgow. The most popular of these was the Willow Tearooms on Sauchiehall Street which were decorated by the famous Charles Rennie Mackintosh.

These tea rooms were unique for their time because they provided a place for people from all social classes to have non-alcoholic refreshments in a clean pub-free environment. This unique tea experience was rooted in the belief that tea could be afforded by all and that it could be a welcome alternative to alcohol. This belief was likely influenced by the Cranston family’s involvement in the Temperance Movement that was underway at the time in Scotland.  For supporters of the Temperance Movement, drinking tea as opposed to alcohol was an active stance against slave labour, from which alcohol was often produced.

By the late 1800s ‘going out to tea’ was becoming an increasingly fashionable social event and tea rooms were reflective of this changing tea culture. In North Lanarkshire in the late 1800s and early 1900s, many retailers began opening tea rooms in their small shops. Tea rooms in these shops were quite simple and were usually only equipped with a few tables and chairs. In the early 1900s, even the youngest members of society were expected to learn the etiquette of drinking tea. In the Annathill School for Education, teachers used a small china tea set to teach the students how to take part in the social event.

Tea and the Working Class

In some ways, drinking tea had become an important cultural event wrapped up in etiquette and social expectations. But what did drinking tea look like for the working class?

For many people in the 1800s and 1900s, tea was an essential part of their day to day lives. Tea offered workers a break from their work and a chance to socialise with their co-workers. More importantly, the caffeine and sugar in the hot beverage helped to ease the workers’ hunger, making them feel full when they hadn’t eaten anything.

Unable to afford hot meals, many working-class families would have a warm cup of tea with their food. This made any meal feel like a hot meal.  Dinner typically made up of a few cold dishes accompanied by hot tea started the tradition known as high tea.

In the 1900s more tea was consumed in the household than ever before. The tradition of tea rooms also remained popular throughout the century. Entertainment establishments started to incorporate tea rooms into their venues. In 1927 Green’s Playhouse in Glasgow, which comprised of a cinema and ballroom, was home to the Geneva tea room. The last of George Green’s playhouses which opened in Wishaw in 1940 also boasted a café where customers could have a cup of tea accompanied by a light snack.