Marching on the Provost’s House

On a Sunday afternoon in the autumn of 1907, an army marched on the home of Motherwell’s provost. Looking out the window, Provost William Purdie and his wife Agnes would have seen a crowd with a mix of uniformed officers and starched evangelicals, many with the letter S pinned to their chests. They were angry, and they wanted action.

Yet this was not a local coup against some forgotten Scottish dictatorship. These were the members of the Salvation Army. They had come to seek Purdie’s help in freeing some of their members from jail. It is was a scene from a troubled autumn that divided the feelings of Motherwellians, and a tale of religious fever, institutional conflict, and central to it all, municipal traffic congestion.

Preaching at the Cross

Three minute’s walk from the current Motherwell Station sits the intersection of Brandon Street, Merry Street, Hamilton Road, and Muir Street. This area was and is known in Motherwell as “the Cross” and was the main intersection in the town at the turn of the century. 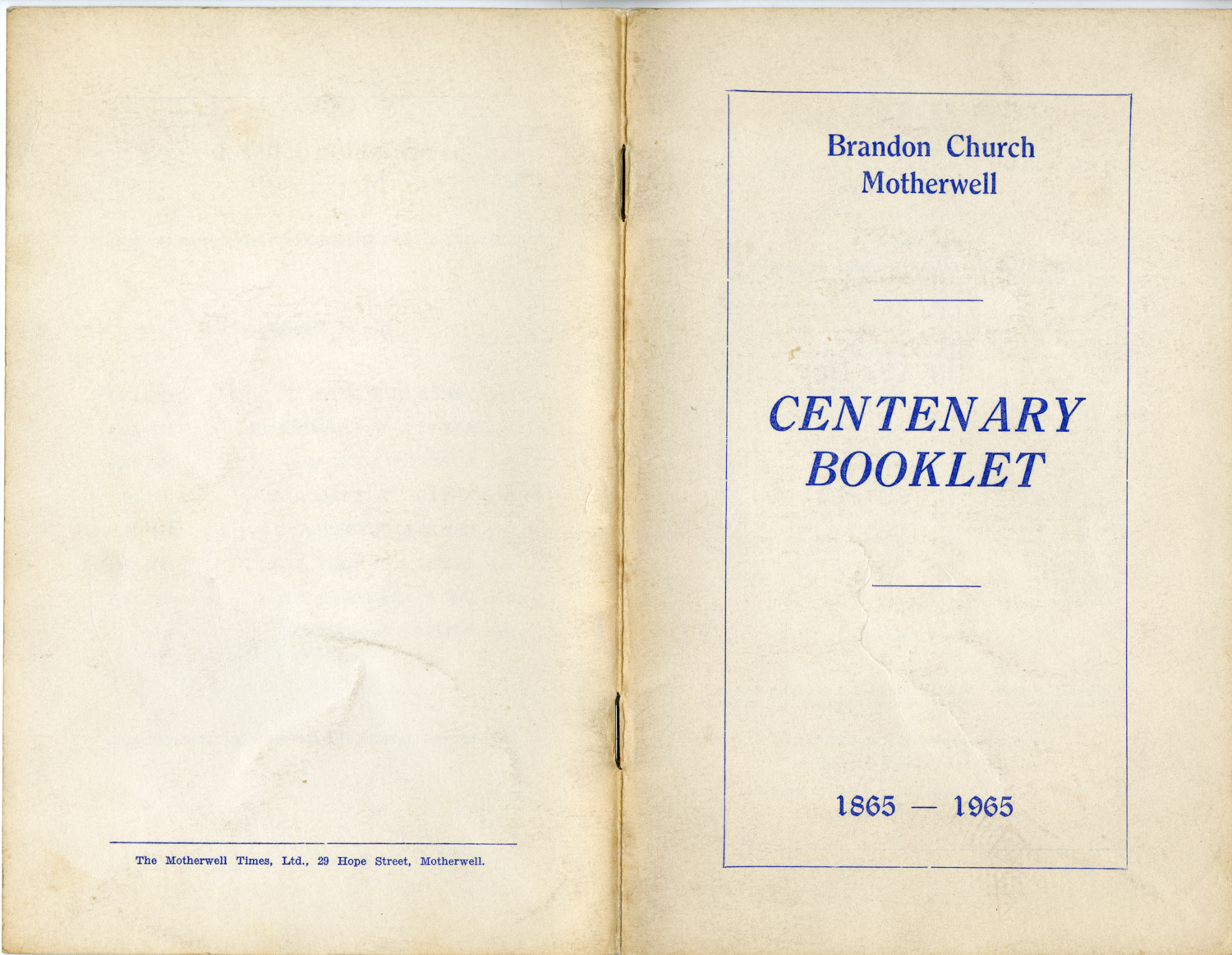 During this time, the Cross was a popular location for religious meetings on Sundays. Outdoor preaching had been a part of the evangelical revivals in Scotland for centuries and had been occurring in Motherwell since at least the 1890s. The main intersection, with its central location and heavy foot traffic, offered an ideal spot for such meetings and a number of churches and religious organizations met there on the weekends. This included the Salvation Army, which at the time of the controversy, had been preaching there for almost a decade. 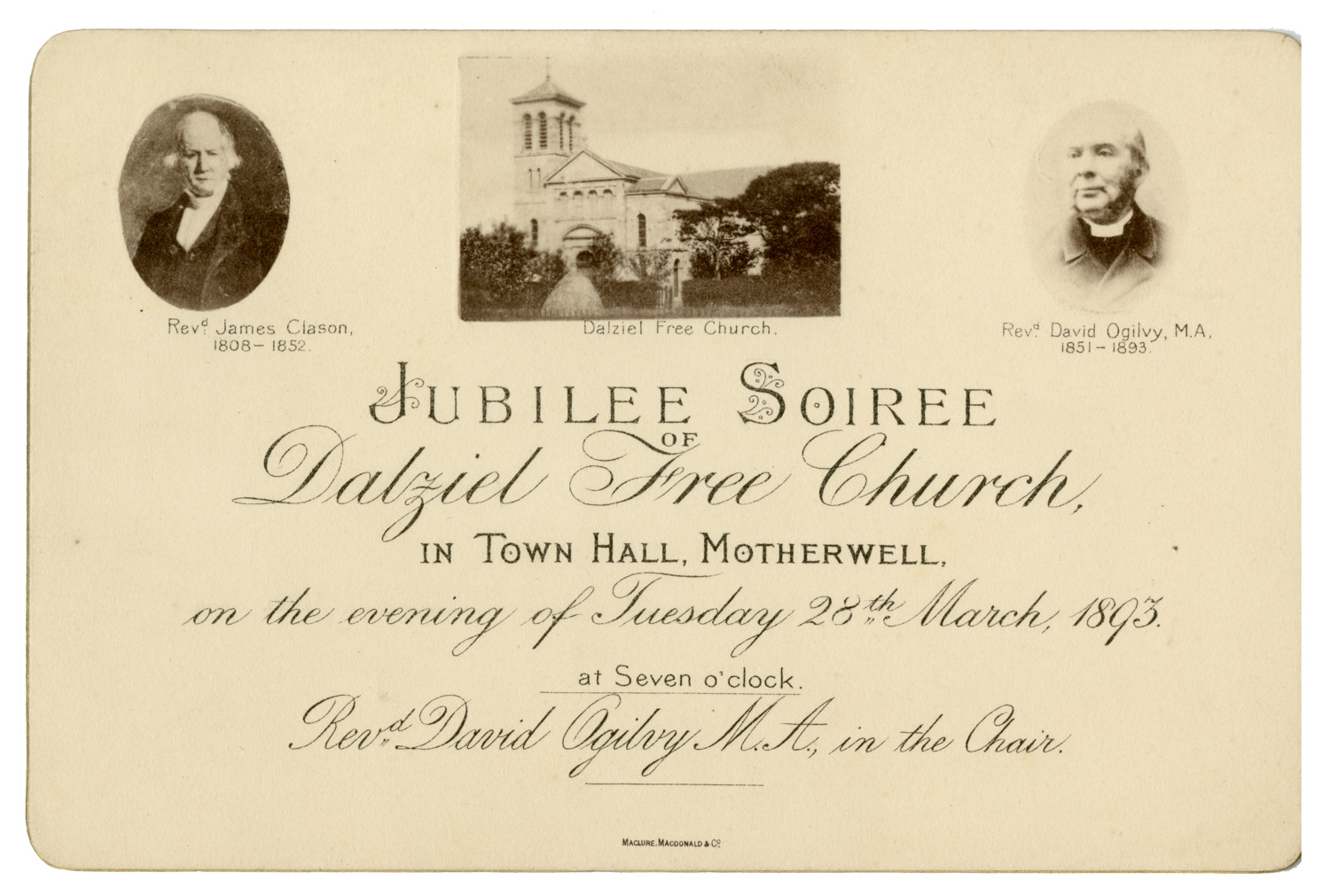 Founded in 1865 in East London, the Salvation Army was one of many evangelical churches that appeared in the 1800s. It sought to meet the physical as well as the spiritual needs of the poor, particularly in the cities of Britain. Founded by William and Catherine Booth, the Army was unusual in that it allowed women to preach as well as men and many of those attending the meetings at the Cross were women. It was also structured like an army, with its own flags, hymns, uniforms, and ranks.

The first Salvation Army Missionaries arrived in Glasgow in 1879 and their reception was not friendly. As the two female preachers gave their sermon in Anderston, locals yelled and swore and threw stones at them. Yet within six months, the Salvation Army had established itself in the city and over the next five years, branches (or corps) appeared in a number of Scottish towns. By the early 1900s, the Salvation Army was a staple in Motherwell, complete with its own brass band. 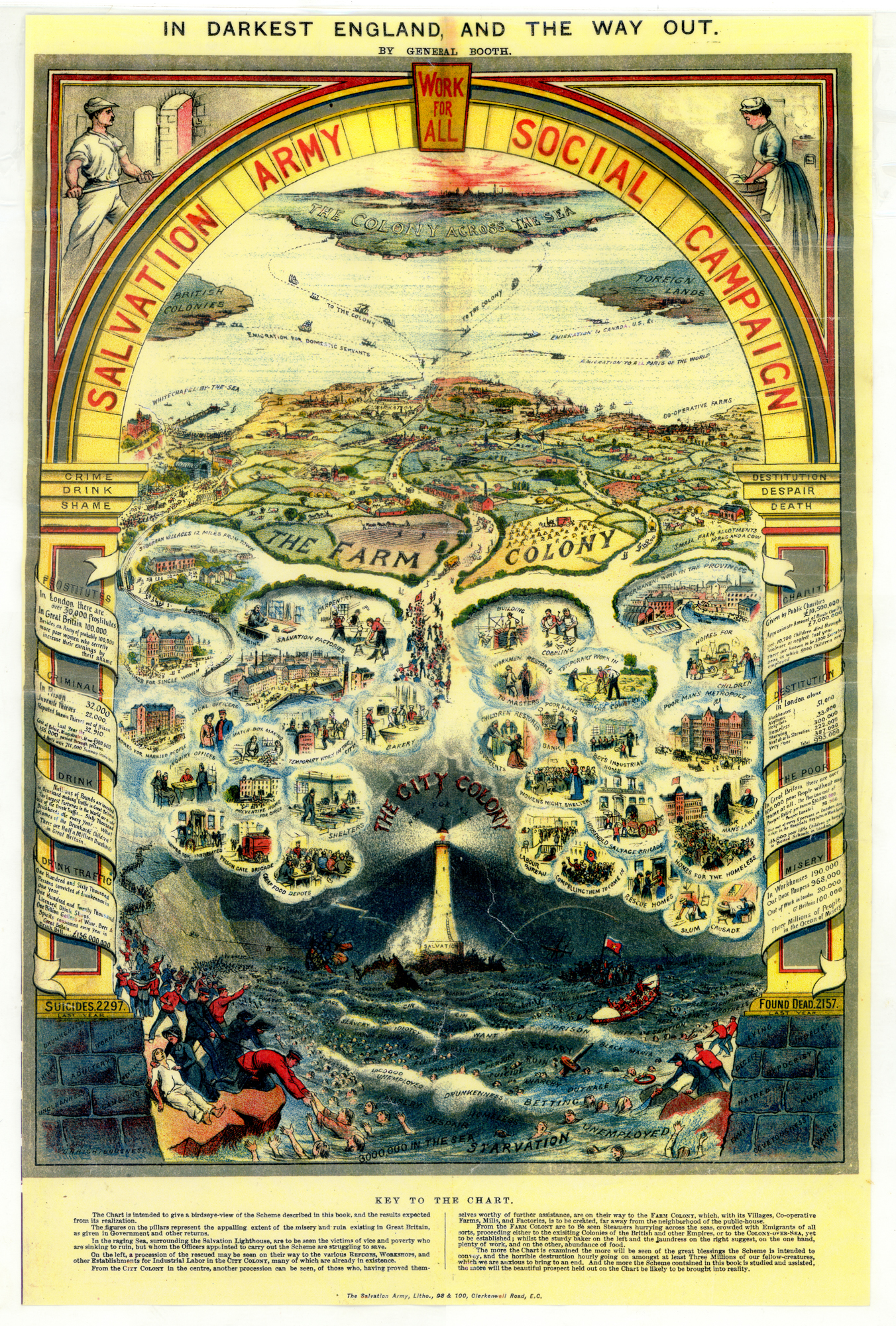 By 1907, the Cross was becoming crowded. On Sundays, the collected congregations could number as many as 500 people and these crowds completely blocked the sidewalk and the road traffic. Vehicles would have to be guided slowly through the throngs, if they could get through at all. Meetings, debates, prayers, sermons, and religious music could go on from 2pm to 11pm at night. This noise bothered many of the residents of the Cross, for whom Sunday was their only day at home. 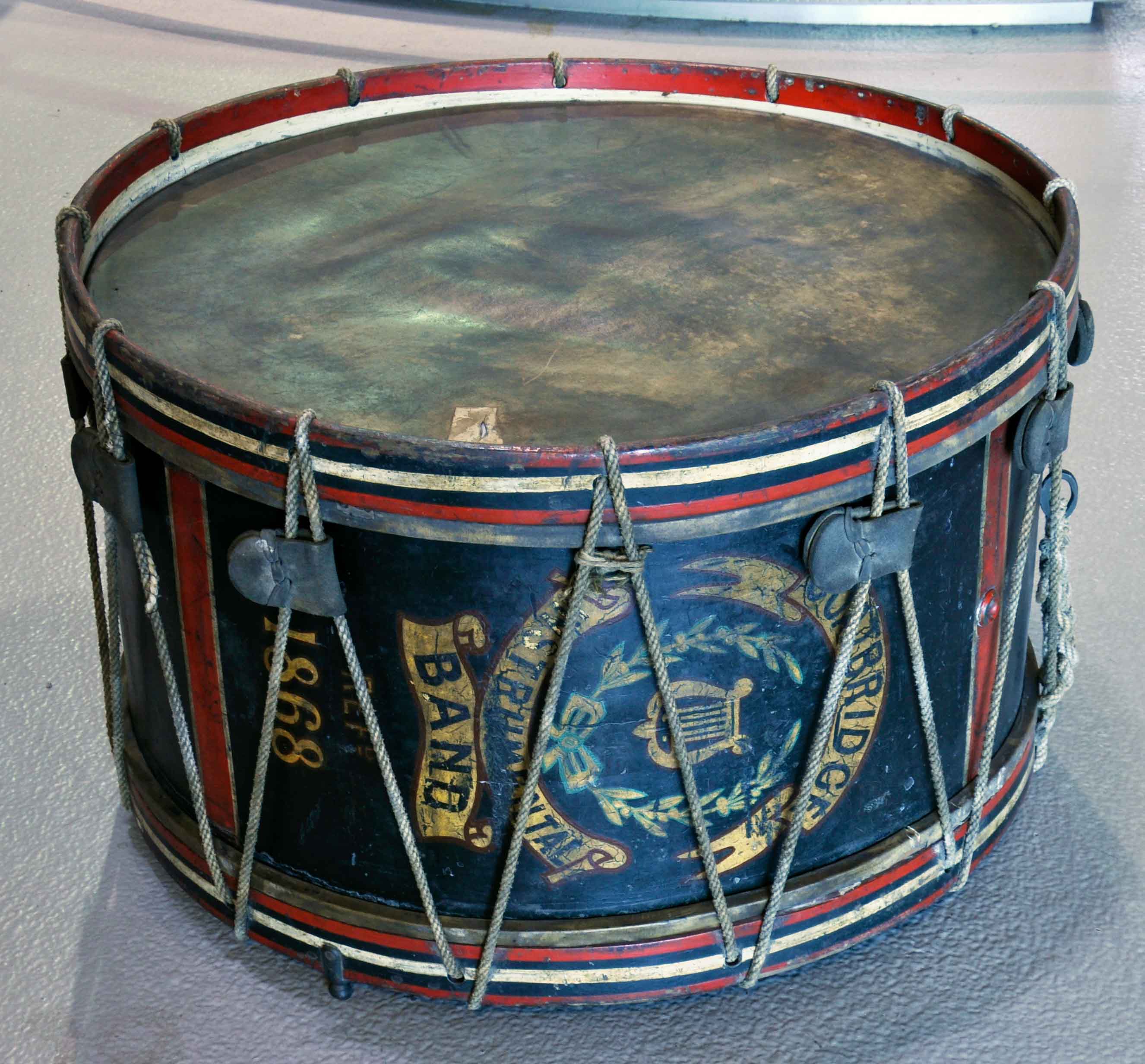 After receiving a number of complaints, the local constables turned to the town magistrates for assistance. They issued a degree that no more meetings could be held on main streets starting July 1st of 1907. At first, this seemed to be the end of it. The other congregations moved to smaller streets or indoor venues and the Salvation Army branches of Motherwell and Glasgow agreed to move as well. But the London head office of the Salvation Army was incensed. Salvationist preaching had received push-back in other parts of the country, and so they told the Motherwell branch to stand its ground as a matter of principle.

So, as July 1st came and went, the Sunday crowds at the cross remained. When police tried to intervene, they were pelted with stones and pennies (meant for the collection basket). After handing a police officer a stick, one young man was chased home and besieged by a mob of angry Salvationists. Instead of calming down, things were escalating.

On July 21st, Motherwellians and Salvation Army officers Maggie Bell, Flora Harrison, and George Martin were charged with defying the order of the magistrates. They were ordered to appear in court that Friday, the 26th, and were found guilty by Bailie William MacNeill (who would later serve as the burgh’s 15th provost from 1916-1919). 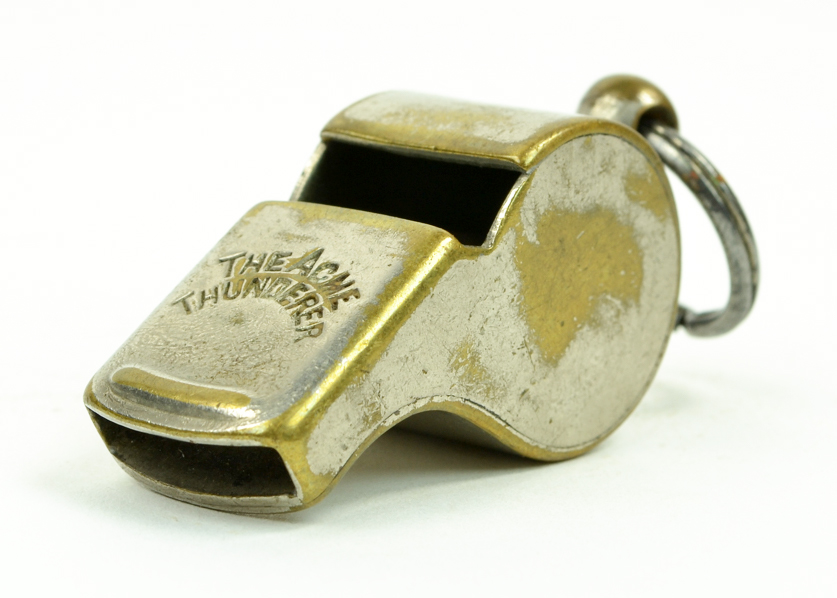 They were given a choice: to pay a fine of 2 shillings sixpence (~£10 in today’s currency) or face 24 hours of jail time. They chose the jail time and were sent to Glasgow that evening for their imprisonment. In the end, however, they did not have to serve a full 24 hours and were released at 8am the following morning.

Short though this incarceration was, the Salvation Army played it to full effect. When the three detainees arrived back in Motherwell, they were driven from the train station into town accompanied by a large crowd and two brass bands. They were dressed in imitation prison uniforms and waved from under a banner which read “Released from Prison after imprisonment for preaching the Gospel at Motherwell.”

Yet, this hero’s welcome only extended so far. At the meeting that evening, as Colonel Byers recounted their 24-hour ordeal, the voice of at least one annoyed Motherwellian could be heard yelling over the cheers: “Not long enough!”

The demonstrations and arrests at the Cross continued throughout the autumn and winter months. On the whole, Motherwellians were divided on the issue of the Salvationists and debates raged in the local newspapers.

Some disagreed with the Salvation Army’s approaches. They felt that the gatherings were too boisterous, too disruptive, and too antagonistic. 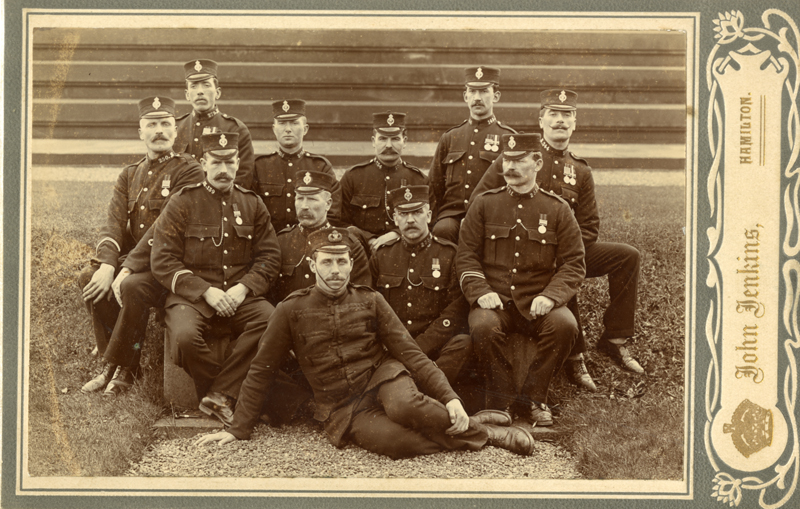 “The recent indiscretions of the Salvation Army have helped create new forms of “religious hooliganism”… Motherwell has for years [been] the dumping ground of every religious crank, and the fact that it still harbours flabby spouters, whose leach-like propensities enable them to stick to anything which is likely to yield comfortable monetary return for a lazy existence, is to be regretted.” – Jake, The Motherwell Times 30 August 1907

Others felt that these congregations in the street were a good thing for the town. Their messages against smoking, drinking, and gambling were seen as wholesome and their meetings were considered preferable to young people causing trouble elsewhere in town. 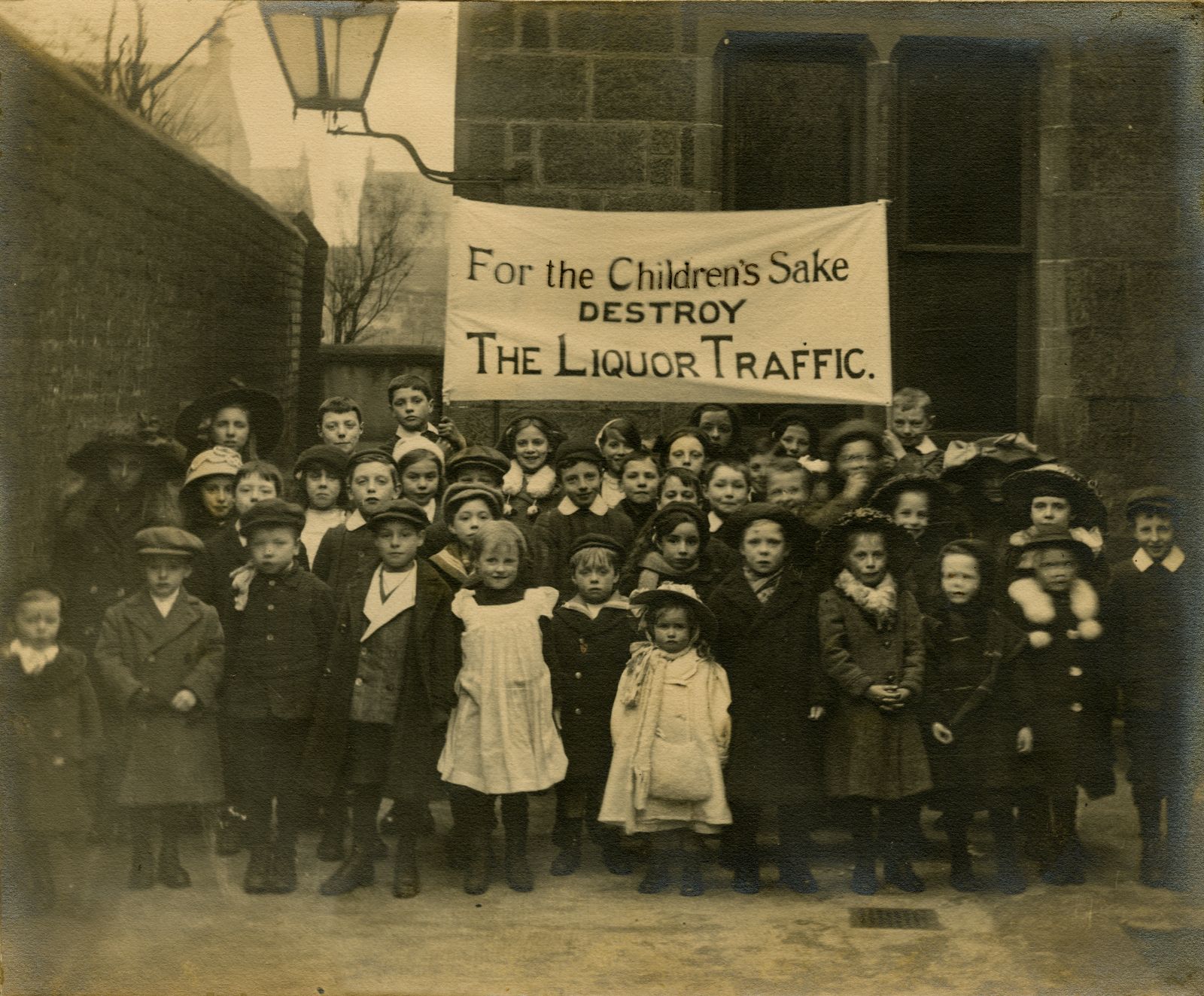 “Not only are they [the magistrates] not content with opening more public houses at the Cross – places that must of necessity exert an influence for evil in our midst – but they also issue an order stating that no preaching of the gospel is to be allowed there to counteract that influence.” – “An Army Supporter,” The Motherwell Times 2 August 1907

See: Sobering Up: The Temperance Movement

“For the fourth time our townsmen and maidens were driven off to prison on Thursday last for daring to obey the command of the lord … to suffer the ignominy and degradation of felons in a common prison… which made us almost think we were in autocratic Russia instead of Scotland with its boasted civil and religious freedom” – J. Morrison, The Motherwell Times 15 November 1907” 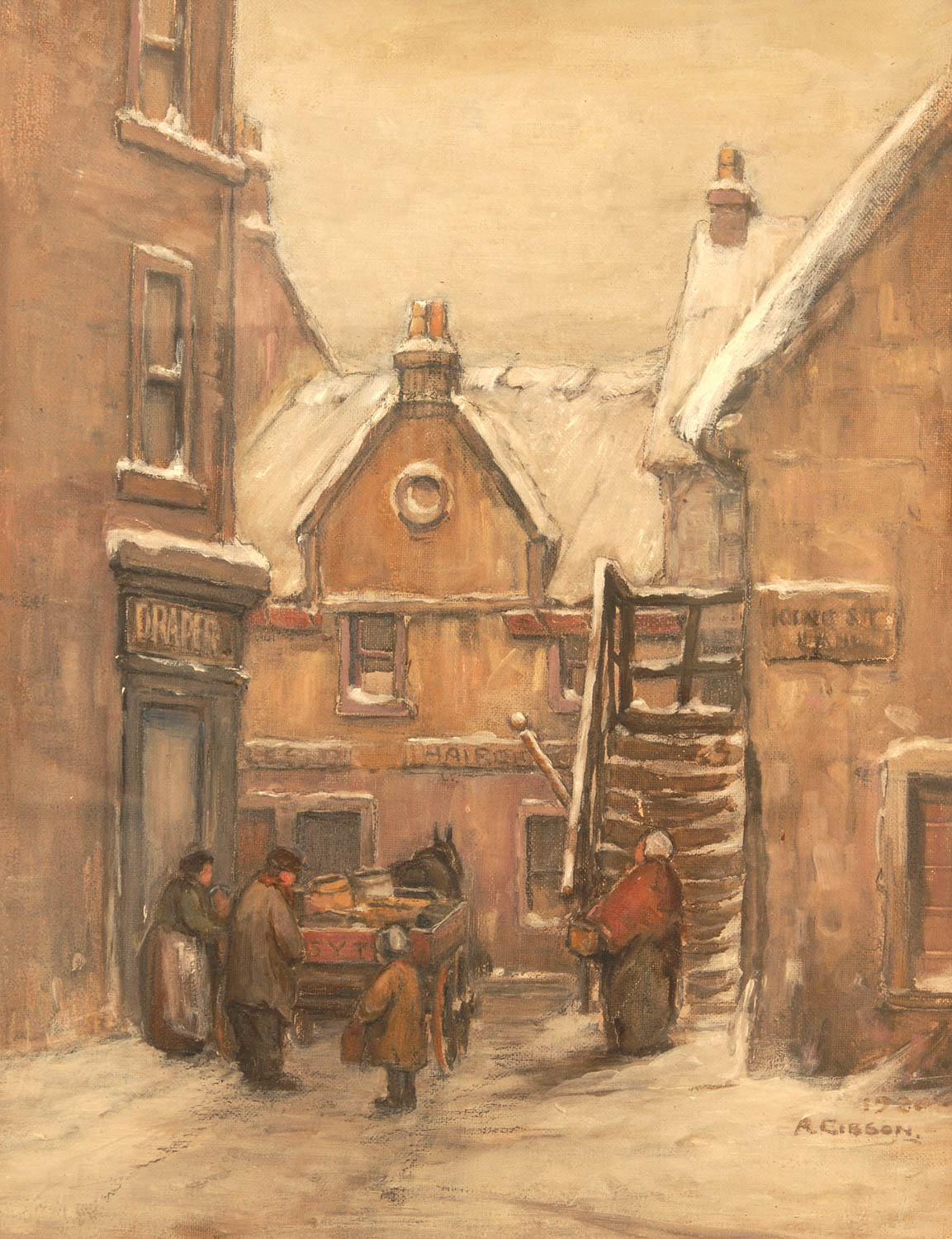 Yet by December, the controversy over the meetings at the Cross began to ease. The inclement winter weather was part of this, increasingly moving the faithful indoors. The Town Council also began to arrange with religious bodies to allow for shorter meetings that would not take up the entire weekend. Though there would be occasional flare ups over the coming years, the drama had largely run its course. Yet it was not forgotten by the locals.

For at least three decades afterword, 1907 was referenced in the newspapers simply as the “troubled period.”