A Bank for the Poor

The Airdrie Temperance Society Savings Bank opened for business on 21 January 1835 to encourage the working people of Airdrie to save. By the time the bank closed in 2017 it was the last independent savings bank in the UK.

What is a Savings Bank?

A savings bank is a bank set up that members can pay into and receive interest and so build up their savings.

The Airdrie Savings Bank was born out of the savings bank movement which began with the creation of friendly societies at the end of the 1700s to tackle poverty by encouraging thrift. The idea was to provide some level of protection for workers at a time when there was no state protection from poverty and instill self-sufficiency. This was part of the ‘self-help’ movement that encouraged working people to become self-reliant.

Sir James Knox, who was the driving force behind the Airdrie Savings Bank as its Manager for decades wrote, “Thrift is one of the highest of human virtues. It is something altogether different from the mere piling up and safe keeping of money. On the contrary, thrift is the right usage of wealth – money included.” This was the philosophy that drove the Airdrie Savings Bank.

The first savings bank was founded in Scotland. The Ruthwell Savings Bank opened in Annan in 1810 and Scotland led the way in the formation of the movement. This was initially driven by the fact that Scottish trustee savings banks could earn interest on their holdings by depositing their funds with Joint-stock and chartered banks.

From 1817 English and Welsh savings banks were allowed to deposit funds with the Bank of England and earn interest. Even so, well into the 20th century Scotland had more savings banks and more money in savings banks per head of population than England.

A more immediate trigger for the founding of the Airdrie Savings Bank was the town’s new-found wealth from coal mining . The growing city of Glasgow needed more and more coal to the extent that the Monkland Canal was built to take it from the mineral-rich land of the Monklands into Glasgow. This raised new prospects for Airdrie after a period of turmoil caused by the decline of hand-weaving after mechanisation. Thrift had come to be seen as a way to ensure that society was not just moral but also stable. 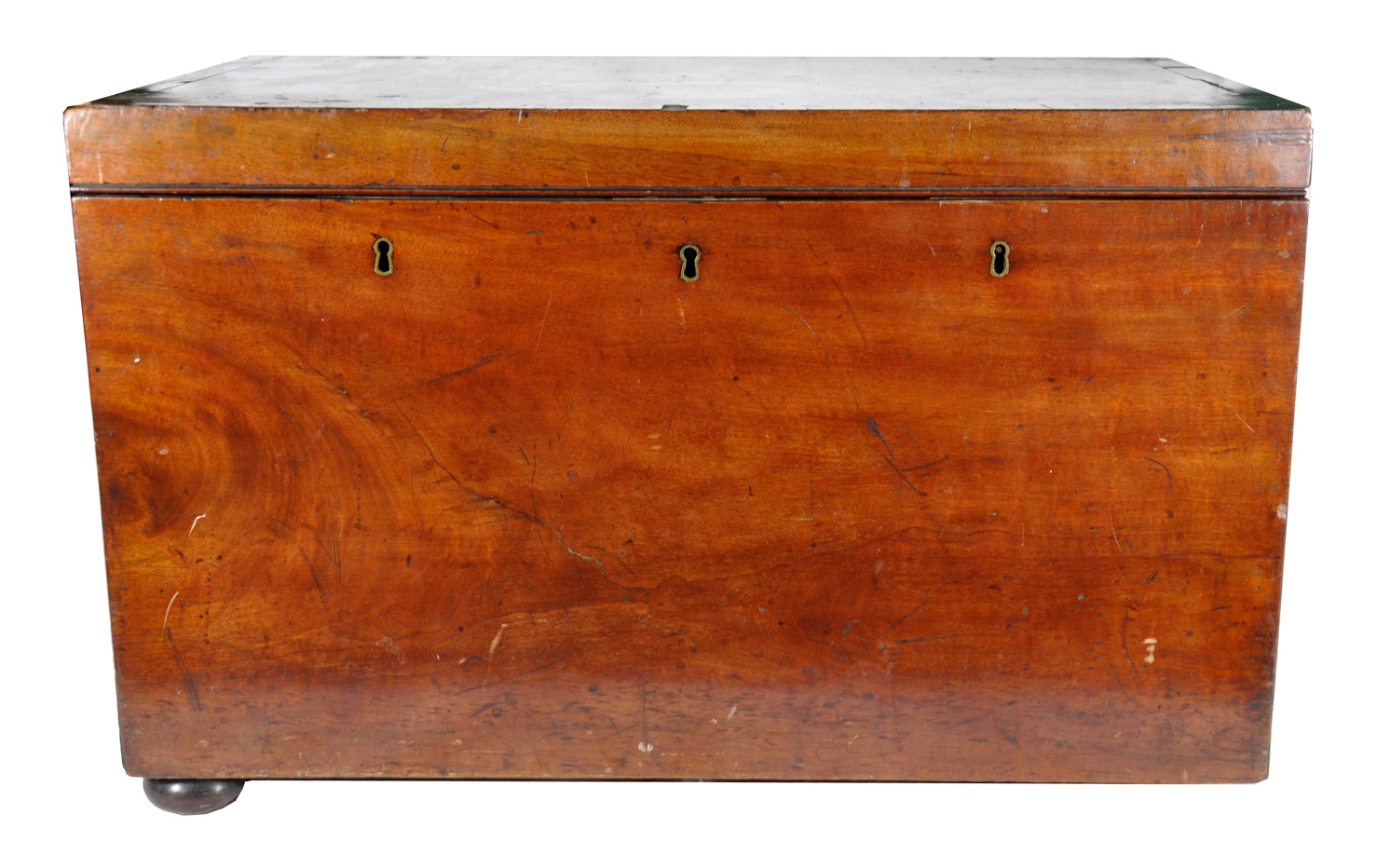 The bank’s founders were a mixture of church ministers, landowners and traders including James Knox, a hat manufacturer. His grandson, also called James Knox would go on grow the bank beyond all expectations later in the century. Most of the founders were members of the Airdrie Temperance Society which was founded to discourage drinking but had developed a wider remit to improve morality in the town.

The first President was Dr William Clark of Wester Moffat, a local landowner who had  benefitted from the mining of coal and ironstone on his lands. Others involved in the movement to found the bank included weavers, a stonemason, a tailor, a salesman and a blacksmith.

In its first year of trading the Bank did business totalling £388 and 64 accounts were opened. The annual report for January 1836 declared that this “shows the prosperous state of the Savings Bank, and how much it is calculated to promote the care and welfare of society.”

The bank didn’t have a permanent headquarters until 1925. It first traded from the Session House of Graham Street Church before moving to the back shop of Jack’s Merchant Tailors, then the back shop of Knox’s Hat Shop. However, in 1883 the trustees agreed to the younger James Knox’s proposal that the bank move out of the back room of his hat shop and into a separate office at a rent of £17 10 shillings. However, the trustees insisted that Knox rent the premises in his own name and decorate it himself at his own expense! He later wrote that, “the opening of that office was the opening of a new era. From that day to the present time [1927] the Bank has gone on from one success to another without a halt.” 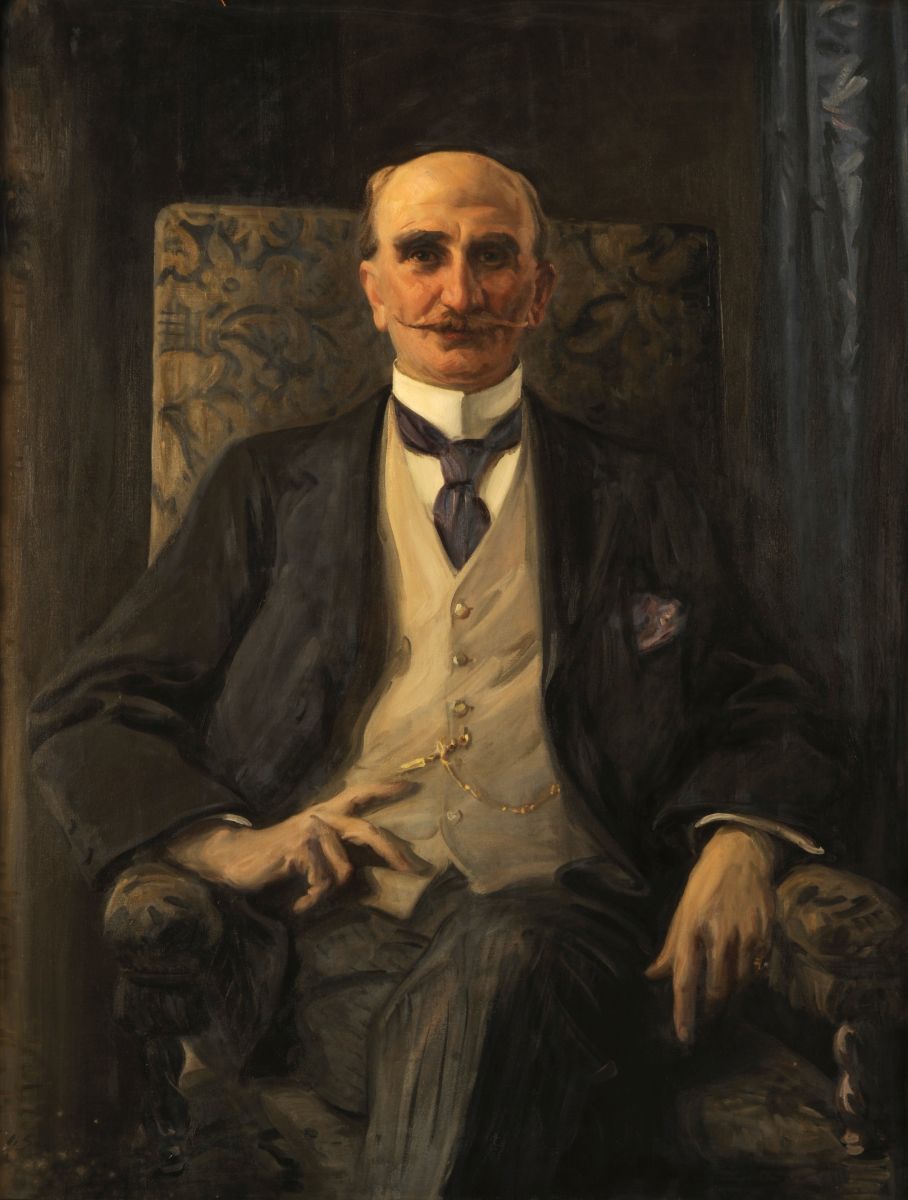 Some customers objected to the Bank having its own premises instead of being in the back room of another business because now anyone could see when they went in or out of the bank and would know that they had a bank account.

The Coatbridge branch opened in 1921 on the former site of the Royal Hotel on the corner of Sunnyside Road and Main Street. At the opening ceremony the Bank’s President was presented with a gold key and asked to declare the office open for business. 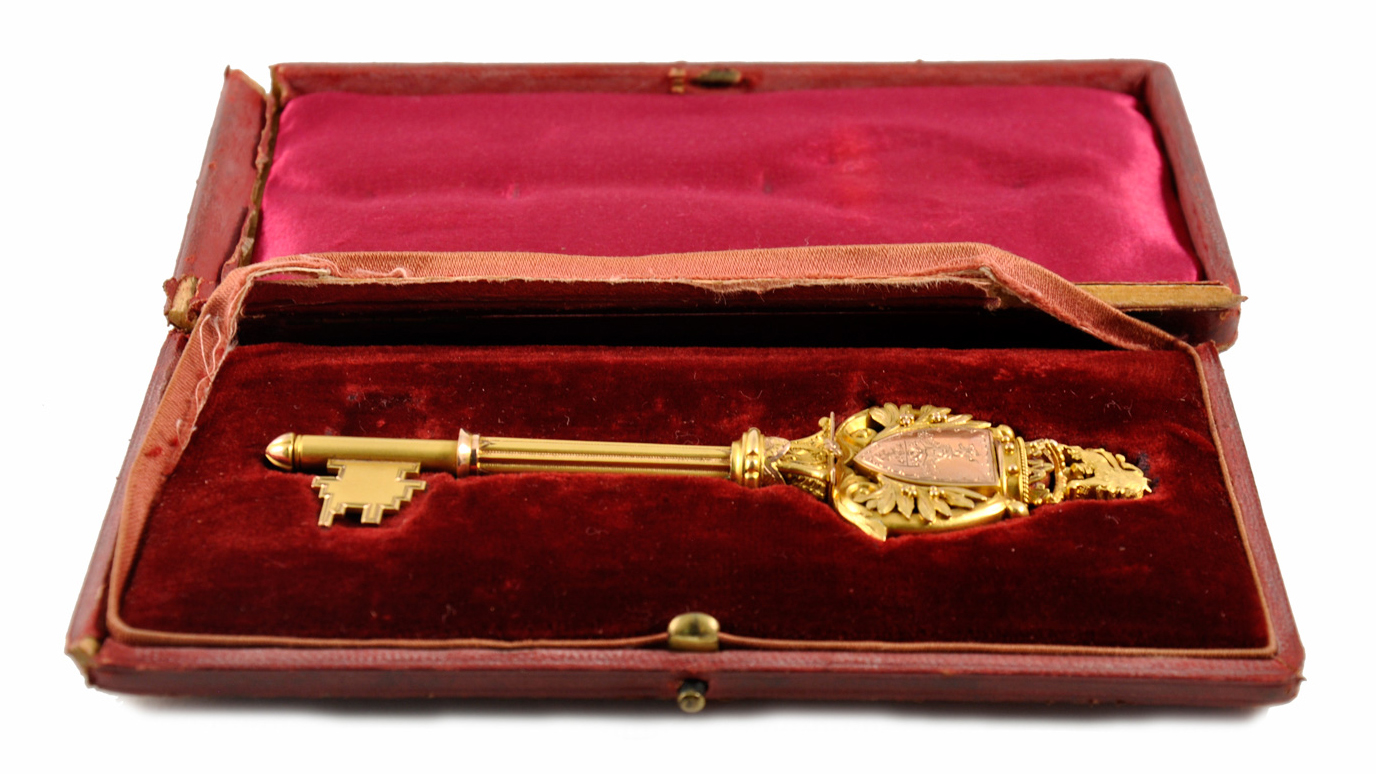 Alexander Davidson remarked that, “it had been left to an old institution like the Airdrie Savings Bank to beautify the streetscape of Coatbridge, and it was only to be hoped that when things were normal the example would not be lost sight of, and that the main thoroughfare of Coatbridge would be changed from its present dull state to one of beauty.” 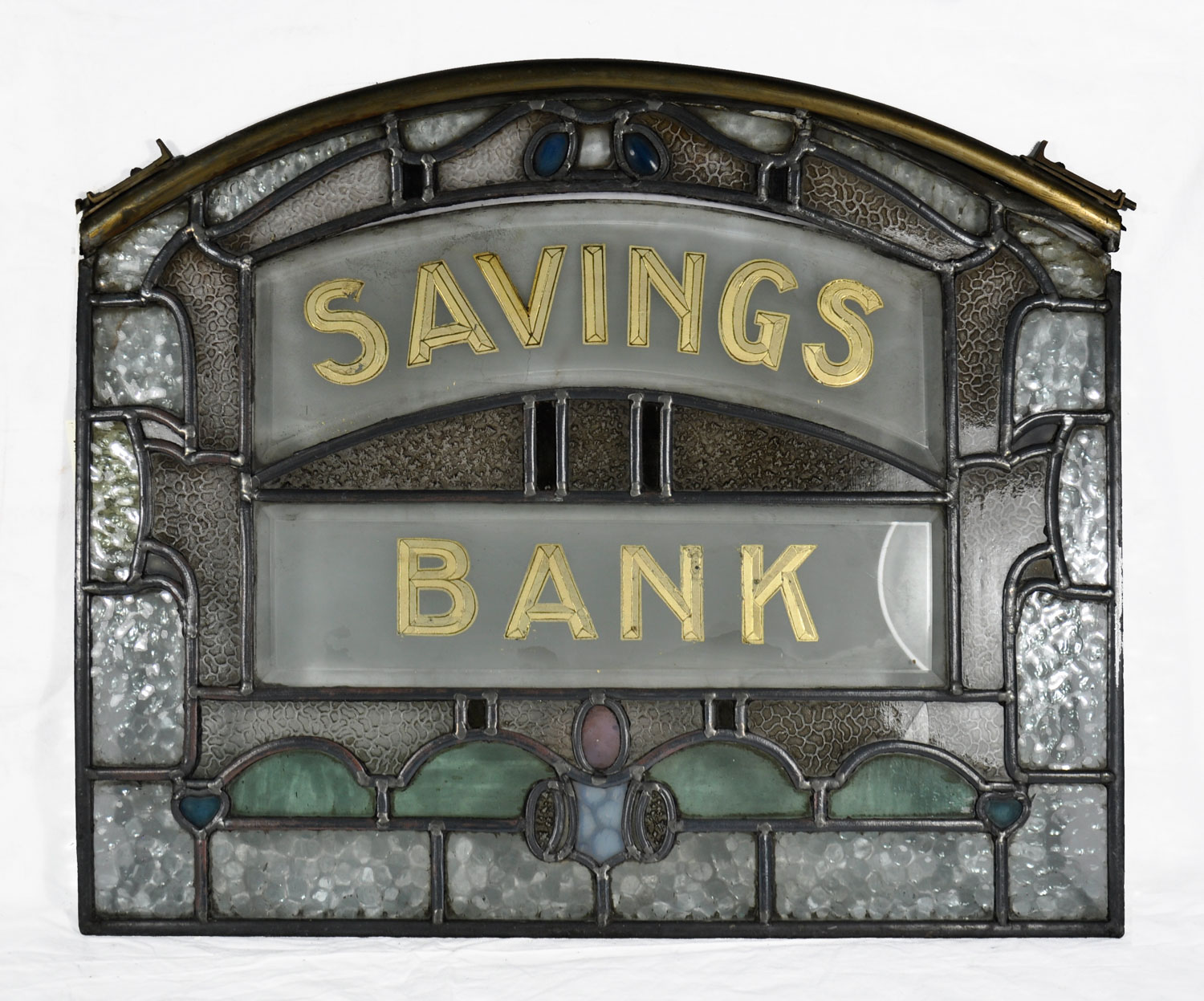 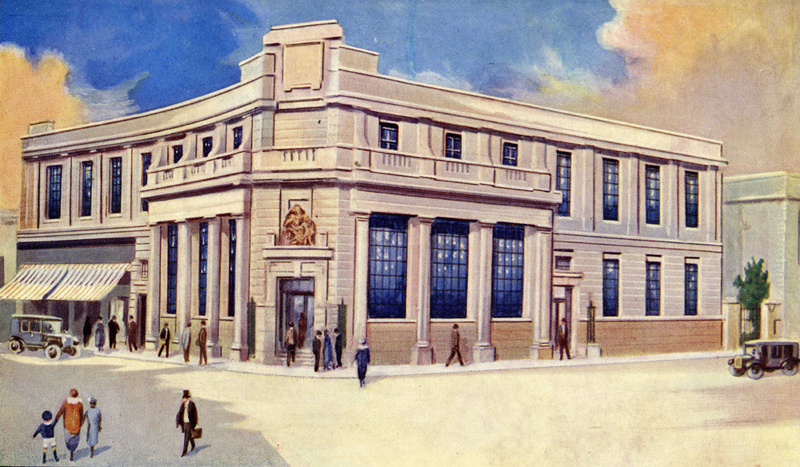 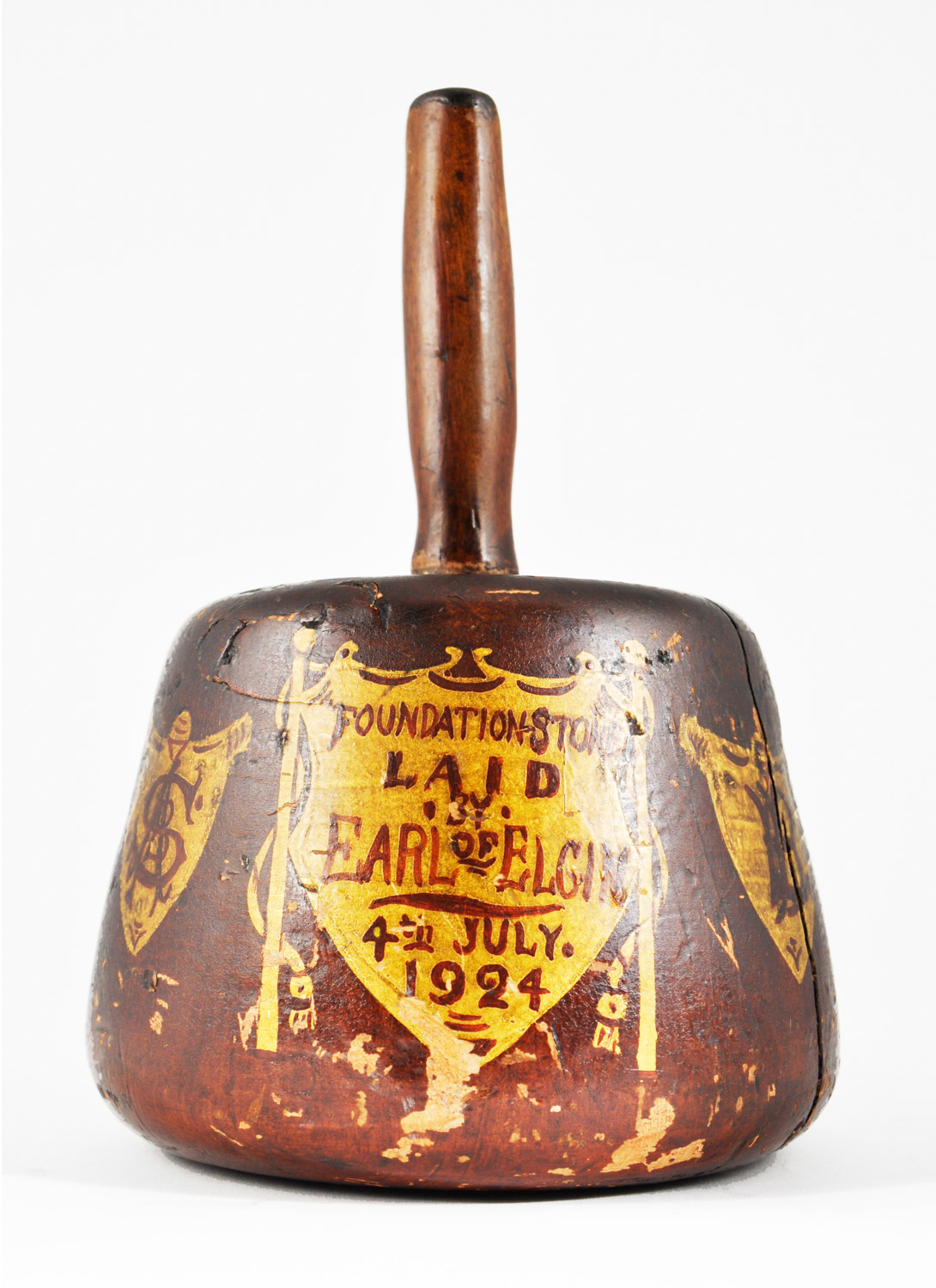 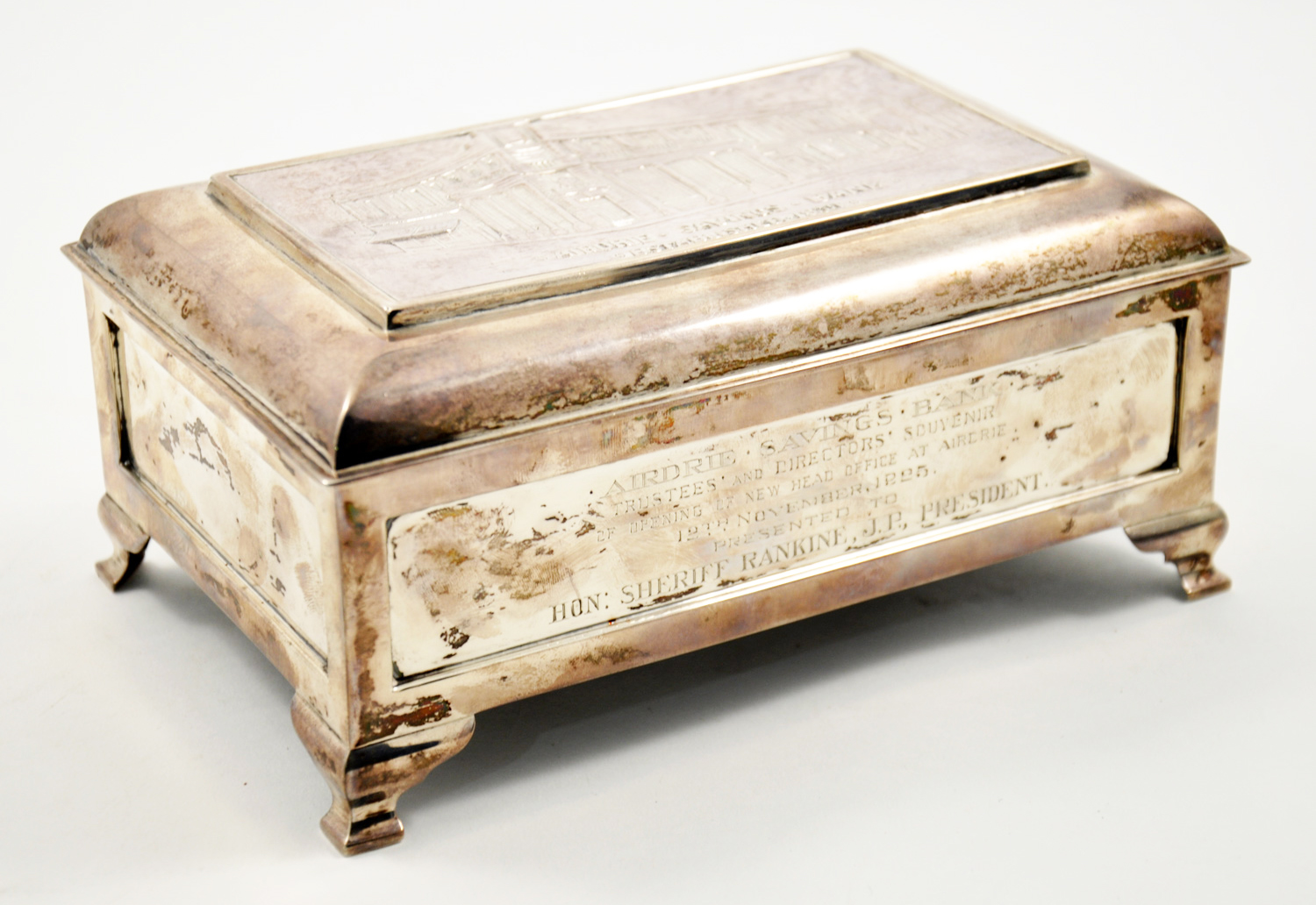 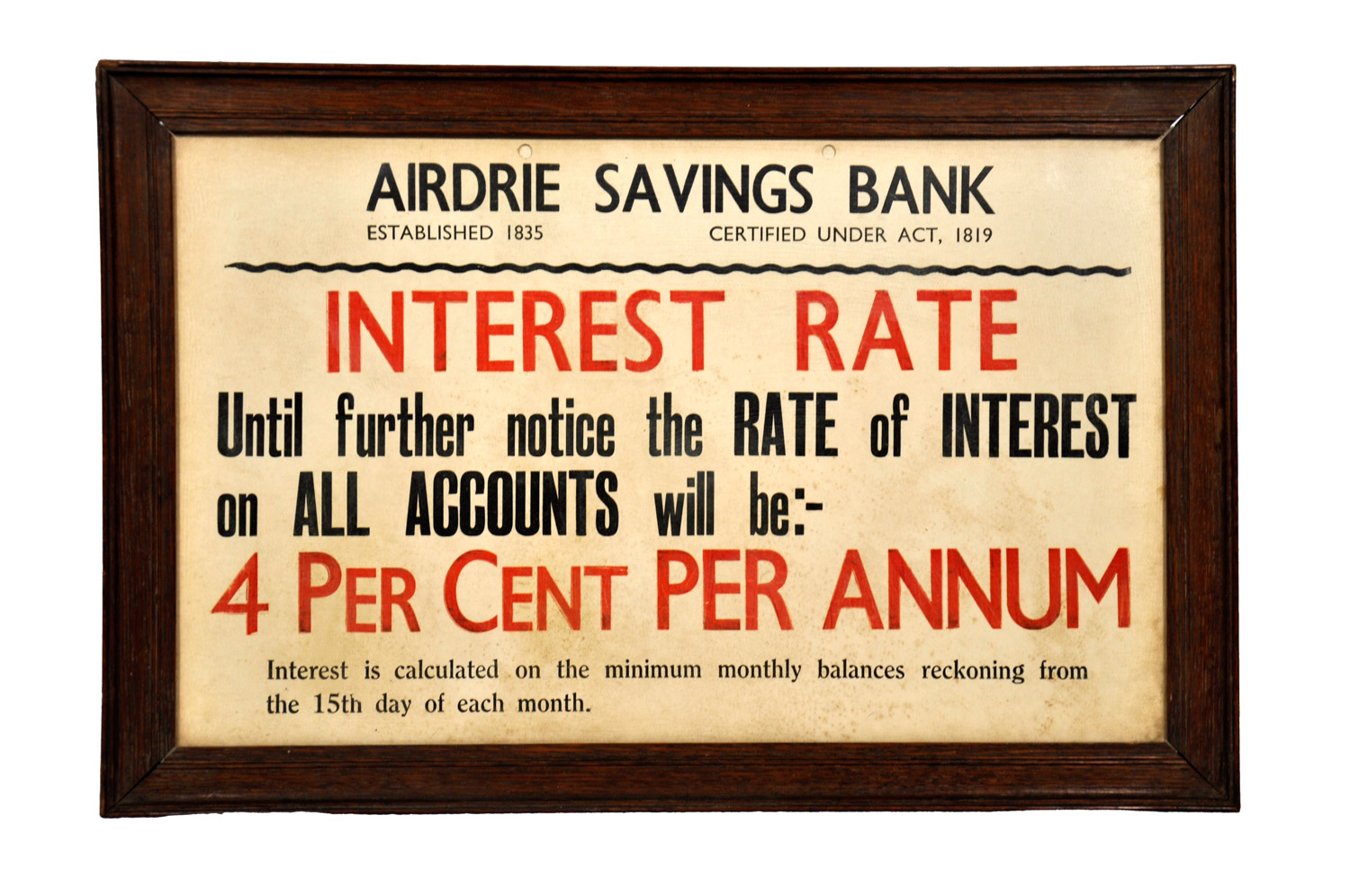 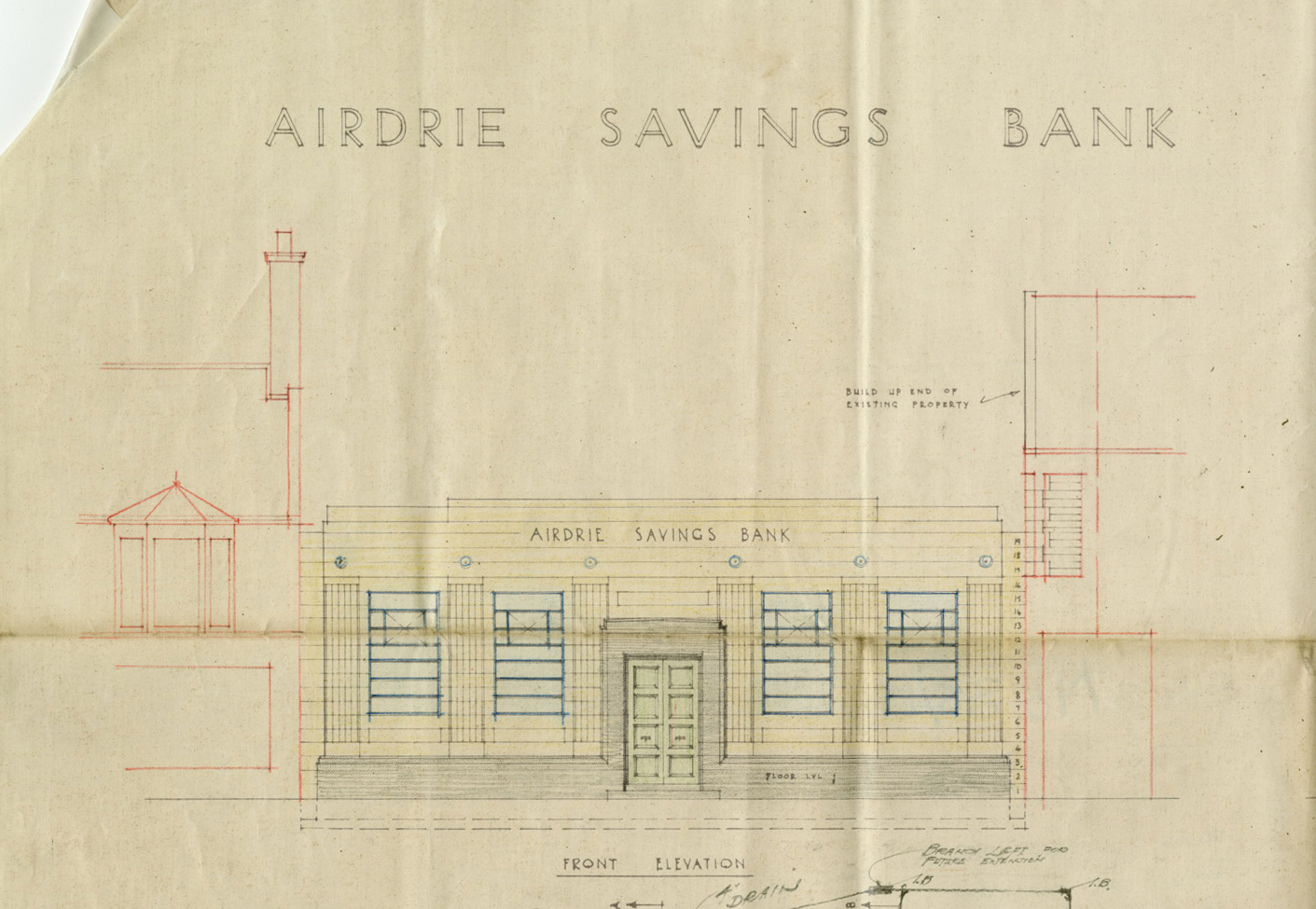 By the time of its centenary in 1935 the bank had branches in Coatbridge, Bellshill, Muirhead and Shotts as well as the head office in Airdrie. 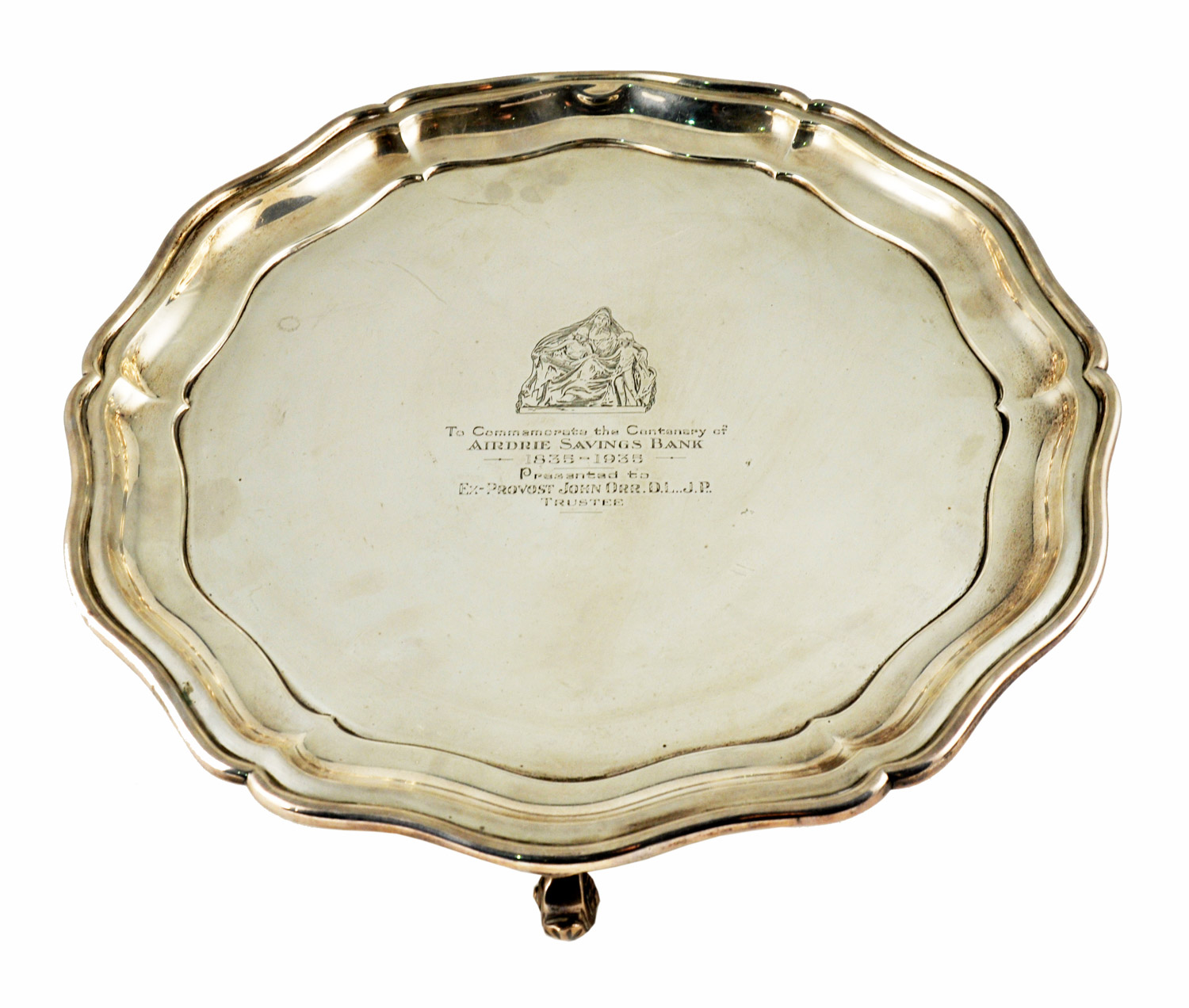 The Airdrie Savings Bank always had strong links both with business and local politics and in 1926 the Provost of Airdrie, Thomas Armour became President of the bank.

During both world wars the deposits grew as a result of government war savings schemes and it was in 1916 that the bank’s funds passed the £1 million mark.

A new office was opened in Bellshill in 1917 and this expansion continued in the years following the First World War with several new offices opening. 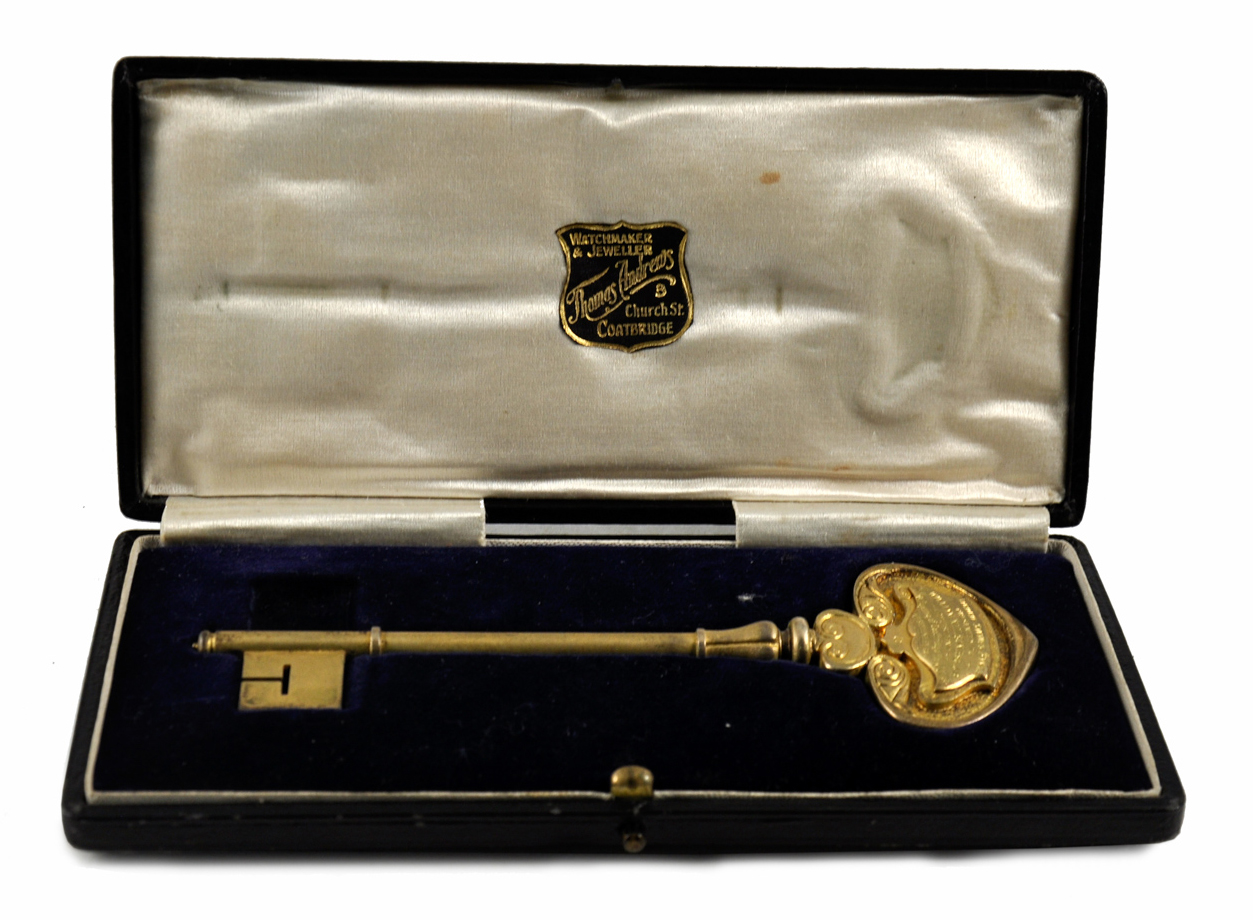 After the Second World War growth slowed during the tough years of austerity followed by increasing competition from Post Office savings bonds and hire-purchase schemes for products.

When Walter S Knox, the Manager of the bank died in 1954 his family connection with the Airdrie Savings Bank lasting more than a century came to an end. Son of Sir James, Walter became Bank Secretary in 1921 and succeeded his late father as Manager in 1938.

The 1970s saw the arrival of the first computer terminals. The head branch was renovated to accommodate a large mainframe computer that all but filled the room it was housed in. The system went online in January 1977. Appropriately, the software it ran was called ‘Thrift’. The head office was refurbished with new furniture at the same time.

The bank had long been involved with financial education and for a long time distributed metal savings boxes. The Schools Savings scheme was renewed in 1979. 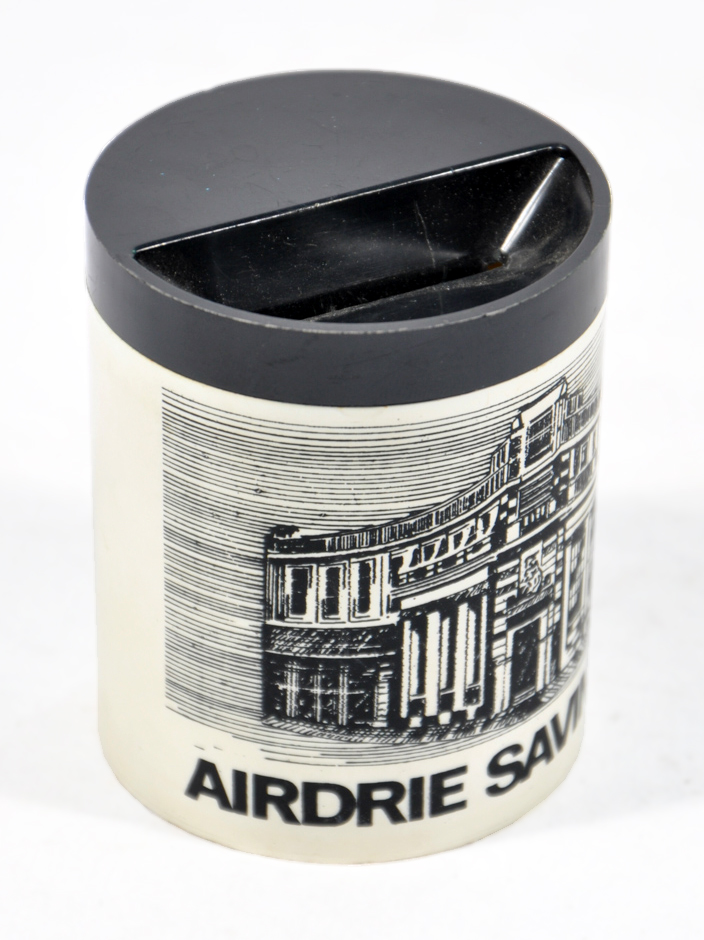 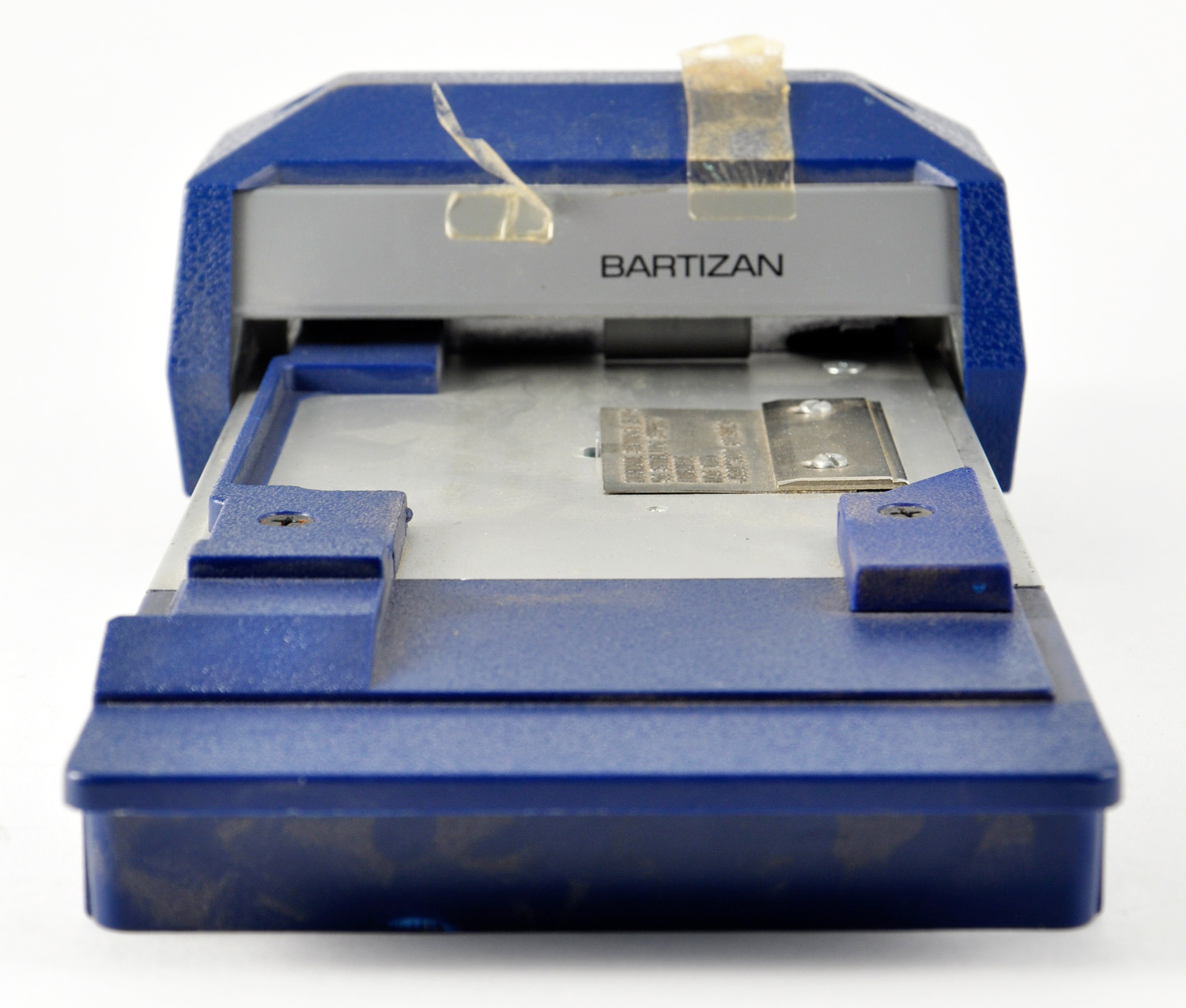 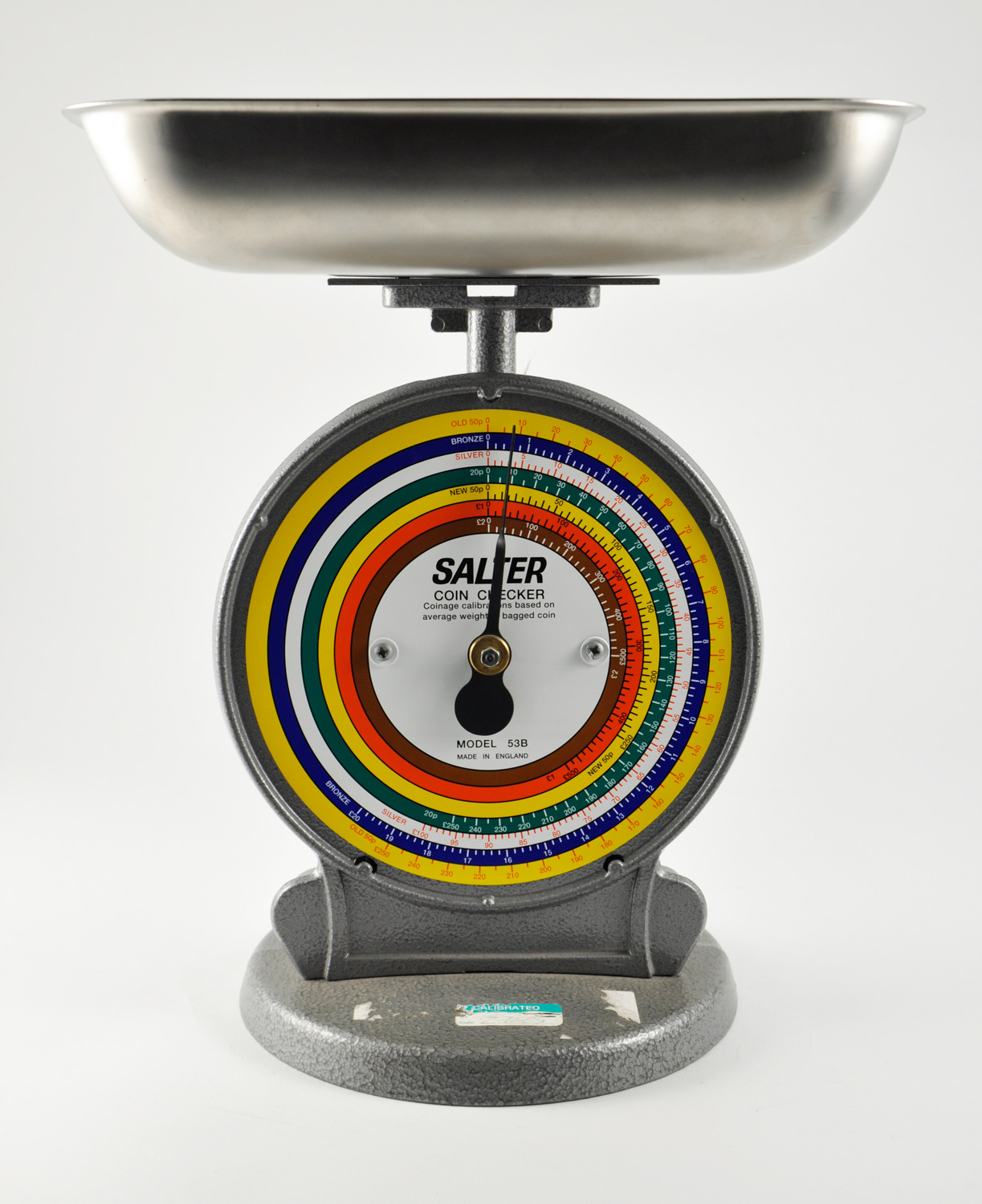 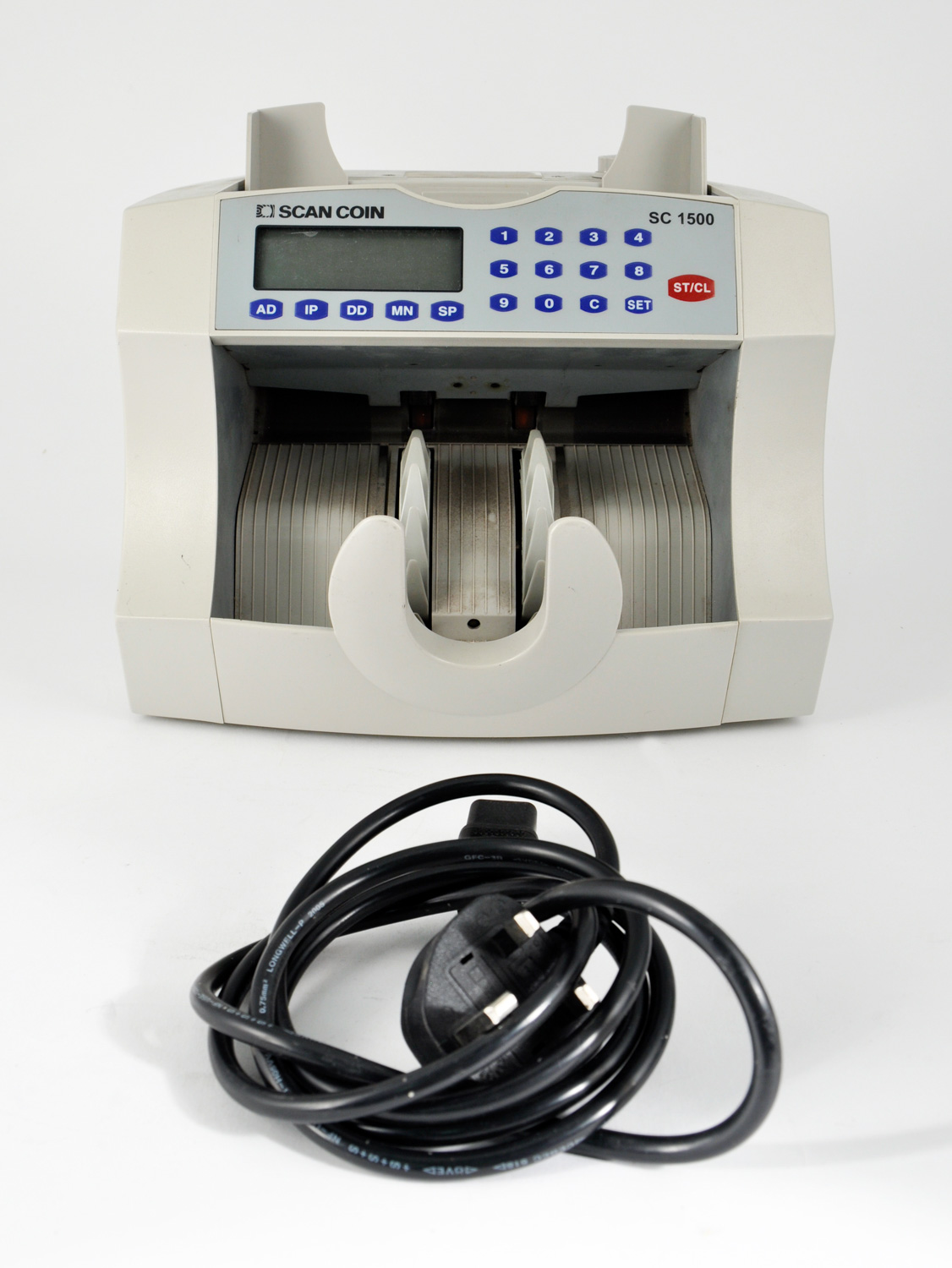 By the early 1970s only five Scottish savings banks were left, of which the Airdrie bank was the biggest. This number continued to fall as bigger financial institutions took over the small banks.

In the 2000s banking continued to change. Transactions increasingly moved online while new regulation was introduced after the 2008 crash. Banks were also increasingly competing with other financial services and investment opportunities such as peer-to-peer lending.

In 2016 the Airdrie Savings Bank announced plans to stop trading. The Airdrie headquarters and nearby offices and the remaining branches in Bellshill and Coatbridge were to close with the loss of 70 jobs. Jeremy Brettell, the bank’s last Chairman said, “Whilst we are financially strong, a comprehensive strategic review of all future options concluded that we will not have – as a very small bank – the resources in the years ahead to provide the products and services our customers need in this increasingly digital world.”

Historic artefacts and the Bank’s archive were transferred to North Lanarkshire Council’s Museums and Heritage Collections. They will be preserved for future generations in the museum collection and archive respectively.

Although the Airdrie Savings Bank has gone its legacy remains, particularly in the credit union movement and in the memories of those it helped.

Please get in touch if you would like to record your memories of the Airdrie Savings Bank. Whether you worked for the bank or were a customer, we would love to hear from you.

From Long Locks to Short Bobs: A History of the Influence of Cinema on Hair Trends