Your journey will take you through the fascinating story of Motherwell and its surrounding area, from the first settlers to the birth of a town, industrialisation and beyond.

Don’t miss the viewing platform at the very top to see fantastic views of the modern Motherwell townscape!

Archaeological artefacts tell the story of rural Lanarkshire’s earliest peoples, from Stone Age settlers to the Roman conquest, the coming of Christianity and the religious conflicts of the Middle Ages. Look back at the area’s pre-industrial heritage and learn about the landowning elite who shaped much of North Lanarkshire’s future. 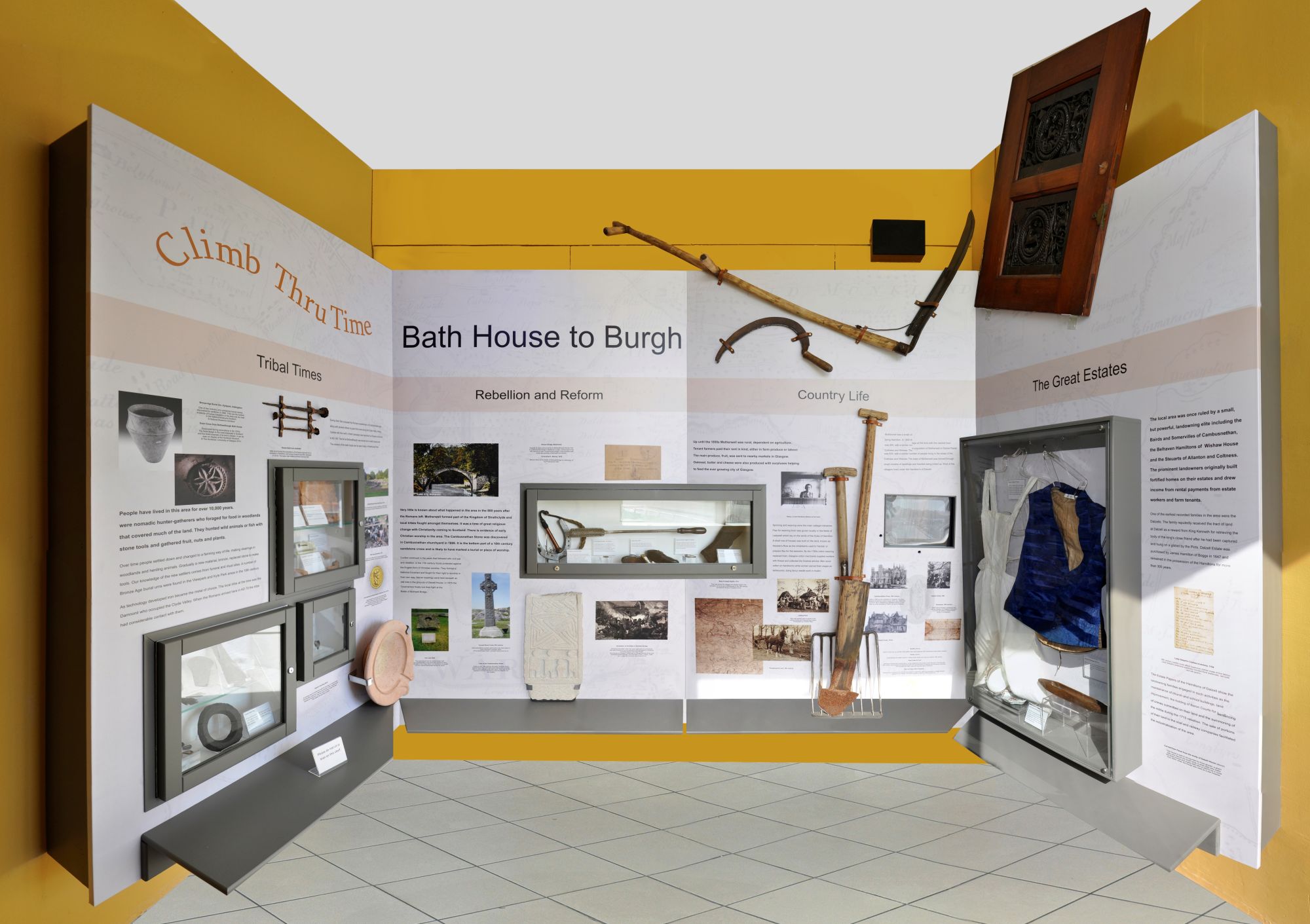 Be transported through the Industrial Revolution, from the expansion of the railway network to the rapid growth of North Lanarkshire’s industries and towns. Explore star objects from our industrial collections to understand the power of coal, iron and steel and find out about feats of engineering excellence. 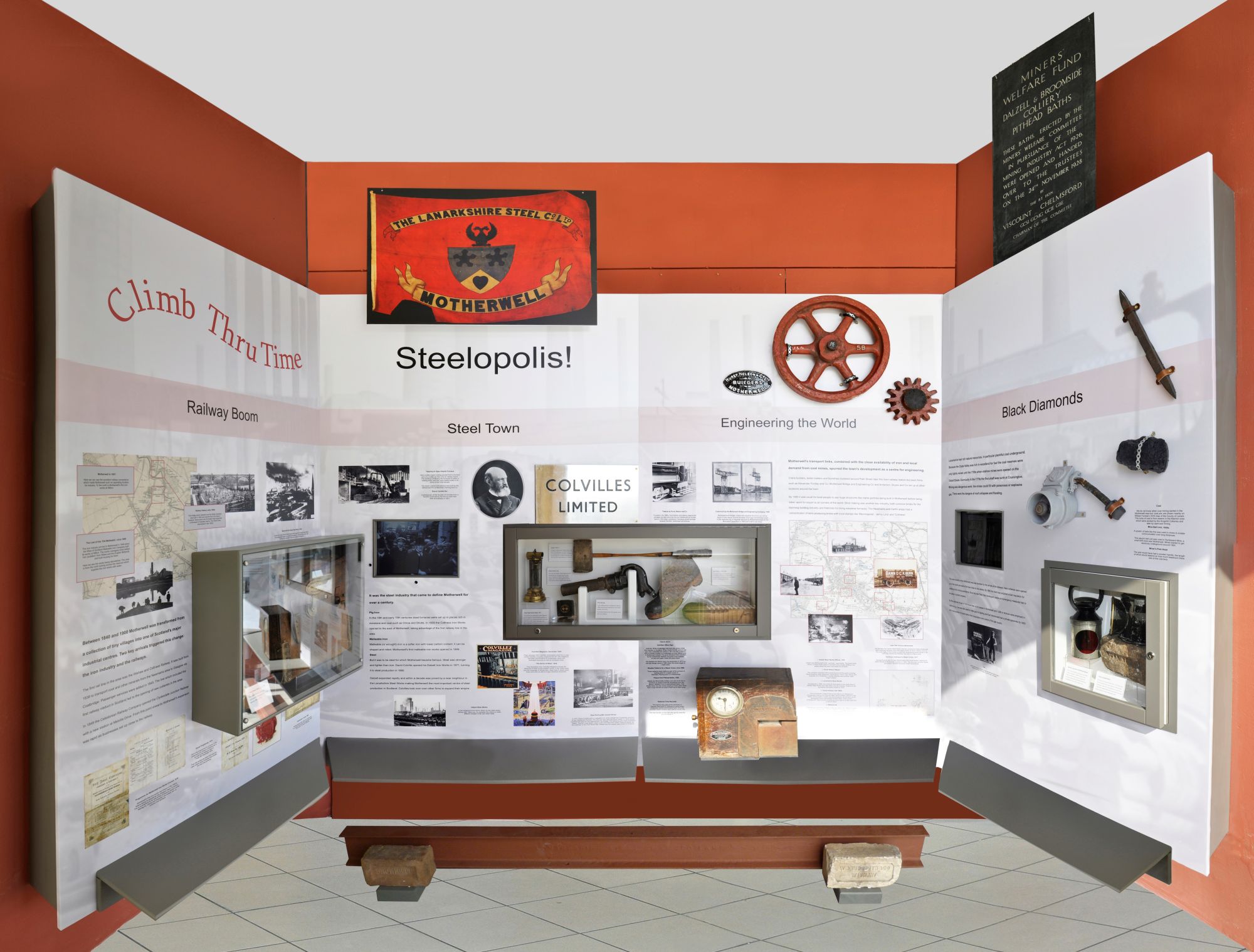 Peruse political pamphlets, badges and banners to see how the Industrial Revolution brought about social and political reform in North Lanarkshire, from the formation of friendly societies, trade unions and leisure pursuits to the impact of the world wars and birth of the NHS. 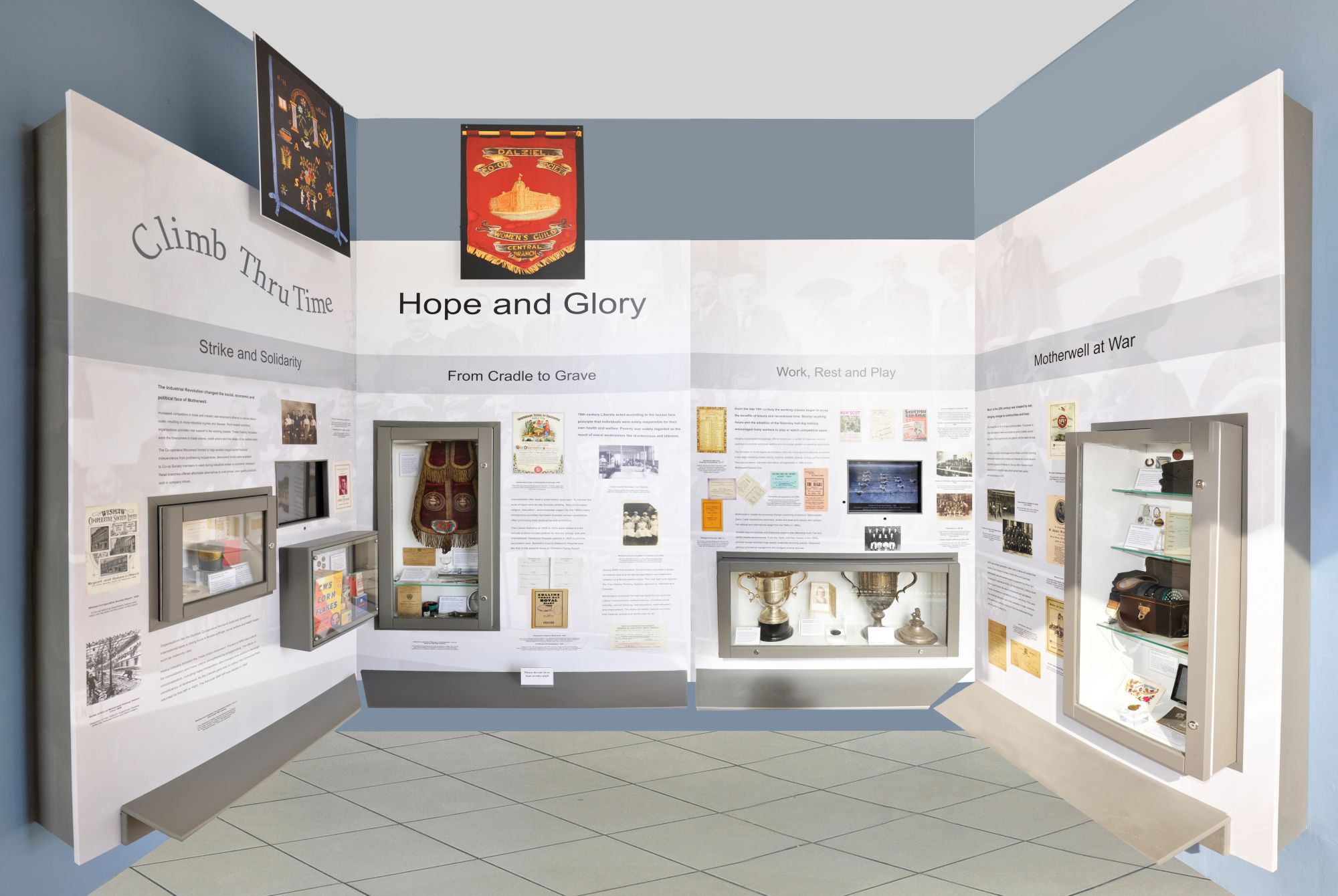 Level 3: Out of the Ashes

Discover North Lanarkshire’s legacy to its modern day communities, from the rise and fall of Ravenscraig to crane construction, confectionery and sporting celebrities. Marvel at Motherwell’s Olympians before you travel to the top of the tower! 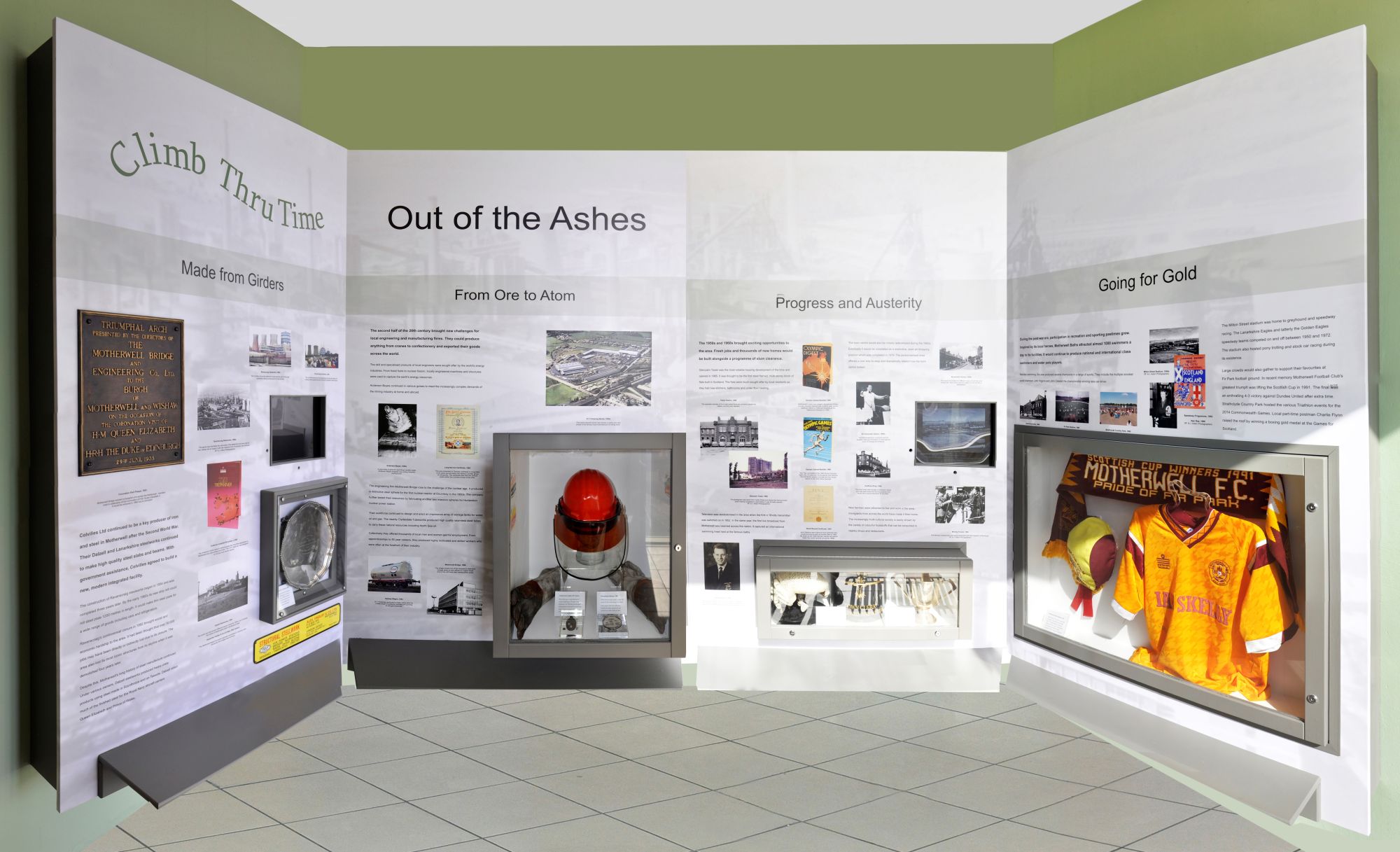 Climb Thru Time Level 3: Out of the Ashes